By Doug Meyer, author of Violent Differences: The Importance of Race in Sexual Assault against Queer Men

This post was originally published on The Society Pages and is reposted here with permission.

Sexual assault has received increasing attention in recent years, since the hashtag #MeToo spread on social media in 2017 in response to sexual-abuse allegations against Harvey Weinstein.  Some scholars have noted, however, that much of this advocacy and media emphasis has focused on women with race and class privilege.  Most of the women who garnered attention were white and heterosexual celebrities, with high-paying jobs.  #MeToo also began earlier than this time, as Tarana Burke, a Black woman, initially used the phrase in 2006.  #MeToo’s focus on primarily white women survivors has led some scholars to argue that Burke’s contributions have been sidelined and that gender inequality has become privileged over other forms of oppression, such as institutional racism, in sexual assault advocacy.  This emphasis on white women’s assaultive experiences does not reflect which group faces a preponderance of this violence.  For example, as I note in my book, Violent Differences: The Importance of Race in Sexual Assault against Queer Men, some nationally representative data in the U.S. has shown that Black men experience rates of sexual victimization at higher rates than white women. Research has also shown that queer men in general experience high rates of sexual assault and that queer people of color experience sexual assault at higher rates than their white counterparts.

In Violent Differences, I examine queer men’s experiences of sexual assault, based on interviews I conducted with 60 queer male survivors.  This work builds on the contributions of women of color who have pointed to the marginalization of groups such Black and Latina women from much of the U.S. cultural landscape on sexual victimization, yet I examine the experiences of another marginalized group of survivors: Black queer men.  A majority of the respondents, 37, self-identified as Black or African American.  Many of their experiences differed from traditional representations of sexual assault.  For instance, one participant, whom I use the pseudonym of Ornell for, was a 37-year-old Black gay man who lived in a homeless shelter at the age of 21 and then met and fell in love with a man, Andres; they moved in together after dating for a few months.  Ornell described a process of escalating verbal disputes that eventually resulted in Andres being physically abusive.  Intimate partner violence and sexual assault are not mutually exclusive, as many forms of sexual assault occur within relationships.  In Ornell’s relationship, a few weeks after the physical abuse began, Andres raped Ornell, forcibly holding him down by the throat and covering his mouth.

Several weeks after the sexual assault, a neighbor called the police when Ornell and Andres were arguing.  When the officers came to their apartment, Ornell revealed that they had been arguing in part about the rape, which he said that the officers “turn into a joke” and included one of them asking, “You’re sitting here wearing earrings, and you expect us to take you seriously?” Ornell described his gender expression as “feminine,” and Black gender-expansive or gender-nonconforming men in this study often described previous profiling experiences in which they perceived the police as targeting their gender expression as well as their racial identity.  The complexities of such experiences would be flattened or obscured through an approach that focused only on race, gender, or sexuality; instead, these experiences require deeper consideration of their overlap.

White queer male survivors’ experiences undoubtedly revealed a lack of some institutional support as well – the vast majority of white participants had negative experiences when reporting a sexual assault to the police, for example.  However, I show that queer men of color described feeling “lonely” after their assaultive experiences to a much greater extent than their white counterparts, as the former felt more isolated from a variety of domains, such as LGBTQ communities and institutional resources provided by groups such as the police.  Focusing on the comparatively intense forms of marginalization that Black queer men experience reveals the extent to which many survivors are not supported in a U.S. context, pointing toward the necessity for change.

For this reason, work attempting to reduce sexual assault would benefit by continuing to expand feminist understandings of sexual violence to include a wider range of survivors beyond white and middle-class heterosexual women.  Avoiding this expansion will continue to marginalize survivors who are harmed by systems of oppression other than gender inequality.  Instead, understanding sexual assault in relation to multiple dimensions of inequality helps with explaining high rates of assault experienced by multiply-marginalized individuals, such as Black women and LGBTQ people of color.  This understanding of sexual assault as rooted in multiple systems of oppression also facilitates a better understanding of how it operates, allowing feminist and intersectional work to account for acts in which gender inequality may be less apparent and to examine how assailants’ actions may emerge from several social hierarchies at the same time.  As challenges to multiple power relations become even more deeply integrated into work devoted to reducing sexual assault, this advocacy and scholarship can benefit a wider range of survivors and reveal the limitations of privileging one form of inequality over others.

CATEGORIES: From Our Authors, Gender & Sexuality 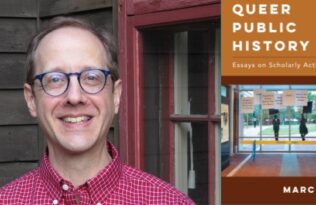 Marc Stein: How to Become a Queer Historian 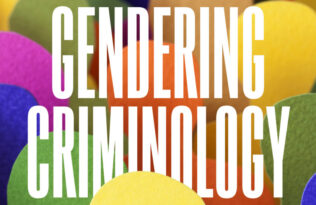