“Bodily” or “physical virginity” is one of the most used yet unclear phrases about virginity in academic and popular speech. Most who use it simply assume others know what they mean. For instance, they might mean that a person hasn’t engaged in forms of sex that would make them no longer a virgin (whatever those are). They might be saying a person with a vagina is “intact” —perhaps with a vaginal opening that’s narrow or has unbroken hymen tissue at its edges. Or, they could be referring to something else.

People writing in antiquity were imprecise too. Being a “virgin” wasn’t always about sex, and when it was, people could still mean various things by “bodily virginity.” Some probably were thinking of inexperience with whichever forms of sex would end virginity, or of a special purity and power associated with sexually inexperienced people in ritual contexts. Others were probably thinking of things we’d call “social” instead, such as the not-yet-realized potential to become a respectable wife and mother.

Early Christians were no exception. Ideas about virginity became important in discussions of Christ’s birth from Mary, in imagery for salvation and redemption, in some Christians’ vows to forego ordinary social roles and live celibately, and in efforts to defend and advertise Christianity in a wider, suspicious world or portray certain theological camps as more faithful than others. A large number of texts celebrating, encouraging, or regulating virginity appeared in the fourth century, with many prioritizing “virginity of the soul” in addition to “virginity of the body” as a requirement for true virgins. But what makes virginity “bodily” varies. Virginity of the body can be an absence of passionate pleasure, a commitment of one’s bodily life to an immortal age rather than a mortal one, a state of sterility that God makes fertile, or a purity of the entire body. Meanings familiar to modern readers, like the notion that unpenetrated vaginas are closed off or “sealed,” appear in the late works of a small handful of fourth-century writers. Others don’t seem familiar with such notions at all.

Near the turn of the fifth century, Christian texts refer to genital virginity inspections by midwives and to Mary having unopened genitals during Christ’s birth. Several earlier writers had said Mary remained a “virgin” in the sense that she was sexually inexperienced, or in the sense that her body miraculously stayed untouched by the impure substances and violent forces of childbirth —like the body of a reproductively virginal woman who hasn’t borne children. Those embroiled in late-fourth-century debates over whether celibacy was superior to marriage went a step further: they claimed God showed the superiority of virginity by keeping Mary’s sex organs virginally “closed” in childbirth. Many fifth-century leaders preached that Mary’s unopened womb proved the true unity of Christ’s divine and human natures. Christians creatively used the concept of anatomical virginity to serve their agendas, from verifying vowed virgins’ status and enjoining their seclusion to defending theological positions and depicting the collective Church as Christ’s intact bride. One could say a surprising act of incarnation occurred: like Christ, virginity “took flesh,” becoming visible and tangible in women’s bodies.

In Late Antiquity, this anatomical kind of “physical virginity” was a fairly new invention. Hymens don’t feature in sources from Before the Common Era, despite scholars’ habit of finding them. Medical writers had other ways of conceptualizing what they saw in vaginas and other explanations for the bleeding that sometimes occurs during vaginal sex. Testing virginity entailed ordeals or verbal testimony.

Clear references to an innate genital barricade first emerge in sources from the early Common Era, in scattered texts by “pagans,” Jews, and Christians. Except for two third-century texts from Carthage in Roman North Africa, Christian sources don’t testify to belief in hymens until the later 300s. Jewish sources follow a similar timeline, even though attempts to verify virginity and references to the physiological phenomenon of bleeding appear in earlier literature (without evidence for conceptualizing a hymen). Some late ancient sources, like pharmacological recipes for making vaginas more virginal, rely not on anatomical barricades but on the logic that virgins have distinctive physiological qualities like noticeably dry or tight genital tissue. The earliest (still late ancient) virginity tests in medical writings test urine, and the earliest medical source to give women’s bodies a hymen-like barrier is from the seventh century CE. The belief that virginity is physically perceptible caught on gradually, and even at times of high momentum like the turn to the fifth century, ideas on what gets perceived remained diverse.

“Physical” virginity has never meant one clear, self-evident thing. Virgins having built-in bodily proof of their sexual inexperience is not a timeless truth or universal belief and was not historically inevitable. Virginity became perceptible and anatomical in diverse ways, at particular times, to serve particular ends. Today’s health sciences teach that outside of serious injuries, it’s impossible to determine by inspection whether a vagina has been penetrated. For over a millennium and a half, many have tried to make virginity an anatomical condition, with steep costs for women and costs for the coherence of thinkers’ reasoning about virginity. Observing their struggles and the malleability of their concepts helps us rethink our assumptions and notice a wider world of ways to view human bodies and experiences.

Gifts That Make an Impact 2022: Epic Tales and Cultures from Around the World
Demons in the Talmud – and on the Campaign Trail 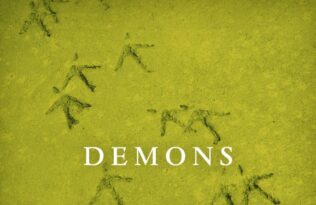 Demons in the Talmud – and on the Campaign Trail 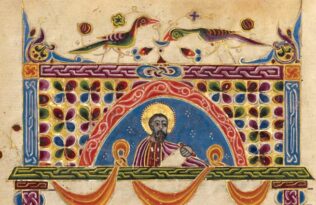 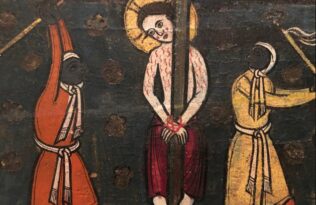