The United States in once again in the midst of a crucial election cycle. The 2022 midterm elections are driving voters out to decide on local and state elections that have far reaching implications nationwide.

To keep you up-to-date on the issues, we present the following books that deal directly with democratic elections and books that highlight the major policy issues that have taken center stage in this year’s midterm elections.

Take a look at all of our 2022 Midterm Election relevant books.

Picking Presidents: How to Make the Most Consequential Decision in the World
by Gautam Mukunda

Celebrated leadership expert and political scientist Gautam Mukunda provides a comprehensive, objective, and non-partisan method for answering the most important question in the world: is someone up to the job of president of the United States?

“An essential read for every citizen, an important selection for every book club, and a cautionary analysis for our democracy at large.”—Stanley McChrystal, retired US Army general

Democracy’s Chief Executive: Interpreting the Constitution and Defining the Future of the Presidency
by Peter M. Shane

“At a time when faith in our democratic institutions has approached a nadir, Shane offers a compelling and imaginative vision for renewing and strengthening our democracy.”—Russ Feingold, former U.S. Senator and President of the American Constitution Society

In what has become a crucial election city and state, Dan Immergluck gives an incisive examination of how growth-at-all-costs planning and policy have exacerbated inequality and racial division in Atlanta.

“This is an essential book for anyone who loves cities and seeks to make them more just and inclusive.”—Matt Desmond, author of Evicted: Poverty and Profit in the American City

Trash Talk: Anti-Obama Lore and Race in the Twenty-First Century
by Patricia A. Turner

What racist rumors about Barack Obama tell us about the intractability of racism in American politics and how these thought patterns have grown ever more vitriolic and persistent and what this means for American political culture.

“A brilliant examination of the conspiracy theories, legends, myths, and national lies that attended the rise, election, and governance of Barack Obama.”—Michael Eric Dyson, author of Entertaining Race: Performing Blackness in America

That’s Not Funny: How the Right Makes Comedy Work for Them
by Matt Sienkiewicz and Nick Marx

A rousing call for liberals and progressives to pay attention to the emergence of right-wing comedy and the political power of humor.

The Deep History Lurking Behind Halloween
Q&A with Simon Morrison , author of Mirror In the Sky 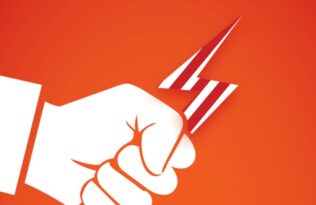 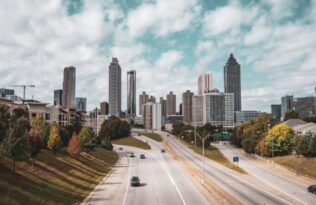