A stunning musical biography of Stevie Nicks that paints a portrait of an artist, not a caricature of a superstar.

Reflective and expansive, Mirror in the Sky situates Stevie Nicks as one of the finest songwriters of the twentieth century.

This biography from distinguished music historian Simon Morrison examines Nicks as a singer and songwriter before and beyond her career with Fleetwood Mac, from the Arizona landscape of her childhood to the strobe-lit Night of 1000 Stevies celebrations.

Simon Morrison teaches music history at Princeton University and is a lifelong fan of Stevie Nicks.

You are a Russian music and dance scholar by training. What inspired you to write about Stevie Nicks?

The book arose about six years ago in conversation with people who love Stevie Nicks’s song “Dreams” just because they do, without needing or wanting to explain the love. I am one of those people, though writing about “Dreams” and other songs meant thinking about that love as opposed to leaving it be.

I’ve been listening to her music throughout my life, and I played the Fleetwood Mac album Tusk endlessly when it was released. Besides “Dreams,” I think “Sara” and “Storms” are two of the finest songs ever written, and I so adore “Angel” that I made her 1979 performance of that song in St. Louis the opening scene of the book. She sang it that night like a twenties showgirl while also treating the audience to something unexpected: buck-and-wing dancing, blending steps from the Mashed Potato and the Charleston, channeling the Follies. It’s a great performance, one of the greatest in rock ‘n’ roll history, and researching how the song was written, and recorded, and performed opened up an entire cosmos for me.

Nicks has previously been the subject of biographies, hagiographies, and even demonographies by journalists and critics. How would you say Mirror in the Sky differs from these previous accounts?

Reading the books and articles about her career I always found myself disappointed. There’s so much gossip and tattle out there but nothing that explores her creativity and immense power as a performer. Misogyny is a factor, I regret to say. Her femininity dominates her literary imaginings, her musical textures, and her deviations from girl-in-the-band compliance. Femininity has a fraught relationship with rock ’n’ roll as chronicled by men. Much writing about the popular music industry exalts male artists, including those at the console adjusting inputs and outputs. I guess I wrote my book in response to the others, focusing on her process, her sources of inspiration, and the bond she has created with her audiences as truth-teller.

Stevie Nicks was there at the moments in our recent history where politics, music, and art came together to form a unique American sound. Is there one story that you didn’t know before writing this book that stood out to you as emblematic of that era?

Fleetwood Mac was never especially political, but Nicks has on occasion ventured into politics, in a unique way. Her song “Illume” concerns the September 11, 2001, terrorist attacks on the World Trade Center and the Pentagon. On that day Nicks had performed in Toronto on the Shangri-La album tour. The air traffic shutdown and blackout that followed the destruction of the Twin Towers forced her to cancel her shows in Rochester (scheduled for September 12) and New York City (September 14). She wanted to cancel all the dates that month and the next. Tom Petty and Don Henley convinced her that performing would be an act of service for a shaken public. A month later, back in California, she wrote the poem that became the song “Illume.”

It’s an unnerving track, with brittle vocals and jangling guitar tracks, and it finds her trying to process what, for a long time, could not be processed. The word “alone” and the condition of loneliness are crucial, not only in the context of 9/11 but also in relation to the COVID-19 pandemic, which Nicks has spoken publicly about.

You write that “popular music experts are careful to preserve the distinction between the ‘real person,’ a ‘persona,’ and any given ‘character’ when talking about songwriters and their songs. What do you think the largest misconception is about Stevie as songwriter and person?

The biggest misconception is that, as a songwriter, she wouldn’t have amounted to anything without her former partner Lindsey Buckingham. It’s just not true. He’s a brilliant guitarist, and a clever producer, but she has the true melodic gift and the eclectic manner of looking at the world that defines great artists. I was stunned listening to her various demos and unleased songs – “Night Gallery,” for example, and “Joan of Arc” – which exceed a lot of the recorded stuff. Several wonderful songs were suppressed, or radically altered, by producers and collaborators, and so I made a point of discussing the unknown Stevie Nicks alongside the known.

The earliest demo of “Planets of the Universe,” which she conceived for Rumours, is deeply affecting. I write a lot about it.

You briefly detail the origins of Stevie’s fondness for ponchos and flowy attire. Can you elaborate for the many fans of her style?

Her iconic look – the shawls and heels and capes – dates back to the early seventies and the Los Angeles designer, Margi Kent, she subsequently bonded with. In 1973 she was forced to pose semi-nude for an album cover – the record she and Buckingham did together before joining Fleetwood Mac. It was a humiliating experience. To regain control of her body, she concealed it under layers of fabric. She subsequently developed a mystical, “moon sister” persona, channeling the heroines of legend and myth that she sings about into her shows. Call it fiction if you like, but it was inspired by writings that predate the invention of fiction.

I must mention here that her favorite type of recent fiction is that intended for teenage girls, including the Twilight novels. She’s never parted from her teenage self, because, let’s face it, teenage girls are bad ass. Rock ‘n’ roll privileges the fantasies of boys; Stevie’s career is a response to that.

You describe Stevie’s origins as an early musician and songwriter, including her twang and rockabilly influences and her “emotive” and “dramatic” onstage persona.  What would you say were her strongest early influences and where do you think she draws creative energy from now?

The music draws eclectically from the books she reads and movies she watches, but also from her songs of her grandfather, an itinerant country singer, and the music most liked by her grandmother Alice, whose mysticism informed her own. Musically there’s occasional Appalachian elements mixed strains of the Kingston Trio. She’s a product of a late sixties, Laurel Canyon moment in music and its seventies commodification on the Southwest’s airwaves. She indulged synthpop for a while, as producer Jimmy Iovine advised her to do, but ultimately rejected it. Her highs were the music industry’s highs, her lows likewise, and when she reached the place in between the industry was no longer the same. Now everything she says about the past comments mostly on her present.

You write poignantly that Nicks’s classic song “Landslide” is about “the beautiful tragedy of becoming history.” How do you think Stevie is handling her legacy as she continues to tour into her ‘70s?

She’s not nostalgic; in fact, I think she hates looking back. “Landslide” looks back, true, but it’s a very early song. She’s influenced so much of the current and recent scene – Taylor Swift, for example – that even if Stevie weren’t still creating and performing we’d still be listening to her. She doesn’t worry about time; she’s in her seventies and on tour and sounds fabulous. She worries about evil, and getting it out of her life, and out her fans’ lives, in favor of the good and the beautiful. She loved that “Dreams” became popular again through a TikTok meme in 2020. It was an evil, disease-filled year, made just a bit better by her crystal visions.

What surprised you the most in working on the book? What’s your favorite anecdote from the book?

There are so many. I loved all of the interviews I conducted and places I visited. I guess I’m most proud of all of the information about Stevie’s childhood and adolescence and years with the band “Fritz” that she herself had forgotten – including the place where she sang with her grandfather as a girl, Mickie’s Tavern in Altadena. I also loved writing about how her hit songs “Stand Back” and “I Can’t Wait” were made. The agonizing that went into them!

What’s next for you?

I’m restoring the music and dance of a ballet of the supernatural from the 19th century called Satanella. Stevie would love it; it’s right up her alley. 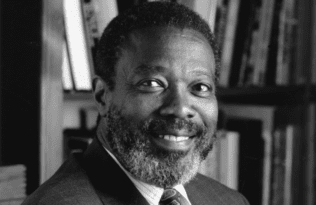 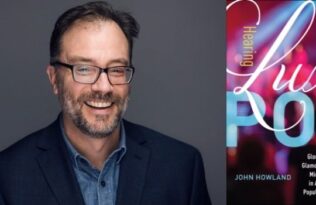