Earlier this year, Vietnamese literary circles were shocked by allegations of sexual assault and harassment against the poet Lương Ngọc An, Deputy Editor-in-Chief of Báo Văn Nghệ (Literature and Arts newspaper). As the poet Dạ Thảo Phương alleged in a series of viral Facebook posts, Lương Ngọc An raped and stalked her in 1999 and 2000—when she was a young journalist at the Youth Edition of Báo Văn Nghệ and he worked as a driver for the newspaper.

In an open letter on Facebook, Dạ Thảo Phương chronicled her attempts to hide her experience of harassment from others, the emotional consequences that she suffered, and the experience of terminating a pregnancy resulting from rape. Dạ Thảo Phương’s original post exposing the case has amassed tens of thousands of reactions, comments and shares since first appearing on Facebook April 6.

Báo Văn Nghệ, the main organ of the Vietnam Writers Association, is the nation’s preeminent review of literary arts and criticism. Dạ Thảo Phương’s allegations against Lương Ngọc An therefore have made for the most high-profile #MeToo case reported in Vietnam to date—yet this story has barely appeared in English-language media. Recognizing the significance of this case for readers in Vietnamese Studies and beyond, the editors of the Journal of Vietnamese Studies (JVS) and a group of Vietnamese volunteer translators worked this summer to source and translate texts that have circulated online as part of Dạ Thảo Phương’s allegations.

The fifteen translated documents, including a selection of social media posts, correspondence, internal reports, and other materials that supply context for this case, are now published as the special Forum “#MeToo at Văn Nghệ Newspaper: Dạ Thảo Phương’s Allegations against Lương Ngọc An.” An introduction by Nguyễn Nguyệt Cầm describes the documents included in the Forum, which includes commentaries on the case by prominent Vietnamese intellectuals both inside and outside the country such as the journalist Huy Đức and the writer Phạm Thị Hoài.

Also included is an allegation of sexual harassment against Lương Ngọc An by another poet, Bùi Mai Hạnh, that surfaced in the wake of Dạ Thảo Phương’s original post. Dạ Thảo Phương sent JVS one letter she received recently from a cadre who helped investigate the case in the 2000s.

Heading the #MeToo Forum is an essay by anthropologist Nguyễn Thu Hương (Associate Professor, Vietnam National University), an expert on gendered violence. In “The Case of Dạ Thảo Phương and Sexual Violence in Vietnam over the Last Two Decades,” Dr. Nguyễn illuminates the broad legal and social contexts of how sexual assault is defined and perceived in Vietnam. As Dr. Nguyễn’s article suggests, this case reveals the serious and pervasive dynamics of gendered violence and harassment in Vietnam. Despite progressive changes in both law and society, victim-blaming is still rampant, and victims rarely come forward.

Journal of Vietnamese Studies promotes and publishes original social science and humanities research about Vietnamese history, politics, culture, and society, as well as Vietnam-related topics that have traditionally been set apart from mainstream area studies scholarship such as the Vietnamese diaspora and the Vietnam War.
online.ucpress.edu/jvs 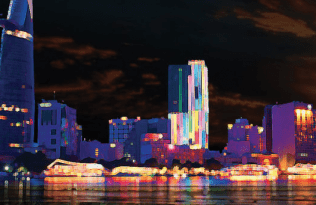 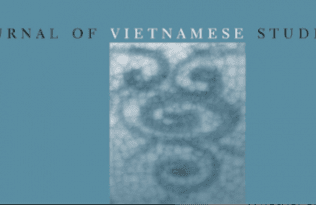