UC Press is proud to publish award-winning authors and books across many disciplines. Below are some of our recent award winners from July 2022. Please join us in celebrating these scholars by sharing the news!

Thomas Stubblefield is Associate Professor of Art History and Media Studies at the University of Massachusetts Dartmouth. His book 9/11 and the Visual Culture of Disaster was awarded the NEPCA Rollins Book Award.

What happens when a drone enters a gallery or appears on screen? What thresholds are crossed as this weapon of war occupies everyday visual culture? These questions have appeared with increasing regularity since the advent of the War on Terror, when drones began migrating into civilian platforms of film, photography, installation, sculpture, performance art, and theater. In this groundbreaking study, Thomas Stubblefield attempts not only to define the emerging genre of “drone art” but to outline its primary features, identify its historical lineages, and assess its political aspirations. Richly detailed and politically salient, this book is the first comprehensive analysis of the intersections between drones, art, technology, and power.

Revolution in Development: Mexico and the Governance of the Global Economy

Revolution in Development uncovers the surprising influence of postrevolutionary Mexico on the twentieth century’s most important international economic institutions. Drawing on extensive archival research in Mexico, the United States, and Great Britain, Christy Thornton meticulously traces how Mexican officials repeatedly rallied Third World leaders to campaign for representation in global organizations and redistribution through multilateral institutions. By decentering the United States and Europe in the history of global economic governance, Revolution in Development shows how Mexican economists, diplomats, and politicians fought for more than five decades to reform the rules and institutions of the global capitalist economy. In so doing, the book demonstrates, Mexican officials shaped not only their own domestic economic prospects but also the contours of the project of international development itself.

Haidee Wasson is Professor of Film and Media at Concordia University, Montreal. She is author of the award-winning Museum Movies and coeditor of several books, including Useful Cinema and Cinema’s Military Industrial Complex.

2022 George A. and Jeanne S. DeLong History Book Prize, Shortlist
Society for the History of Authorship, Reading and Publishing

Ink under the Fingernails: Printing Politics in Nineteenth-Century Mexico

During the independence era in Mexico, individuals and factions of all stripes embraced the printing press as a key weapon in the broad struggle for political power. Taking readers into the printing shops, government offices, courtrooms, and streets of Mexico City, historian Corinna Zeltsman reconstructs the practical negotiations and discursive contests that surrounded print over a century of political transformation, from the late colonial era to the Mexican Revolution. Centering the diverse communities that worked behind the scenes at urban presses and examining their social practices and aspirations, Zeltsman explores how printer interactions with state and religious authorities shaped broader debates about press freedom and authorship. Beautifully crafted and ambitious in scope, Ink under the Fingernails sheds new light on Mexico’s histories of state formation and political culture, identifying printing shops as unexplored spaces of democratic practice, where the boundaries between manual and intellectual labor blurred. 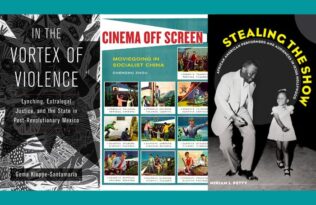 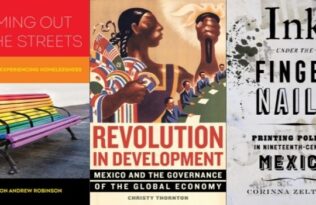 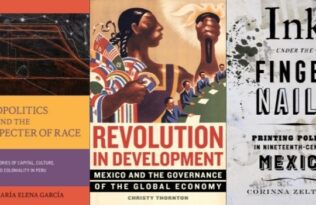