The following interview is reprinted with permission from the American Sociological Association’s Global and Transnational Sociology Section Spring 2022 newsletter.

A. Zhu: The introductory statement of Global Perspectives reads: “GP starts from the premise that the world that gave rise to the social sciences in their present form is no more.” I was wondering if you could elaborate on this statement.

H.K. Anheier: At one level, this statement seems obvious, of course. The world in 2022 is radically different from the late 19th century, when the disciplinary differentiation of the social sciences into sociology, economics, political science, etc. began to take hold. Soon, these disciplines developed their own self-legitimating assumptions, concepts, and methodologies as they laid claim on a particular aspect of human knowledge production as their own. Soon, too, professionalization set in, and did so in a pronounced national context. We began to speak of American, German, or French sociology, Austrian economics, or British anthropology.

At another deeper level, you could say the period from the late 19th to mid-20th century was good at “carving things up”—be they continents like Africa, spheres of influence like the Middle East, classifications of the natural and social world, and the corresponding world of knowledge. In other words, we created many more nations and knowledge silos as a result. The 21st century is different as interconnections of many kinds—be they between countries, regions, organizations, or cultures, as well as between fields of knowledge—have become much more pronounced and complex. Creativity, advancement, and resilience of societies depend on how well they manage and capitalize on this inter-connectivity, which is both challenge and opportunity alike.

One could make the same argument for disciplines like sociology, which, despite having become more siloed in the 20th century, has always imported and exported knowledge: it imported rational choice models and social psychology, and exported social network analysis and institutionalism. It also benefited greatly from comparative, cross-national research and perspectives.

Why not elevate import-export relations to a new level, perhaps using the single market in the European Union as an analogy? Why not make the inter- and transnational, and indeed the planetary, connectivity of the social world a major focus, rather than the fiction of societies contained in some singular nation state? This is where Global Perspectives comes in, and the fact that we won the Best New Journal Award for this year encourages us greatly.

AZ: What is the contemporary moment that the journal is responding to and how has it shaped your editorial approach?

HKA: The debate about methodological nationalism has clearly influenced our approach, and the possibility of a social science less bound by national traditions and the nation state as the seemingly “natural” unit of analysis. There is also the backlash to the current system whereby perhaps ten countries are responsible for the great majority of recognized social science production, and where great barriers of access exist for most social scientists outside the ‘metropolitan social science core’ dominated by the United States. The decolonization debate has become highly contested. At Global Perspectives, we want to offer space for asking some critical questions in this context. For example, we are pulling together a special collection on “Decolonize This!”, which queries the objectives and expansive stance of this challenge to conventional social science research. We are also preparing a focal issue around the question “Global Social Science?” by inviting perspectives on the state of the social sciences in Latin America, the Caribbean, India, China, Russia, Africa and the Middle East.

The other development is the emergence of global reporting efforts, for example around climate change or the Sustainable Development Goals, as well as data systems like the World Value Survey, Varieties of Democracy or the Berggruen Governance Index project. While these and others use the nation state as the unit of analysis, there are more and more systems that emphasize flow data of many kinds between and across several units, be they geographic-administrative entities like cities and regions or social entities like organizations and cultures (often using big data). These developments invite much creative thinking, bring up new questions, and require novel analytic approaches—and Global Perspectives wants to be a home for such research outcomes.

AZ: Are there any interdisciplinary and transnational traditions in the social sciences that have informed or inspired Global Perspectives?

HKA: It is really the founding period of the social sciences that inspired us. Towering figures like Max and Alfred Weber, Vilfredo Pareto, or Emile Durkheim had interdisciplinary backgrounds, as did the generation of Joseph Schumpeter, Karl Polanyi, or Norbert Elias, as did the generation of American sociologists that ushered in the highly creative period of the 1970s that saw Harrison White, Charles Tilly, or George Homans, even Talcott Parsons and Erving Goffman, to mention a few. In Europe, you could mention Raymond Aaron, Jürgen Habermas, Claus Offe, or Ralf Dahrendorf.

The comparative, transnational tradition is also well established in the social sciences today. The political scientist Francis Fukuyama has always straddled disciplinary borders, as have political economists like Albert Hirschman, Douglass North or Daron Acemoglu who took a very institutional, almost sociological approach. At Global Perspectives, we want to become a home for work that crosses disciplinary and national boundaries. One could add many more examples where important current research is no longer rooted in one discipline, but multiple.

AZ: COVID-19 disruptions, the escalation of tensions between the US and China, and Russia’s invasion of Ukraine have spurred a number of declarations in the media that ‘globalization is over.’ What do you make of such statements? If we are indeed at the end of a globalizing era, what do you see as the role of globally oriented researchers in interpreting and analyzing these events?

HKA: Globalization will continue but at a lower pace for now and in a different form. The economic drivers of globalization are still there, but the pandemic, domestic reactions (e.g. populism) and geopolitics (wars and tensions) put brakes on a version of globalization that was driven by financial markets and transaction cost thinking and that seems to have lost momentum. The new form will likely be pushed by technological developments such as the internet of things and communication. It will also strengthen the role of nonstate actors, in particular businesses and knowledge communities. The research community is already addressing this shift, and at Global Perspectives we welcome such contributions.

AZ: What are some challenges you have faced in assembling a transdisciplinary, globally-oriented editorial team and how have you overcome them?

HKA: Not surprisingly, the greatest challenge is the disciplinary hold of lead journals, which matter for promotion and academic standing. Any assistant professor in sociology is trained to think first and foremost about the leading sociology journals as primary research outlets to advance their career. Aware of this, we have a very proactive editorial policy and approach senior scholars and work with a global network of editorial board members to attract the kind of scholarship we envision for Global Perspectives.

With eight sections, each with a separate editor and editorial board, plus an editorial board at large, Global Perspectives is a complex entity to manage. Its board structure includes over 100 scholars across the major social science and across the globe. We are not as diverse as we would like to be, and our aim is to involve more researchers from the Global South. The challenge is not only communication (the daily email traffic is significant) but also managing different academic cultures and stark differences in resources.

AZ: Global Perspectives features an Emerging Scholars Forum that seeks to incorporate early career researchers across disciplines and regions with the editorial team. Why is it important to advance transnational connections not only in terms of research topics, but also between different researchers and sites of academic production?
HKA: There are two reasons. One applies to all disciplines, which is that we should involve younger researchers and get them acquainted in the practice of running a journal and with the solicitation, peer review, and editing process. The second is that we wanted to create a network among younger researchers and between them and more established academics, and to establish links across disciplines and countries. The first cohort of forum members is about to have completed their two year tenure, and we are inviting expressions of interest from any younger scholars (typically ABDs and recent postdocs) who subscribe to the mission of Global Perspectives and would like to get involved.

HELMUT K. ANHEIER (PhD Yale) is Professor of Sociology at the Hertie School in Berlin, Germany and Adjunct Full Professor of Public Policy and Social Welfare at the UCLA Luskin School of Public Affairs. He served as President of the Hertie School from 2009 to 2018, held a Chair of Sociology at the Max-Weber-Institute of Heidelberg University, was Centennial Professor at the London School of Economics. His research centres on governance, social innovation, civil society and cultural policy. Anheier won various international awards and is author of numerous publications, many in leading journals and with top university presses. 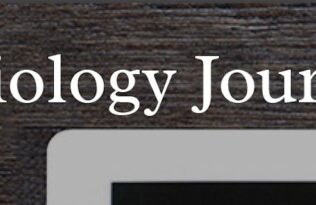 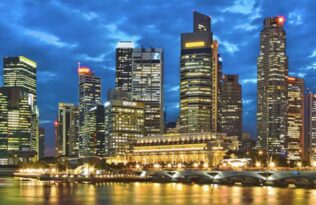 The Civic Lives of Cities Around the World 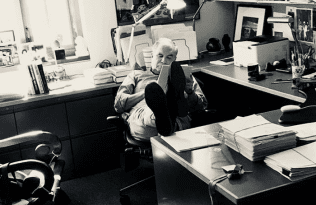