UC Press’s award-winning Sociology publishing program is known for its focus on contemporary social problems, global health, racial justice, and human rights. We’re proud to be publishing the work of so many award-winning sociologists. All the authors below have won distinguished scholarship awards from the ASA – please take a minute to congratulate them on social at #ASA2022!

2022 Distinguished Book Award
ASA Section of the Sociology of Sexualities

Chris A. Barcelos is Assistant Professor of Women’s, Gender, and Sexuality Studies at the University of Massachusetts Boston.

Distributing Condoms and Hope is a feminist ethnographic account of how youth sexual health programs in the racially and economically stratified city of “Millerston” reproduce harm in the marginalized communities they are meant to serve.

Chris A. Barcelos makes space for the stories of young mothers, who often recognize the narrow ways that public health professionals respond to pregnancies. Barcelos’s findings show that teachers, social workers, and nurses ignore systemic issues of race, class, and gender and instead advocate for individual-level solutions such as distributing condoms and promoting “hope.” Through a lens of reproductive justice, Distributing Condoms and Hope imagines a different approach to serving marginalized youth—a support system that neither uses their lives as a basis for disciplinary public policies nor romanticizes their struggles.

Divided by the Wall: Progressive and Conservative Immigration Politics at the U.S.-Mexico Border

Erin Hatton is Associate Professor of Sociology at the University at Buffalo.

Coerced: Work Under Threat of Punishment

What do prisoner laborers, graduate students, welfare workers, and college athletes have in common? According to sociologist Erin Hatton, they are all part of a growing workforce of coerced laborers.

Coerced explores this world of coerced labor through an unexpected and compelling comparison of these four groups of workers, for whom a different definition of “employment” reigns supreme—one where workplace protections do not apply and employers wield expansive punitive power, far beyond the ability to hire and fire. Because such arrangements are common across the economy, Hatton argues that coercion—as well as precarity—is a defining feature of work in America today.

Theoretically forceful yet vivid and gripping to read, Coerced compels the reader to reevaluate contemporary dynamics of work, pushing beyond concepts like “career” and “gig work.” Through this bold analysis, Hatton offers a trenchant window into this world of work from the perspective of those who toil within it—and who are developing the tools needed to push back against it.

Kenneth H. Kolb is Professor of Sociology at Furman University. He is the author of Moral Wages: The Emotional Dilemmas of Victim Advocacy and Counseling.

Retail Inequality examines the failure of recent efforts to improve Americans’ diets by increasing access to healthy food. Based on exhaustive research, this book by Kenneth H. Kolb documents the struggles of two Black neighborhoods in Greenville, South Carolina. For decades, outsiders ignored residents’ complaints about the unsavory retail options on their side of town—until the well-intentioned but flawed “food desert” concept took hold in popular discourse. Soon after, new allies arrived to help, believing that grocery stores and healthier options were the key to better health. These efforts, however, did not change neighborhood residents’ food consumption practices. Retail Inequality explains why and also outlines the history of deindustrialization, urban public policy, and racism that are the cause of unequal access to food today. Kolb identifies retail inequality as the crucial concept to understanding today’s debates over gentrification and community development. As this book makes clear, the battle over food deserts was never about food—it was about equality.

Krystale E. Littlejohn is Assistant Professor of Sociology at the University of Oregon. Her work has been published in Demography, Gender & Society, and Journal of Health and Social Behavior, among other outlets.

Just Get on the Pill: The Uneven Burden of Reproductive Politics

The average person concerned about becoming pregnant spends approximately thirty years trying to prevent conception. People largely do so alone using prescription birth control, a situation often taken for granted in the United States as natural and beneficial. In Just Get on the Pill, a keenly researched and incisive examination, Krystale Littlejohn investigates how birth control becomes a fundamentally unbalanced and gendered responsibility. She uncovers how parents, peers, partners, and providers draw on narratives of male and female birth control methods to socialize cisgender women into sex and ultimately into shouldering the burden for preventing pregnancy.

Littlejohn draws on extensive interviews to document this gendered compulsory birth control—a phenomenon in which people who give birth are held accountable for preventing and resolving pregnancies in gender-constrained ways. She shows how this gendered approach encroaches on reproductive autonomy and poses obstacles for preventing disease. While diverse cisgender women are the focus, Littlejohn shows that they are not the only ones harmed by this dynamic. Indeed, gendered approaches to birth control also negatively impact trans, intersex, and gender nonconforming people in overlooked ways. In tracing the divisive politics of pregnancy prevention, Littlejohn demonstrates that the gendered division of labor in birth control is not natural. It is unjust.

Leslie Paik is Professor of Sociology at Arizona State University. She is the author of Discretionary Justice: Looking inside a Juvenile Drug Court.

Trapped in a Maze: How Social Control Institutions Drive Family Poverty and Inequality

Trapped in a Maze provides a window into families’ lived experiences in poverty by looking at their complex interactions with institutions such as welfare, hospitals, courts, housing, and schools. Families are more intertwined with institutions than ever as they struggle to maintain their eligibility for services and face the possibility that involvement with one institution could trigger other types of institutional oversight. Many poor families find themselves trapped in a multi-institutional maze, stuck in between several systems with no clear path to resolution. Tracing the complex and often unpredictable journeys of families in this maze, this book reveals how the formal rationality by which these institutions ostensibly operate undercuts what they can actually achieve. And worse, it demonstrates how involvement with multiple institutions can perpetuate the conditions of poverty that these families are fighting to escape.

Joachim J. Savelsberg is Professor of Sociology and Law and holder of the Arsham and Charlotte Ohanessian Chair at the University of Minnesota. He is the author of Representing Mass Violence: Conflicting Responses to Human Rights Violations in Darfur.

How do victims and perpetrators generate conflicting knowledge about genocide? Using a sociology of knowledge approach, Savelsberg answers this question for the Armenian genocide committed in the context of the First World War. Focusing on Armenians and Turks, he examines strategies of silencing, denial, and acknowledgment in everyday interaction, public rituals, law, and politics. Drawing on interviews, ethnographic accounts, documents, and eyewitness testimony, Savelsberg illuminates the social processes that drive dueling versions of history. He reveals counterproductive consequences of denial in an age of human rights hegemony, with implications for populist disinformation campaigns against overwhelming evidence.

Paige L. Sweet is Assistant Professor of Sociology at the University of Michigan.

The Politics of Surviving: How Women Navigate Domestic Violence and Its Aftermath

For women who have experienced domestic violence, proving that you are a “good victim” is no longer enough. Victims must also show that they are recovering, as if domestic violence were a disease: they must transform from “victims” into “survivors.” Women’s access to life-saving resources may even hinge on “good” performances of survivorhood. Through archival and ethnographic research, Paige L. Sweet reveals how trauma discourses and coerced therapy play central roles in women’s lives as they navigate state programs for assistance. Sweet uses an intersectional lens to uncover how “resilience” and “survivorhood” can become coercive and exclusionary forces in women’s lives. With nuance and compassion, The Politics of Surviving wrestles with questions about the gendered nature of the welfare state, the unintended consequences of feminist mobilizations for anti-violence programs, and the women who are left behind by the limited forms of citizenship we offer them.

Revolution in Development: Mexico and the Governance of the Global Economy

Revolution in Development uncovers the surprising influence of postrevolutionary Mexico on the twentieth century’s most important international economic institutions. Drawing on extensive archival research in Mexico, the United States, and Great Britain, Christy Thornton meticulously traces how Mexican officials repeatedly rallied Third World leaders to campaign for representation in global organizations and redistribution through multilateral institutions. By decentering the United States and Europe in the history of global economic governance, Revolution in Development shows how Mexican economists, diplomats, and politicians fought for more than five decades to reform the rules and institutions of the global capitalist economy. In so doing, the book demonstrates, Mexican officials shaped not only their own domestic economic prospects but also the contours of the project of international development itself.

Laurel Westbrook is Associate Professor of Sociology at Grand Valley State University and cofounder of Sociologists for Trans Justice.

Anti-violence movements rooted in identity politics are commonplace, including those to stop violence against people of color, women, and LGBT people. Unlivable Lives reveals the unintended consequences of this approach within the transgender rights movement in the United States. It illustrates how this form of activism obscures the causes of and lasting solutions to violence and exacerbates fear among members of the identity group, running counter to the goal of making lives more livable. Analyzing over a thousand documents produced by thirteen national organizations, Westbrook charts both a history of the movement and a path forward that relies less on identity-based tactics and more on intersectionality and coalition building. Provocative and galvanizing, this book envisions new strategies for anti-violence and social justice movements and will revolutionize the way we think about this form of activism. 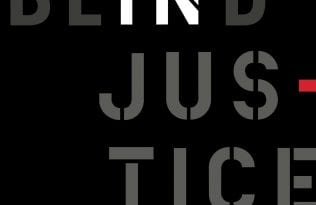