In recognition of this month, UC Press presents this reading list examining Jewish American individuals and contributions, history, and culture.

Ruth Bader Ginsburg’s last book is a curation of her own legacy, tracing the long history of her work for gender equality and a “more perfect Union.”

During Justice Ruth Bader Ginsburg’s visit to Berkeley, she told her life story in conversation with Tyler. In this collection, the two bring together that conversation and other materials—many previously unpublished—that share details from Justice Ginsburg’s family life and long career. These include notable briefs and oral arguments, some of Ginsburg’s last speeches, and her favorite opinions that she wrote as a Supreme Court Justice (many in dissent), along with the statements that she read from the bench in those important cases.

Who Will Lead Us?
The Story of Five Hasidic Dynasties in America

Judaisms
A Twenty-First-Century Introduction to Jews and Jewish Identities

What does it mean to be a Jew in the twenty-first century? Exploring the multifaceted and intensely complicated characteristics of this age-old, ever-changing community, Judaisms examines how Jews are a culture, ethnicity, nation, nationality, race, religion, and more. With each chapter revolving around a single theme (Narratives, Sinais, Zions, Messiahs, Laws, Mysticisms, Cultures, Movements, Genocides, Powers, Borders, and Futures) this introductory textbook interrogates and broadens readers’ understandings of Jewish communities.

Jews in the Los Angeles Mosaic

Influenced by popular notions that the West is a place of vanishing Jews and disappearing Judaism, most people draw a blank at the words “Los Angeles Jew.” Yet, the region is home to the second largest number of Jews in North America, and boasts the fourth largest Jewish population in the world, behind only Tel Aviv, New York City, and Jerusalem.

Since the Gold Rush, Bay Area Jews have countered stereotypes, working as farmers and miners, boxers and mountaineers. They were Gold Rush pioneers, Gilded Age tycoons, and Progressive Era reformers. Told through an astonishing range of characters and events, Cosmopolitans illuminates many aspects of Jewish life in the area: the high profile of Jewish women, extraordinary achievements in the business world, the cultural creativity of the second generation, the bitter debate about the proper response to the Holocaust and Zionism, and much more.

Since Peter Stuyvesant greeted with enmity the first group of Jews to arrive on the docks of New Amsterdam in 1654, Jews have entwined their fate and fortunes with that of the United States—a project marked by great struggle and great promise. What this interconnected destiny has meant for American Jews and how it has defined their experience among the world’s Jews is fully chronicled in this work, a comprehensive and finely nuanced history of Jews in the United States from 1654 through the end of the past century. 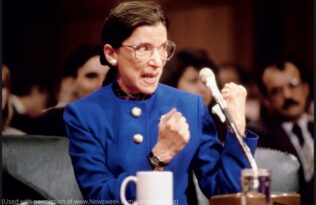