Available for the first time in English, these previously unavailable essays introduce readers to the foundational concepts of the relationship between film and literary adaptation as put forth by one of the greatest film and cultural critics of the 20th century.

Adaptation was central to André Bazin’s lifelong query: What is cinema? Placing films alongside literature allowed him to identify the aesthetic and sociological distinctiveness of each medium. More importantly, it helped him wage his campaign for a modern conception of cinema, one that owed a great deal to developments in the novel. The critical genius of one of the greatest film and cultural critics of the twentieth century is on full display in this collection, in which readers are introduced to Bazin’s foundational concepts of the relationship between film and literary adaptation.

Expertly curated and with an introduction by celebrated film scholar Dudley Andrew, the book begins with a selection of essays that show Bazin’s film theory in action, followed by reviews of films adapted from renowned novels of the day (Conrad, Hemingway, Steinbeck, Colette, Sagan, Duras, and others) as well as classic novels of the nineteenth century (Bronte, Melville, Tolstoy, Balzac, Hugo, Zola, Stendhal, and more). As a bonus, two hundred and fifty years of French fiction are put into play as Bazin assesses adaptation after adaptation to determine what is at stake for culture, for literature, and especially for cinema. This volume will be an indispensable resource for anyone interested in literary adaptation, authorship, classical film theory, French film history, and André Bazin’s criticism.

Dudley Andrew, Professor Emeritus of Comparative Literature and of Film Studies at Yale University, is biographer of André Bazin, whose ideas he extends in What Cinema Is! and Opening Bazin. With two books on 1930s French Cinema, Andrew was named Commandeur de l’Ordre des Arts et des Lettres. He is a member of the American Academy of Arts and Sciences.

The following passage is excerpted from the book’s Introduction, written by translator Dudley Andrew, and titled: André Bazin’s Position in Cinema’s Literary Imagination

More than forty years ago, I inadvertently put my foot into what Mary Ann Doane, soon to be a distinguished film scholar, warned me was the swamp of adaptation, when I composed an under-researched article that has kept me trudging intermittently onward ever since.1 That article has many problems, but it did properly stake out the two principal directions one could take in this unmapped zone: semiotics and sociology. The former avoids history and encompasses media specificity (including media overlap), narratology, comparative stylistics, registers of equivalence, and degrees of fidelity. The latter deals with periods and movements in multiple arts; the varied incarnations and remediations of overriding themes, situations, and characters; the national promotion or censorship of topics; comparative reception and the fluctuating force of fandom, etc. Both directions demand general reflection and specific case studies. In 1980, emerging from a decade of semiotics and narratology, I held the banner of the sociological alternative high so it could at least be recognized. Actually I was unknowingly contributing to a wave that turned the leading edge of adaptation studies away from analyzing pairs of texts (novels into films) and toward cultural studies. I urged broad but controlled research into how literary texts and movements have been appropriated and exploited by producers and consumers in various times and places, and how, sometimes, there has been a reverse flow from film back to literature. The impact of the text, not its inviolability, counts for social history. Then cultural studies came to completely dominate the humanities, and I flinched to see original works of literature left unprotected from roving bands of critics who applauded while books and plays I considered masterworks were manhandled in ways alleged to be relevant, challenging, or simply postmodern. Eventually I published an about-face called “The Economies of Fidelity” in a collection neatly titled True to the Spirit. Fidelity, I argued, cannot be pushed brusquely aside. It may be overvalued, but it remains a value for all that, and one not to be dismissed even in cases when it is flagrantly traduced.

Evidently, I don’t know where I stand, apparently trudging in both directions. But I take heart, since André Bazin had done the same, though in his case with a plan and in full awareness. He knew that a social history of the arts alongside technological and stylistic knowledge of both literature and cinema must accompany, perhaps tacitly, any worthwhile examination and assessment of those many moments when these media collide in adaptation. Adaptations are not curiosities, constituting a niche genre. They are crucial for the health and growth of both fiction and film. They also open up for the critic and the public a glimpse into the (semiotic) workings of both forms and into the sociology of cultural production.

Bazin treated cinema’s rapport with literature, what I call its “literary imagination,” as the necessary complement to its rapport with reality. His most famous essay, “The Ontology of the Photographic Image,” anchoring his realism, appeared in print in 1945, a few months before his equally intricate piece on André Malraux’s Espoir came out in Poésie. There Bazin dared to suggest that Malraux’s film could be taken on a par with his novel, because, as he would state three years later in “Cinema as Digest,” it is effectively its twin and it doesn’t matter which was the first to come out of Malraux’s head. Even if they drift down different streams of cultural history—one literary, the other cinematic—they share the DNA of this auteur’s style. “Cinema as Digest” put the new medium in its place, that is, situated it among the arts as these have evolved in Western culture since the Middle Ages. This kind of historical-cultural investigation was essential to Bazin’s quest to discover “What is Cinema?,” just as were his ideas about the medium’s specificity in the essay on photography’s ontology. Certain that, pace Jean-Paul Sartre, “Cinema’s existence precedes its essence,” Bazin recognized the need for an ontogeny of the medium that would complement its ontology. Both types of investigation demand a scrutiny of cinema’s stylistic resources, such as he provided in the Malraux example and many of his film reviews. As those reviews intermittently demonstrate, cinema’s ontogeny involves an evolution in which it grew out of, and in symbiosis with, literature. 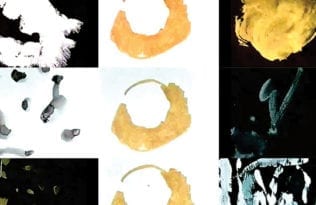 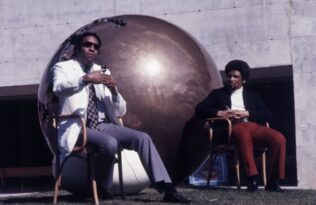 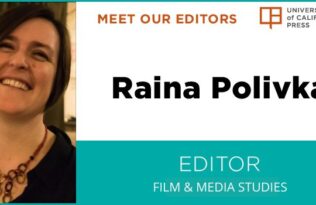 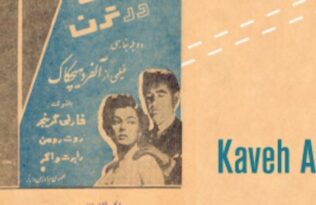