Wang Daokun (1525-1593) was a literary luminary of empire-wide standing in the Ming dynasty; he represents an outstanding instance of Confucian scholar-official engagement in local matters in his home prefecture of Huizhou. Among Daokun’s vast Huizhou-related writings are numerous accounts of Huizhou merchants and Huizhou women. Why did Wang Daokun select to highlight these two social groups? This is one of the key questions that lies at the heart of my new book, Huizhou: Local Identity and Mercantile Lineage Culture in Ming China. The answer is twofold: one manifest and the other latent.

Huizhou, against the backdrop of the sixteenth-century commercial revolution, was becoming the homeland of arguably the most powerful mercantile group of Ming China, in large part because of the support these merchants enjoyed from home lineages. Wang Daokun presented his stories of Huizhou merchants and Huizhou women in the context of local lineages. He consciously constructed a mercantile lineage discourse that was gentry-guided and merchant-based. In the large number of merchant biographies he wrote, he chose to honor their vocation, encode their Confucianized mercantile ethics, compliment their business acumen and devotion to home lineages, and advocate their social advancement strategy of alternating between learning and trade. In recording the large number of local kinswomen and compiling a new Biographies of Exemplary Women, he also chose to honor the practice of female chastity, thereby promoting Huizhou as an epicenter of the female chastity cult — also known as the “Confucian heartland of women.”

Wang Daokun’s juxtaposed focus on merchants and women suggests that the surging cult of female chastity was closely linked to Huizhou mercantile lineage culture. As copious demographic data from a leading Huizhou mercantile lineage shows, the most important underlying factor in the formation of the female fidelity cult was the changing family-lineage structure, which was brought about by a high incidence of sojourning tradesmen in the region. Since the majority of young men in Huizhou left home for business and returned only “once in every three years,” the age at which couples had their first child tended to be advanced. This demographic trend combined with a moderate average life span to make the nuclear family the norm. Situated in single-couple households, wives of sojourning husbands tended to be relatively free from the patriarchal monitoring of their sexuality. One effective way to ensure the fidelity of these women was to appeal to the larger lineage. This in part explains why Huizhou merchants were so eager to make contributions to consolidating home kinship institutions, including various restrictions on kinswomen. But by tightening the Confucian yoke on women, in the end Huizhou merchants constrained themselves as well, for this oppression reproduced not just the patriarchal order but also the entire mercantile lineage regime.

Wang Daokun may not have been completely aware of the household demographic trend of sixteenth-century Huizhou and its impact upon local family-lineage composition, but his stories of merchants committed to Confucian values and women devoted to conjugal fidelity combined with the mundane demands of local society to both capture and perpetuate Huizhou gentrified mercantile lineage culture. 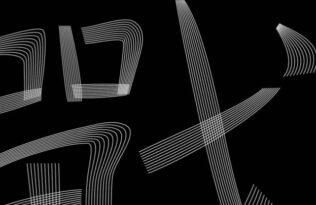 Q&A with Olivia Milburn, translator of Kingdoms in Peril 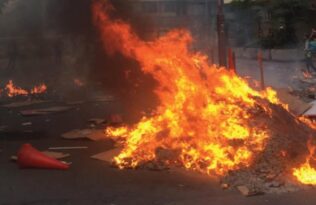 How did things in Hong Kong turn so bad so quickly?