Alex Dukalskis is an associate professor at University College Dublin and author of Making the World Safe for Dictatorship and The Authoritarian Public Sphere: Legitimation and Autocratic Power in North Korea, Burma, and China, as well as numerous articles on authoritarian states, Asian politics, and international human rights. Along with his research, teaching and writing responsibilities, Professor Dukalskis is Section Editor for UC Press’s journal Communist and Post-Communist Studies.

UC Press: Thank you for your contributions to Communist and Post-Communist Studies!

AD: Thank you for having me! The journal is really going in exciting directions and I’m happy to be a part of it.

UC Press: The annual meeting of the International Studies Association is about to kick off, where you’ll be participating in a (virtual) panel called Authoritarianism and the Rule of Law. What will you be focusing on in your section of the panel?

AD: This panel pulls together papers by a range of scholars who study how authoritarian states cooperate with one another and how they aim to shape international institutions and organizations to their advantage. If the structure of rules and institutions can be shaped more to the advantage of authoritarian states then this helps entrench their power. My own contribution is an analysis of China’s engagement with the United Nations Human Rights Council (HRC). In that forum China works to advance human rights norms that are less threatening to its hold on power than rights associated with liberal democracy. To do so it uses a range of tactics, from simple persuasion and mobilizing like-minded states to tactical deception to repressing critics who might testify in front of the HRC.

UC Press: Speaking of authoritarianism and the rule of law, a lot of the world’s attention has (rightly) been on the Russian war on Ukraine. Less so on the ongoing military coup in Myanmar (Burma). What is happening in Myanmar?

AD: In Myanmar the military has waged war on its own population. Any reasonably free and fair election in the last 35 years has shown that about 60-65% of the population does not want military rule while only about 20-25% are more sympathetic to it. The recent coup was puzzling insofar as the constitution it overthrew already reserved a huge amount of power to the military. However, the military’s proxy party just couldn’t compete in the electoral sphere and therefore it chose to overturn the entire apple cart. In addition, for decades there have been dozens of militias fighting against the state or with each other. The coup and clampdown will probably exacerbate conflict dynamics for a long time.

UC Press: Bringing your research back home, so to speak, the US is also no stranger to budding authoritarianism. How much should we worry?

AD: Well, at the end of the day the checks and balances held. Autocratic personalities arise in any given political system, so the job of democracy is to check the ambitions of those kinds of leaders. In this case there was clearly a leader who wished to overturn a bad election result and the system held—although perhaps it was a bit too close for comfort. Clearly there are reforms that would reduce the chance of this happening again, but deeper problems with the political status quo in the US are inhibiting those.

UC Press: In your role as Associate Editor for CPCS, you handle manuscript submissions on topics related to communist and post-communist Asia. Are there any recent or forthcoming papers that have caught your attention?

AD: I’m excited about a lot of our content, but let me highlight a contribution in our current volume about North Korea by Peter Ward, Andrei Lankov, and Jiyoung Kim: Common-Pool Resource Depletion and Dictatorship: North Korean Coastal Fishing in the Age of Marketization. North Korea is a hard context to study because of the lack of data availability, but this paper uses fishing patterns and policy to dig deeper into the nature of North Korea’s authoritarian governance. The result is an insightful, creative, and empirically rigorous read.

UC Press: For readers who might be considering manuscript submissions, what are some of the things you’re looking for in new submissions?

AD: Asia has four of the world’s five remaining states organized explicitly on communist/Leninist lines: China, North Korea, Laos, and Vietnam. There is a rich diversity of topics to study with these four states alone. New avenues open up even more when one considers that comparison with one another, with non-communist states in the region, or with historical cases of communist rule can open up new avenues of knowledge. Beyond these states there is still much to study when one considers communist movements in the region, the foreign policies of Asian states when it comes to communist states, historical legacies of the repression of communist and labor movements, and so on.

UC Press: Thanks again for your work with CPCS, and for sharing your thoughts with us today! 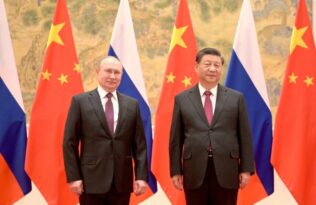 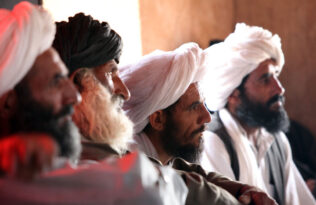 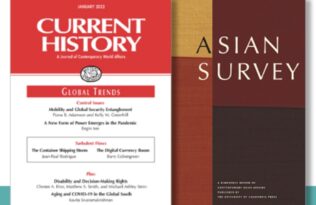 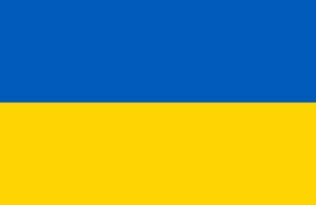