Olivia Milburn is Professor in the Department of Chinese at Seoul National University. Her previous publications include The Glory of Yue and The Spring and Autumn Annals of Master Yan.

One of the great works of Chinese literature, beloved in East Asia but virtually unknown in the West, Kingdoms in Peril is an epic historical novel charting the five hundred years leading to the unification of China under the rule of the legendary First Emperor. Writing some fourteen hundred years later, the Ming-era author Feng Menglong drew on a vast trove of literary and historical documents to compose a gripping narrative account of how China came to be China.

Translated into English for the first time, Kingdoms in Peril recounts the triumphs and tragedies of those five hundred years, through stories taken from the lives of the unforgettable characters that defined and shaped the age in which they lived. This abridged edition distills the novel’s distinct style and its most dramatic episodes into a single volume. Maintaining the spirit and excitement of the original novel, this edition weaves together nine of the most pivotal storylines––some extremely famous, others less well known. Readers will glimpse the intensity of tectonic events that shaped everyday lives, loves, and struggles, with powerful women featuring as prominently in the novel as they have in Chinese history. There are many historical works that provide an account of some of these events, but none are as thrilling and breathtakingly memorable as Kingdoms in Peril.

You’re an award-winning translator of many classic and contemporary Chinese works, and an expert on Chinese history. What motivated you to work on an English translation of this work, in particular?

Right up to the present day, Feng Menglong is admired as one of the greatest short story writers ever to work in the Chinese language. His novels have been comparatively neglected, which is a shame because they are wonderful too. I first got interested in Kingdoms in Peril twenty years ago, working on my PhD, when I was researching representations of the Zhou dynasty in Chinese historical fiction. It was such an interesting book that I started to translate some passages for fun, initially just intending to hand out to friends and family to explain what I was studying. This project grew out of that experience.

Feng Menglong is an author who can take something with the epic sweep of the history of the five hundred years running up to the unification of China, and keep a tight grip on both the main narrative and all the little telling details. The hundreds of characters are individualized, and each one of them (for better or worse) plays their part in the story—it really is a literary masterpiece. Feng Menglong was an expert on the history of this period, but it was only right at the end of his life that he was ready to work on this novel, which I think should be regarded as his magnum opus.

One of the main goals of our World Literature in Translation series is to expand our sense of classic literature to be truly inclusive of traditions from around the world, instead of the more Western or European focused lists represented by Penguin / Oxford Classics. Why is it so critical to have an English translation of this classic Chinese novel by Feng Menglong? How does this work expand our understanding of Chinese history and literature?

When Feng Menglong originally wrote this novel, it was not just with the intention of telling a good story. He also wanted to say something about how history shapes subsequent events, and to talk about the cultural legacy of the Zhou dynasty. This is quite explicit, and it is the reason he includes so many quotations of writings by other people about the history of this time. He wanted readers in the Ming dynasty to understand that history is important, and that it impacts what happens later in sometimes quite unexpected ways. Kingdoms in Peril is a historical novel, but it was written by an expert in the field, and it draws on a truly vast range of sources: the accuracy achieved is very impressive. There is no historical account, no textbook that will give you a better impression of what happened in the run-up to the unification of China than this book. For anyone trying to understand what happened at this crucial juncture in world history, you must read Kingdoms in Peril.

Can you tell us about a favorite scene or moment in the story, that gives us a sense of the style of the novel?

It is hard to pick just one favorite scene from Kingdoms in Peril. However, I have always particularly liked the accounts of plotting and scheming against the enemy, so I will pick the final moments of the life-long rivalry between the generals Pang Juan and Sun Bin. On this occasion, Sun Bin calculated that Pang Juan and his troops would pass a particular spot at dusk, so he blocked the road with logs, leaving only one tree standing off to the side. He peeled away some of the bark and wrote a message there for Pang Juan, knowing that he would go and look at what it said. However, it would be too dark to read, and therefore Pang Juan would have to light a torch. And lighting the torch was the signal for Sun Bin’s archers to attack.

What were some of the key considerations and challenges that you faced while translating the work?

This is a historical novel, and when it comes to explaining the context to the modern reader, this is an issue already covered in the original. The people and events described would have been every bit as alien to a Ming dynasty reader as they are to us, so Feng Menglong is very careful to explain the cultural background. He also maintains a very approachable, accessible style which is relatively easy to put into English. The key challenge in translating comes with giving a good rendition of some of the direct quotations from ancient source texts, where the language can be very difficult indeed—Chinese philosophical and historical writings dating to the late Bronze age can be astonishingly laconic, and there is a knack to working out what has been omitted. This is one of the key reasons that Kingdoms in Peril has not been translated in full into other languages: the Ming dynasty parts of the novel are straightforward enough, but non-academic translators do not want to touch the quotations from ancient classical texts.

What is the one thing you hope readers will take away from the book?

I think the main message of this book is that these people were just like us, in terms of having the same feelings, the same psychological complexity as us. But at the same time they are not like us, because they lived though the most appalling social collapse, in which all the normal safeguards of laws, moral codes, and understanding of what constituted acceptable behavior in society simply crumbled because of constant warfare. Ultimately, I guess, Kingdoms in Peril is a tribute to the handful of people who held their nerve and tried their best to make things better in what was a truly terrible situation.

Nigeria Shows How the Silver Screen Can Be Saved
Q&A with Ryan Edwards, author of A Carceral Ecology 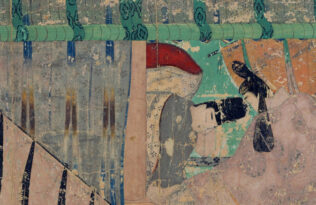 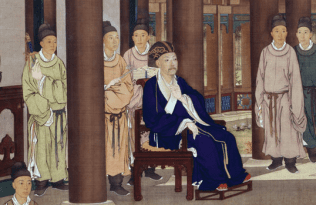 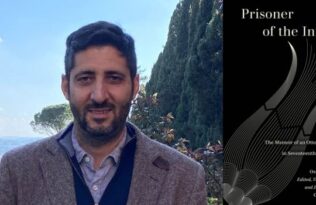 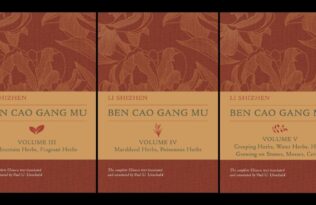