As part of our ongoing Editor Spotlight Series, we connected with UC Press Associate Editor Enrique Ochoa-Kaup to talk about his new role managing the Asian studies and Latin American studies lists, and what kinds of projects he’s looking for. Enrique also shares details about his professional background and how authors can connect.

How did you become an editor at UC Press? Tell us more about your background.

Before joining the press, I was living in Mexico City and working as a freelance writer covering the 2018 elections. I found university press books to be a vital resource for understanding Mexican history and politics, taking me beyond the standard talking points recycled in news articles. After leaving Mexico City and looking for the next stage in my career, I saw a tweet from a professor I had interviewed, Christy Thornton, sharing that her editor at UC Press was looking for an assistant. This seemed like an opportune moment. I was hired and worked as an Editorial Assistant with Kate Marshall on the anthropology, Latin American studies and food studies programs, and Michelle Lipinski on the technology studies and economics programs.

Over my three years as an assistant, I took on more responsibility, covering for both of my editors while they were on parental leave. I also acquired my own projects on topics that I was personally invested in. When the job opened for the new Associate Editor position for the Asian studies and Latin American studies programs, I jumped on it. I knew it was an opportunity to do more of the type of work that interested me.

What most excites you about this new role? How would you describe the role of an editor?

I am excited to have the opportunity to reach out to people whose work I find fascinating and important. I also want to help authors produce the best book that they can, providing feedback as needed. I think an editor’s role is to be an advocate for an author and their book within the press, and to champion their work. That means providing support and making sure their vision gets represented throughout the whole process.

I am fortunate to have inherited several excellent series. Just to name two, the Asia Pacific Modern series, edited by Takashi Fujitani, has a number of exciting projects in the works and has published some significant books on Asian history. The Violence in Latin American History series, edited by Pablo Piccato, Federico Finchelstein, and Paul Gillingham, is a highlight of our Latin American history list and has books in the pipeline that I am looking forward to getting out into the world. A number of series in the Asian Studies program have institutional subvention built in for open access funding (rather than requiring  the author to bring in funding). I think this is an exciting structure that will allow these books to attract more readers and have a greater impact.

Finally, scholarship on Latin America and Asia is of particular interest to me since I was raised in a part of Southern California that was mostly Latinx and Asian.

What kinds of projects are you looking for?

UC Press has strong Asian and Latin American studies programs in large part thanks to the previous editors Reed Malcolm and Kate Marshall. Each list has areas of strength that I want to continue to build on, as well as spaces where I want to grow our presence.

Broadly, I am seeking projects that uncover political histories, that highlight how Latin American and Asian regions engage with the rest of the world, and that explore injustice and inequality — particularly the systems that create them and how communities respond.  I am also looking for authors and topics that speak to people beyond academia and translate scholarship to raise consciousness and inspire people to act against injustice.

Could you talk about some of the books that you acquired while an Editorial Assistant?

I have always been interested in myths of nationalism and when La Güera Rodríguez: The Life and Legends of a Mexican Independence Heroine came across my desk, I knew it was  something I wanted to pursue. The writing was accessible, and the author, Silvia Arrom, had spent a lot of time researching and thinking about the main character. Similarly, when I heard  that Roberto González, a previous UC Press author, was working on a book about the militarization of data — it piqued my interest.  Because of Roberto’s dedication to criticizing and publicizing the perils of the military’s use of social science, his track record for writing in an accessible manner, and the timely subject matter, I thought War Virtually would make a strong addition to the Anthropology list and would definitely appeal to audiences beyond the discipline.

Another book that I worked on is from Eline van Ommen on how the Sandinistas used and worked with Nicaraguan solidarity movements in the West. I think it will make an important contribution to the study of the Cold War in Latin America, as a nuanced history of the Sandinistas’ time in power in the 80s through their revolutionary diplomacy. This is a history I know well through my own family history, yet I still learned a tremendous amount from her work.

What’s something surprising people don’t know about you?

Over the pandemic I have been working on a research project with my father, which explores the origins and impact of Che Guevara’s Bolivian diary. This fascinating global story has never been told in its entirety in English or Spanish, and highlights Cold War dynamics around the world. I have been working with librarians over the last year to get access to documents, since I couldn’t travel to those locations. I have found the process of tracking down documents and finding previously unpublished sources that will change our understanding of the diary thrilling.

As part of this project, I became interested in the role of radical publishers — most of whom were small independent book and magazine publishers — and how they helped shape the way the Left viewed Che and ideas of revolution. I’m also fascinated by how these publishers won the battle for the narrative over those who tried to use the diary to discredit the ideology and tactics of Che after his death in Bolivia. The story brims with eccentric and complex characters.

What’s some advice you often find yourself giving to authors?

Be sure to highlight what is significant, new, and novel about your book when talking to editors. Make it compelling, succinct, yet descriptive enough for the editor to recognize what is important about your work. This might sound obvious, but a lot of the time an author’s key intervention or purpose gets lost in a proposal.

How can authors connect with you?

If you are interested in speaking or have a project for me to consider, you can reach me via email: eochoakaup@ucpress.edu 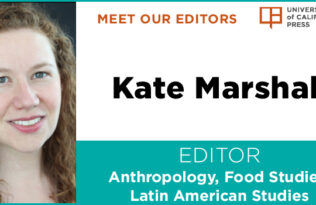 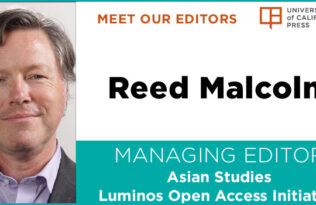 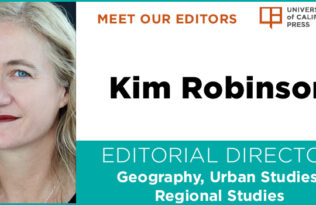 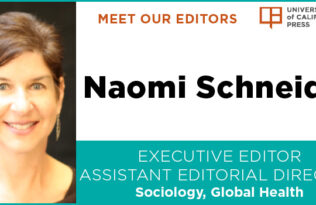