By Roberto J. González , author of War Virtually: The Quest to Automate Conflict, Militarize Data, and Predict the Future

The time is a year after tomorrow.

The place is the United States of America.

Turmoil has steadily enveloped the country following contested midterm elections, multiple armed insurrections at government buildings, and recurrent waves of COVID-19, which has continued mutating and evolving. The latest variant—Omega—is more contagious, vaccine-resistant, and virulent than any previous strain, and it’s taking a particularly heavy toll on those 100 million Americans who are not fully vaccinated and boosted. Hospitals are overwhelmed with critically ill patients and a chronic shortage of doctors and nurses. Americans are weary, distrustful, and deeply divided after a tumultuous period of political volatility, economic uncertainty, and bewilderingly complex public health mandates.

Frustration boils over into anger, and eventually widespread civil unrest. The acting president, sworn in under the 25th Amendment following the COVID-related hospitalization of the octogenarian head of state, deploys federal troops to quell massive protests and riots in Washington DC, Seattle, Atlanta, St. Louis, New York, and several other major American cities.

The nation’s public health systems are on the verge of collapse. Out of desperation, a slim majority of the US Congress votes to subsume the Centers for Disease Control and Prevention directly under the Department of Defense to ensure stability and public safety. Consequently, the Pentagon now has access to massive troves of personal and positional data on Americans, collected with powerful contact-tracing smartphone apps created using Exposure Notifications, a joint Google-Apple API, or application programming interface. Many citizens are apparently unconcerned by the Pentagon takeover: opinion polls indicate that public confidence and trust in the military is at an all-time high, far exceeding that of other institutions such as the Congress, the Supreme Court, and the Executive Branch.

The giant tech firms initially promised to design an interface that would safeguard the privacy of hundreds of millions of users by not gathering identifying data. But under pressure from sectors within the Defense Department and the US Intelligence Community—and with encouragement from the Defense Innovation Board, a civilian advisory group made up of the tech industry executives and academic researchers—the companies capitulated by modifying the API. With a few hundred lines of computer code, Big Tech helped US government agencies create a near total surveillance state.

As social instability spreads, local and federal law enforcement agents, working together in Homeland Security fusion centers, monitor the movements of clashing groups of rioters, protesters, and counter-protesters, some of whom are located in statistically probable future crime sites—at least according to predictive policing software created by a Silicon Valley start-up firm. Facial recognition technology developed by Amazon Web Services allows law enforcement officials to identify individual protesters with criminal records—although darker-skinned people are much more likely to be misidentified by the software program than lighter-skinned people, due to biases inadvertently built into the technology. In a highly coordinated effort, federal agents and national guardsmen in several cities begin pursuing groups of rioters and protesters using unmanned drones, equipped with tasers and tear gas. Once the demonstrators are immobilized, troops arrest and detain them by the thousands. It’s the latest example of a peculiar form of technological totalitarianism that has steadily enveloped the country as legal and political norms have eroded.

Such dystopian scenarios may not be as far off as you think.

As I show in my new book, War Virtually: The Quest to Automate Conflict, Militarize Data, and Predict the Future, nearly all of the hardware, software, and automated processes already exist, and are becoming more sophisticated with each passing year. New platforms for virtual warfare, surveillance, and social control pose a grave danger to democratic governance—and human survival, especially in heavily militarized societies like the United States. Sixty years ago, in his farewell address to the nation, President Dwight D. Eisenhower warned his fellow Americans that the defense industry threatened the integrity of US political life. Today, we face an even more daunting challenge as scientists seek to integrate artificial intelligence, automated weapons, big data analytics, and digital surveillance into projects that are more ambitious than anything the military-industrial complex has attempted in the past. What’s especially alarming is the possibility that tech firms possessing personal data from hundreds of millions of Americans might someday use such information to develop products tailor-made for military, intelligence, and law enforcement agencies.

The prospect of a merger between Big Tech and Big Defense should concern anyone who cares about the viability of a democratic society.

But none of this is inevitable—there’s still time to fight back. 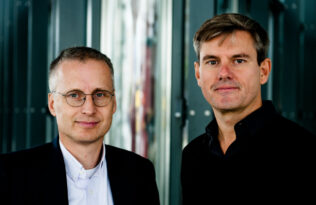 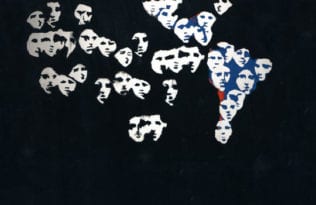 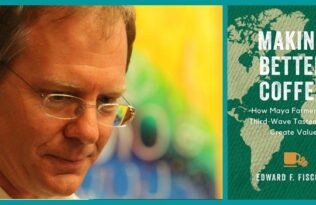