By Geniece Crawford Mondé, author of This Is Our Freedom: Motherhood in the Shadow of the American Prison System

In the wake of global protests for justice in the summer of 2020, a broader conversation about the impact of this country’s criminal legal system and its ties to systemic inequality was again at the forefront of national dialogue.  Yet despite the promise of 2020, the past year and a half has brought a sharp and swift backlash against calls to dismantle the harmful institutions that have disproportionately impacted marginalized communities.

To those familiar with the history this country’s criminal legal system, this response is hardly surprising. As in times past, the hope and possibility of change is met with fear, bad faith arguments and an unwillingness to move beyond the status quo.

The seventy women I interviewed for my new book, This Is Our Freedom, were well acquainted with the consequences of living in a society that prioritizes punishment above restoration. Some of the women came of age during the War on Drugs and saw first-hand the devastating toll of punitive-centered policies that gave way to militarized policing and harsh prison sentences. For them and their families, the hope inspired by policies enacted during the 1960s was met with the breathtaking expansion of prisons during the 1970s, 1980s and 1990s. For both the older women and younger women I interviewed, they would eventually all share the common experience of maternal incarceration, and the many resulting challenges.

The journeys these mothers take as they rebuild their lives won’t make headlines. But each day, they embark on their own quiet revolution, trying to challenge systems of oppression that diminish their worth as mothers. Throughout the book, I show that despite their marginalized status, women find ways to center their needs and those of their children. The delicate balance they strike between deferring to powerful institutional actors and staking claims to their roles as women and as mothers, offers insight into what it means to live life on the margins.

The following passage is excerpted from This Is Our Freedom: Motherhood in the Shadow of the American Prison System

Mainstream representations of pregnancy are filled with images of couples scrambling to find suitable childcare, assembling baby furniture, and searching for a pediatrician. For Kishana, the heightened state of urgency created by the need to leave an abusive partner made that vision of expectant motherhood feel incredibly distant. She wanted stability and had hoped that she and Gary might experience what researchers describe as a “magic moment.” Facing the uncertainty of impending parenthood, the magic moment describes how a new baby provides a type of relational anchoring for a couple. Relationships are restored, fathers want to become family men, and women are willing to forgive past grievances with their child’s father. This magic moment, however, would remain elusive for Kishana.

At the time we spoke, Kishana had only been out of prison for two and a half weeks. Early in her three-year prison sentence for aggravated assault, she gave birth to a son and had to decide whether to place him in foster care or place him in the custody of the very man she held responsible for her criminal conviction. Ultimately, Gary assumed custody of their son for the duration of her sentence. In an unexpected turn of events Gary regularly sent her care packages and met all of her material needs. To Kishana this was his attempt to make penance for his role in her incarceration. His attentiveness did little to compensate for the years of abuse she experienced at his hands and for the years in prison she would have to spend away from her children.

After the birth of her second child, Kishana made a promise to God: from then on she would carefully consider her choices in a partner. No man, she concluded, was worth the heartache that she had experienced up to that point. Before going to prison Kishana warned her young daughter to avoid her pitfalls. Recounting the experiences that led her incarceration she admonished her then nine-year-old daughter that “men are not worth this.” Indeed, for Kishana, it was her volatile and unstable relationships with men—her father, her daughter’s father, and her son’s father—that created the contexts for her most difficult life experiences. While she had no choice in who her father was, she also felt that she made choices that placed her and her children in vulnerable positions. In her life, the pregnancies that resulted from her relationships weren’t the kind of turning points that positively impacted her trajectory. Rather, they exacerbated the challenges of already fraught relationships and contentious domestic environments.

In examining Kishana’s and other women’s experiences it is important to distinguish the stigma of criminal involvement from other stigmatizing characteristics often used in analyses of marginalized mothers. The stigma of poverty, for example, while significant in shaping life chances for low-income single mothers, holds different implications for women who are societally marked by a criminal record. Family support, for example, may be less available if an individual’s criminal activity caused a rift in existing relationships. Moreover, a criminal record is often one factor that excludes individuals from the very things couples prioritize before having a child, such as housing and employment.

When the challenges that shape the life of women extend beyond that of a relationship and are rooted in early life experiences, having a baby may arrive at a moment so volatile that there is little space for even the temporary optimism that a new life might bring. Within the first half of Kishana’s life she experienced varying degrees of love and chaos. In a place where she might have experienced stability, a two-parent middle-class home, she yearned for the love of her father. From her criminally involved boyfriend she found love and a sense of protection from her father’s rules, but there too she encountered turmoil and heartache when he was incarcerated. By the time Kishana was fifteen she was raising a daughter, who would spend the first years of her young life getting to know her father during visits to prison. Years later, that same daughter would visit Kishana when she too was incarcerated.

Reading List: Supporting Trans and Gender-Nonconforming Youth
Virtual Warfare is Already Here — But We Can Still Push Back 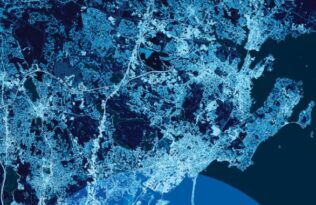 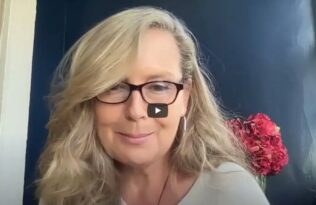