By Tracy Perkins, author of Evolution of a Movement: Four Decades of California Environmental Justice Activism

Yet at one point, this land had another likely future — as the location for a shallow, unlined trench to store nuclear waste. This sacred ground was right in the middle of the landscape where tribal members had collected medicinal herbs, practiced cultural rites, and sang long, detailed songs that described features of the landscape in connection to the origins and travels of their people. The landfill also threatened to contaminate the aquifer below it, and eventually the Colorado River. And so the tribes of the Southern Colorado River formed the Colorado River Native Nations Alliance to fight it. Together with their allies from other tribes, the environmental justice movement and the international anti-nuclear movement they spent more than a decade building coalitions, lobbying the government in Sacramento and Washington DC, filing lawsuits, holding protests, participating in spirit runs and occupying federal land for 113 days. The Fort Mojave faced down the threat of having all federal funds withdrawn from their tribe. Protesters occupying the federally owned site of the planned landfill braved the possibility of being shot by the gun-toting rangers of the Federal Bureau of Land Management, who were there to forcibly remove them from the occupation site.

Instead, the activists held their ground, and won.

The long struggle against the Ward Valley nuclear-waste landfill is one of the many dramatic events of the United States environmental justice movement in the 1980s and 1990s. As I illustrate in my new book, Evolution of a Movement: Four Decades of California Environmental Justice Activism, these activists regularly used disruptive protest tactics to protect their lives, homes and communities, and they often won. Yet the kinds of tactics the Ward Valley protesters used are less common today. Early activism of the 1980s and 1990s succeeded in cracking open government doors to greater engagement in the official political spaces where many environmental justice advocates now focus their work. Much of the California environmental justice movement has moved away from the kind of high-risk, disruptive protest used at Ward Valley, directing efforts toward policy advocacy, electoral politics, and professional activism housed within nonprofit organizations.

The results of this trend have been mixed. Some important policy victories have been won and greater resources have been brought to bear on addressing the state’s many environmental injustices. At the same time, the opportunity to participate more in the official spaces of the state raises the same questions that many other social movements face: How can change best be made? Is it better to work inside the state or to push its representatives to do better from the outside? How can activists combat cooptation, and the slow slide toward increasingly centrist goals that it fosters?

In the face of such challenges, we should not forget the more oppositional tactics used at Ward Valley, nor the other early environmental justice campaigns that formed the foundation on which today’s activists stand. They are stories worth remembering, celebrating, and passing on to the next generation. The Southern Colorado River Tribes and their allies do just this. On February 19, the Fort Mojave Tribe held their 24th annual spiritual ceremonies to commemorate the win at Ward Valley. Tribal members and their allies traveled once again to the site of the proposed landfill, as they do every February, to honor those who have passed away, to share information about current threats to the land, and to pass on the story of the campaign to the next generation. It’s a beautiful tradition, and one worth learning from. 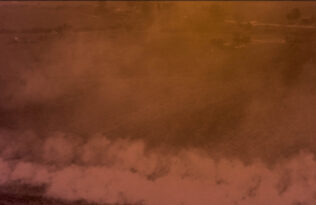 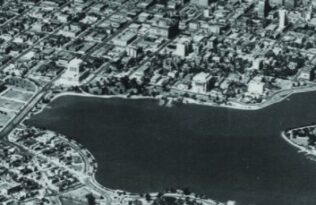 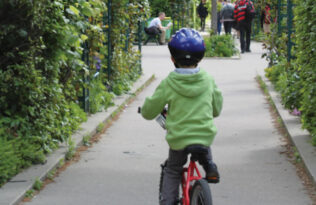 Why We Need to Reimagine Our Cities 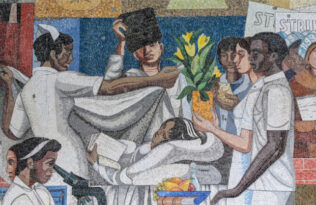