Marcel Nicolaus is a sea ice physicist at the Alfred Wegener Institute for Polar and Marine Research; Matthew Shupe is a research scientists with the Cooperative Institute for Research in Environmental Sciences at the University of Colorado and at the National Oceanic and Atmospheric Administration’s Physical Sciences Laboratory; and Benjamin Rabe is a physical oceanographer and polar marine climate scientist at the Alfred Wegener Institute. Together they make up a core part of the Multidisciplinary drifting Observatory for the Study of Arctic Climate (MOSAiC)—the first year-round expedition into the central Arctic to explore the Arctic climate system. Research outputs from the expedition make up a new special feature in UC Press’s open-access journal, Elementa, Science of the Anthropocene.

UC Press: A year-long expedition, a $160,000,000+ budget, and a wealth of research on climate-driven change in the Arctic. First off, a big congratulations to you and the rest of the MOSAiC team for this amazing accomplishment!

MN: Thank you very much!

MS: I’d like to recognize the whole MOSAiC team. What an amazing collection of individuals: technicians and scientists, cooks and ship’s crew, mechanics and polar bear guards, data managers and communicators. All of these people, many in the field and many back home, were essential to making MOSAiC the success that it was.

MN: Publishing the first overview manuscripts on the atmosphere, snow and sea ice, and ocean work is a real milestone for the MOSAiC project. These publications summarize the work of more than 200 authors from all over the world and they describe the linkages between the different teams and disciplines of MOSAiC. However, these publications are also only the first step and much more exciting data and findings will follow in the coming months and years.

BR: It’s been really satisfying to all of us who put a lot of effort into this expedition to see the first summary papers of MOSAiC being published. But like Matt says, the work does not stop now! It’s really only just begun, and we hope that all of us already involved and many more scientists around the world will use this wealth of data to crack some of the nuts still hidden away in the complex processes at work in the central Arctic.

UC Press: Drifting on an icebreaker in the freezing Arctic Ocean—What was it like pulling the team together? Were researchers eager to commit to such a long, arduous journey, or was it a challenge?

MN: First of all, it was really easy to find researchers from all over the world and on all aspects of the Arctic climate. Once the vessel was committed and the plans turned into reality, we could have filled the vessel with each of the scientific teams alone. The main challenge was to find the best team and compromises toward the common goal of a better understanding of the coupled system. We had to implement our plans based on a common science plan. We also succeeded in including colleagues with foci on satellite remote sensing and numerical simulations. Because only this allows large-scale assessments and improvements of forecasts.

BR: My field, physical oceanography, is a wide research field, but not that many scientists are specialists on those processes in the Arctic Ocean that we studied during MOSAiC. We had broad interest in participating in this unique expedition, but many scientists did not find it easy to get support from their funding agencies. However, in the end, many funders did commit and made this amazing work around the MOSAiC drift possible. The coordination with other disciplinary teams within MOSAiC was crucial, and will remain so for many years. Although conditions in the field were often challenging, most scientists would probably consider this a unique experience that they would not want to have missed.

MS: I agree, it was generally easy to find eager participants; the opportunity to go on such an extraordinary expedition is rare and many saw this as a once-in-a-lifetime experience. Importantly, we had many early career scientists involved, providing a tremendous boost to their careers. But perhaps the hardest part about “participation” was convincing the many funding agencies, nations, and institutions to invest and support this large team of scientists. That process took many frustrating years, but finally did come together in spectacular fashion.

UC Press: This week, the first three articles in the MOSAiC Special Feature published. What was your reaction to the general picture of the Arctic climate presented in these overviews?

MN: My first thought really is: it’s all linked and somehow related. At the same time, I am really happy and excited that we managed to compile these overviews. I am convinced that they will be the basis for many upcoming studies. Most of these studies will also include results and collaborators from the other sub-systems. Here, the MOSAiC concept pays off, which is based on combined and synchronous studies from the ice, ocean, and atmosphere.

MS: These first three papers are exciting, providing a window of insight into the potential of the MOSAiC data. The cross-cutting connections that link the atmosphere-ice-ocean system in the central Arctic (which were a top-level organizational goal for MOSAiC) are clearly laid out in these papers. Yet, these papers barely scratch the surface of what we will see to come in the years ahead. Further studies will dive into great detail on many themes, or will synthesize our knowledge in ways that were not possible in the past. Importantly, a diverse collection of model studies are also spinning up, to help integrate this knowledge into the tools we need to better understand, predict, and manage our rapidly changing global climate system.

BR: Past drift expeditions have shown that research and publications on the measurements obtained have continuously emerged, even more than a decade after the expedition had been completed. Many aspects of cross-disciplinary processes and the coupled system can only be analyzed once some of the nitty-gritty of the complex datasets have been disentangled. That includes extensive modeling studies that are already ongoing and planned for the future. We hope that MOSAiC data lays the foundation for research on Arctic processes for many years to come and will improve not only our general understanding, but also our predictive capabilities in this region of the world.

UC Press: What are some of the ways the climate in the Arctic can affect far-flung places like Europe, North America, or the Global South?

BR: There are a multitude of publications on connections between polar and lower latitudes. On the ocean side of things, the global thermohaline circulation, sometimes referred to as “global conveyor belt,” passes through the Arctic. Warm water from the Atlantic enters the Arctic Ocean and is modified near the surface by lots of fresh water from rivers and precipitation. Seasonal freezing and melting further changes things, so that the near-surface water becomes colder and fresher than the water below. The near-surface polar waters move via the Fram Strait and the Canadian Arctic Archipelago into the North Atlantic and the Nordic Seas. There they can, for example, alter the conditions to form deep water, which is a process necessary to keep the conveyor belt going. That has the potential to alter the way heat is distributed across the globe and to change regional temperatures. The deeper-lying warm water in the Arctic is modified there, as well, by flow of water from the shelves and slow processes in the Arctic Ocean interior. That water also moves via the Fram and Denmark straits toward the North Atlantic, and can change the circulation there.

MS: From an Earth system perspective, changes in the Arctic can themselves impact large-scale atmospheric circulation. The details of these processes are still a hot topic of research, but there are many hypotheses about how, for example, declining sea ice affects the interactions between the atmosphere and surface in the Arctic, which impacts large-scale gradients of temperature, and thereby affects northern hemisphere circulation. Such changes are speculated to contribute to increased variability in temperature or precipitation in mid-latitudes, where many people live and work. But change in the Arctic can also affect us in other ways through impacts on cargo shipping, tourism, resource development, geo-politics, wildfire, ocean ecosystems, and so much more. The changing Arctic has global implications that affect us all.

UC Press: Can you give us a glimpse of some of the articles yet to publish? Any key findings or surprises you’d like to highlight?

MN: I expect to see publications that will focus on processes across all sub-systems and disciplines for specific seasons. Quite a few of them are under review already. We will find results on freezing and melting processes of the sea ice, discussing the causes and consequences within the annual cycle. We will also find in-depth analyses of particular “events,” such as storms, snow and rainfall, melt, or dynamics, and see how these events impact the system over the seasons. Improved process understanding will be used to improve our model descriptions and finally forecasts on the various aspects of the coupled system.

BR: We were able to look at several processes and features in the Arctic Ocean that are important for the coupled system: We measured vertical mixing by turbulence in the upper water column; we measured temperature, salinity and horizontal currents across a region of about 50 km around the drifting icebreaker Polarstern. But one of the main benefits of MOSAiC is that we were able to look at a lot of variables at the same time around the same location! We observed that increased turbulence and mixing occurs due to storms and moving ice that stirred up the water below. But that didn’t always go as deep as we expected, as the water was already mixed deeper by heavy brine left in the water during ice formation. We found different whirls, called “eddies,” that we were able to map with several different measurement stations across the region of study, both by manual measurements and autonomous observations. All those physical features in the water feedback with the ice and the atmosphere, and the distribution of gasses and the ecosystem in the ocean. Those studies are either ongoing or just starting now that all the observational data is being gradually processed.

MS: So much research is currently moving forward because of MOSAiC. From the atmospheric perspective, there are studies examining key interactions with the surface: the transfer of heat contributing to the freeze or melt of sea ice; the transfer of momentum leading to movement and deformation of sea ice; the transfer of gasses with the ice and ocean that play key roles in elemental cycles such as the carbon cycle. There is a lot of focus on aerosol particles in the atmosphere, and particularly the processes through which they move into the Arctic and/or are produced locally. The Arctic atmospheric boundary layer is another cross-cutting theme, where different teams are examining the vertical structure, wind profiles, atmospheric mixing, and stratification. Clouds are an important theme, and research will examine cloud types, their interactions with aerosols, the precipitation they produce. Lastly, there are numerous events that will teach us about key processes like warm air mass intrusions into the Arctic and how they alter the surface energy budget.

UC Press: Thank you again for these extraordinary efforts! We look forward to reading more research from the MOSAiC Special Feature!

Elementa: Science of the Anthropocene is a trans-disciplinary, open-access journal committed to the facilitation of collaborative, peer-reviewed research. With the ultimate objective of accelerating scientific solutions to the challenges presented by this era of human impact, it is uniquely structured into distinct knowledge domains, and gives authors the opportunity to publish in one or multiple domains, helping them to present their research and commentary to interested readers from disciplines related to their own.
Impact Factor: 6.053
online.ucpress.edu/elementa 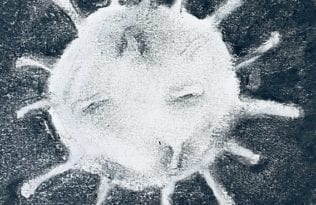 Call for Papers: COVID-19 and the Anthropocene 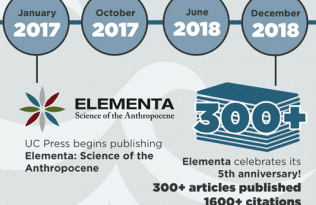 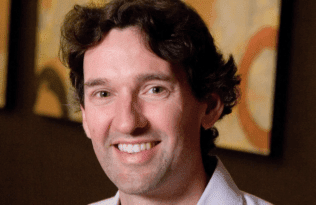