By Moon-Ho Jung, author of Menace to Empire: Anticolonial Solidarities and the Transpacific Origins of the US Security State

In the wake of very visible hate crimes against Asian Americans this past year, President Joe Biden vowed to combat racism to make America live up to its reputed ideals of inclusion and equality. “For centuries, Asian Americans, Native Hawaiians, Pacific Islanders—diverse and vibrant communities—have helped build this nation only to be often stepped over, forgotten, or ignored,” he said. Biden hoped that Asian Americans would be viewed and treated as full-fledged Americans. “You know, [they] lived here for generations, but still considered, by some, the ‘other’—the ‘other,’” he argued. “It’s wrong. It’s simply . . .  un-American.”

The urge to denounce racism as “un-American”—and implicitly to make anti-racism appear “American”—obviously belies the course of US history.

Many Asian Americans and Asian Americanists have reinforced that rosy image of US nationalism, responding to anti-Asian racism by pleading that Asian Americans belong to the American nation, that we can and should belong. “Ultimately, this is about who we are as a nation,” Vice President Kamala Harris said. “Everyone has the right to go to work, to go to school, to walk down the street and be safe, and also, the right to be recognized as an American—not as the other, not as them, but as us.”

Although I understand the impulse to proclaim our “Americanness” to condemn hate crimes and to demand progressive reforms, we cannot stop there. Perhaps we shouldn’t even start there.

I wrote my new book Menace to Empire to reckon with the past honestly and critically, beginning with the recognition that the United States is an empire rooted in white supremacy. Is it possible or desirable then to appeal for our inclusion in that racial and colonial order called the United States of America?

In the leadup to the US war in Iraq in 2003, Arundhati Roy issued a call not only to confront that ongoing history of empire but “to lay siege to it.” “To deprive it of oxygen,” she proposed. “To shame it. To mock it. With our art, our music, our literature, our stubbornness, our joy, our brilliance, our sheer relentlessness—and our ability to tell our own stories. Stories that are different from the ones we’re being brainwashed to believe.”

Menace to Empire is my attempt to tell a different story, a history that presents peoples in and from Asia as racialized and radicalized subjects of the US empire, not as immigrants aspiring to become Americans. From that perspective, it becomes possible to see anti-Asian racism, including racial violence, as quintessentially “American,” an expression of and a justification for US claims to sovereignty across the Pacific and around the world.

Particularly in the endless “war on terror,” we are accustomed to hearing “national security” used as the incessant rationale for state violence that no one can question, lest we be vilified as unpatriotic. In Menace to Empire, I trace “sedition” to its colonial origins that categorized anticolonial expressions and anticolonial movements as criminal acts.

During the height of the Philippine-American War in 1901, for example, the US Philippine Commission issued the Sedition Act, which made it “unlawful for any person to advocate orally or by writing or printing or like methods, the independence of the Philippine Islands or their separation from the United States whether by peaceable or forcible means.” Such laws, of course, reflected the persistence of anticolonial movements that the US state attempted to monitor, criminalize, and repress, a futile process that generated what it sought to contain.

That unyielding racial logic would evolve into the US national security state as we know it today—an unparalleled behemoth subjecting racialized and radicalized peoples around the world to unrelenting violence, all in the name of so-called national security.

Like most book projects, researching and writing Menace to Empire led me to archival sources and confounding questions that I could scarcely imagine at the outset. I originally conceived of the project at the beginning of my teaching career. As I prepared for a variety of courses in US history, I could not explain readily why US immigration laws fixated on Asians and radicals in the first three decades of the twentieth century. I sensed that there had to be a historical connection between those two targets.

That inkling of an idea drove me ultimately to explore how the colonizing and racializing discourse of national security marked Asians as seditious subjects in and against the US empire. In that light, the uncritical insistence on the “Americanness” of Asian Americans can never meaningfully address that deeper history of empire and white supremacy. Until we can make sense of that history, I believe, we will not be able to understand why anti-Asian racism remains such a violent force menacing the world we live in today. 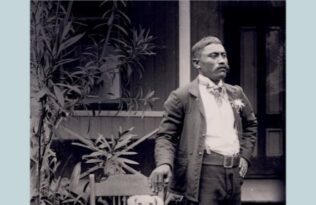 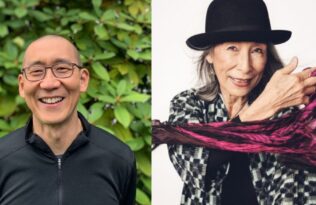