By Rashmi Sadana, author of The Moving City: Scenes from the Delhi Metro and the Social Life of Infrastructure

One of the first people I interviewed for my new book, The Moving City: Scenes from the Delhi Metro and the Social Life of Infrastructure, was a woman in her fifties who I call Vanita. She had started taking the Metro when her husband left her, and took their car with him. I was immediately struck by how she narrated her story of personal loss through the transport landscape. Her dependence on a private car and driver shifted to an embodied experience of navigating the ups and downs of Delhi Metro stations. At that time, when there were fewer Metro lines, her commute time was elongated and required taking an auto-rickshaw to the nearest station, which was a good twenty minutes away from her home. I was struck by this too, how the Metro became a destination for her, a new way of transport that was increasingly reflective of her new way of being, or perhaps who she wanted to be.

But that wasn’t all. Vanita also spoke of the trips she took to fight a case against her former husband. While riding an elevated section of one of the Metro lines, she would see the courthouse approaching. Soon I also couldn’t get this image out of my mind, how her trauma was inscribed on the urban landscape. But she also made a crucial point to me: seeing the courthouse from the Metro made her feel more empowered. The Metro was not only a conveyance but also a stage from which she watched her life unfold.

I came to see this double-ness in Vanita’s story as a relation of space-time that repeatedly unfolds. This unfolding, or social impact, is what The Moving City is about. It covers the multiple layers of personhood that are revealed in the motions and experiences of traversing, imagining, or even constructing urban space. It is also about the contradictions of a “freeing” form of transport, with its speed and shiny surfaces, the lightness of that, balanced by the heaviness of mega-infrastructure, a capital-intensive weight on the city that serves the growing middle classes by tying up resources and taking up space.

The Moving City as a book is an unfolding of the Metro system itself, how the system’s social impact on the city widened and deepened over its three main construction phases. As an ethnographer, my focus was on the everyday and the ordinary, and my aim was to relay the multiplicity of narratives – most often relating to class, gender, and urban development – that were emerging from and about the Metro.

This is also why I chose to write the book in a novel way. I forefront ethnographic vignettes or “scenes” in order to present the city as a tableau, and also to convey the rhythm of the moving trains that now cross and encircle Delhi’s vast urban landscape. How does transport affect our own attentiveness to the world around us – whether we are in a bus in loud, bumpy road traffic or in an enclosed, automated subway car? How do the sounds, stops and starts, and feel of transport affect our way of life and what we expect and hope from our urban existence?

Understanding these subjective experiences of public transport became central to my study as my research progressed over the years, whether I was crunched in a train or hanging out on a platform. Participant observation enabled me to witness and partake in the daily dramas of transport and understand especially how significant this Metro was for gendered experiences of the city and how female gazes matched male ones in a variety of places on and off the trains.

Delhi’s Metro is identical to the globalized high-tech systems you see in other cities, like Hong Kong, Singapore, and London, offering parallels for people around the world who read this book. And yet the Metro’s interface with Delhi is also unique and reflective of the challenges and possibilities of this particular Asian megacity. 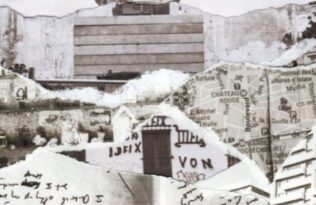