September 27th, 2021 marks the 200-year anniversary of the day Mexico achieved independence. In honor of the date, we reached out to Silvia Marina Arrom to discuss her new book, La Güera Rodríguez: The Life and Legends of a Mexican Independence Heroine.

Silvia Marina Arrom is the Jane’s Professor of Latin American Studies emerita at Brandeis University. She has published widely on Mexican social history, with books and articles focusing on women and gender, the family, social welfare, and the poor. Her books include the now classic The Women of Mexico City, 1790-1857, as well as Containing the Poor: The Mexico City Poor House, 1774-1871; Volunteering for a Cause: Gender, Faith, and Charity in Mexico from the Reform to the Revolution; and Riots in the Cities: Popular Politics and the Urban Poor in Latin America, 1765-1910.

What’s the story behind this book? What motivated you to write it?

María Ignacia Rodríguez has fascinated me since, as an undergraduate, I read the lively letters of Fanny Calderón de la Barca, published as Life in Mexico in 1843. During her two-years stay in Mexico City, Fanny became fast friends with “La Güera” (known by her nickname because she was very fair), whom she describes as vivacious, intelligent, and so attractive that Alexander von Humboldt pronounced her the most beautiful woman he had met in all his travels. But Mexican lore went far beyond that, presenting her as a promiscuous rebel who had affairs with a series of famous men and who played a central role in the Mexican independence movement.

I always wondered how much of this racy depiction was true and, after finding numerous documents during the many years I worked in Mexican archives, I realized that there was enough information to piece together her biography. As I delved into my research, I also realized that her afterlife in Mexican arts and letters was just as interesting because the stories that have been told about La Güera in the twentieth and twenty-first centuries took her far from the woman of flesh and blood who lived long ago.

La Güera Rodríguez is a legendary heroine in Mexican history, yet your book is the very first biography on her. Why is this?

We have very few biographies of any Mexican women, in part because the genre of biography was out of favor when women’s history emerged in the 1970s. I was myself part of a generation of social historians who preferred studying groups rather than individuals and who reacted against the study of elites to focus on the lower classes. Yet the resurgence of scholarly interest in biography has shown how much we can learn about the past by focusing on a single life, especially if that person was not one of the great men who dominated earlier tomes.

What do you hope readers take away from your book?

The two parts of the book have different take-aways. The first part about La Güera’s life provides a window to understanding women’s experiences in the early nineteenth century. Contradicting prevalent stereotypes, it shows that they had far more rights and opportunities than often posited. It also paints a much more complicated picture of how people navigated the crisis years of the independence wars than what is found in traditional triumphalist narratives.

The second part follows her subsequent journey from history to myth. Tracing how her figure has been distorted by falsehoods and apocryphal stories, it analyzes why various writers chose to present her in different ways. The book thus provides an important lesson about the need to distinguish historical memory from history. In our age of fake facts and amplifying social media, it is particularly relevant to emphasize the need for critical reading to avoid being seduced by attractive – but often inaccurate – narratives.

Technology and Global Change: A Q&A with Global Perspectives Section Editor Josephine Wolff
What Fragments Tell Us About Cities 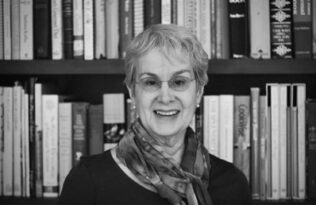 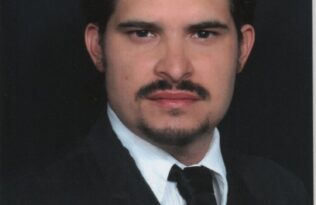 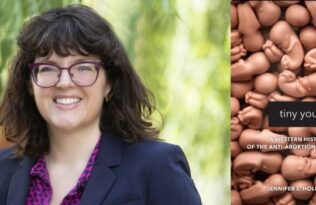