A 2020 L.A. Times Book Prize Finalist The United States of War: A Global History of America’s Endless Conflicts, from Columbus to the Islamic State by David Vine is a provocative examination of how the U.S. military has shaped our entire world, from today’s costly, endless wars to the prominence of violence in everyday American life.

Kathleen Belew and Ramon A. Gutierrez’s A Field Guide to White Supremacy gathers together a cohort of researchers and writers to provide much-needed connections between white supremacist and patriarchal violence in the United States past and present.

In Never-Ending War on Terror Alex Lubin connects America’s political economy and international relations to our contemporary culture at every turn.

In Homegrown Hate: Why White Nationalists and Militant Islamists Are Waging War against the United States Sara Kamali outlines the organizations and beliefs of domestic terrorists in the United States and how to counter their attacks on American democracy.

How White Men Won the Culture Wars: A History of Veteran America by Joseph Darda unveils how white men leveraged the Vietnam War to overthrow civil rights efforts and stake their claim on America.

The Intimate Lives of 17th-Century Women, Seen through the Eyes of a Muslim Slave
Communist & Post Communist Asia: A Q&A with CPCS Associate Editor Lawrence Markowitz 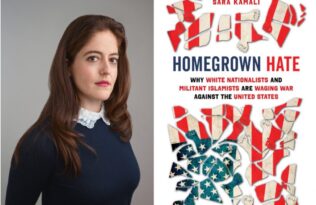