By Alyssa Goldstein Sepinwall, author of The Abbe Gregoire and the French Revolution

This post is an adapted excerpt from The Abbe Gregoire and the French Revolution, and was originally posted on The Age of Revolutions.

The history of the world is but the biography of great men.
–Thomas Carlyle (1841)

The biographies of the great men of the past… are generally useless. They are idle and incredible panegyrics, with the features drawn without shadows, false, conventional and worthless.
–James Anthony Froude (1882)[1]

I never planned to become a biographer, particularly of the abbé Henri Grégoire. Although biography has long been popular among general readers, the genre had fallen under suspicion in academic history by the time I entered graduate school in the early 1990s. Where nineteenth-century writers like Froude had occasionally challenged how biographies were written, the genre suffered a more profound attack in the early twentieth century when scholars of the Annales school argued that historical change occurred because of structural forces, not individuals’ actions. Biography was further hampered by the rise of “history from below,” which regarded studies of political leaders as elitist and old-fashioned, and by poststructuralists, who were skeptical about the idea of a coherent self and about whether individuals could transcend the dominant thinking of their eras.

A second factor made it unlikely that I would look to spend years studying a particular elite male. As an undergraduate, I had been interested in traditional intellectual history and wrote my senior thesis about the eighteenth-century English scientist and radical Joseph Priestley. However, as I began to read new kinds of historical work in graduate school, my ideas about “important” historical questions broadened. I was drawn to analyses of gender and race and of the tensions between universalism and particularism in various world contexts, from the Jewish diaspora to postcolonial South Asia and the Caribbean.

Though I had not thought about it previously in academic terms, this issue of universalism and particularism—of negotiations between one’s inherited cultural traditions and those of a larger society—had been one of the guiding themes of my life and that of many of my friends. Growing up in multiethnic New Jersey, most people I knew were hyphenated Americans; we sometimes struggled to find the right balance between our own cultural heritages and our desire to fit into “American” society. In graduate school, I discovered scholarly debates about universalism as a political ideology, and about whether it was flexible enough to include all or was defined in a way that inherently excluded some.[2] I also became exposed to the range of responses groups had devised to deal with such challenges, from nationalism to assimilation to “hybridity.”

Fascinated by this new scholarship, I read more about gender, Jewish history, colonialism, and postcolonialism. Still, these new interests competed with the questions that had ignited my interest in history in the first place. These included issues such as why revolutions erupt, what role religious truth claims play in political life, and how ideas transform as they are diffused throughout society. My studies with Keith Michael Baker, a leading scholar of eighteenth-century France, reaffirmed my desire to specialize in that area. I was pulled in other directions, however, by my new interests. As I considered possible dissertation topics, one idea came from Aron Rodrigue, a specialist at Stanford in Ottoman and French Jewry; he suggested that the abbé Henri Grégoire was a perfect fit for my interests. I knew that biography seemed passé to many scholars, however, and I wasn’t sure how a study of Grégoire, a famous white French priest, would offer new insight into the questions I wished to study.

What did I know of Grégoire at the time? For anyone studying the French Revolution, the abbé was inescapable. A priest from Lorraine, he had written a famous essay on Jews in 1788, urging that they be “regenerated” physically, morally, and politically. The next year, he had gone to Paris for the Estates-General and become involved in the Revolution, where he was the figure credited with effecting “Jewish emancipation.” I also knew that Grégoire had unsuccessfully insisted that the Revolution’s Declaration of the Rights of Man and Citizen proclaim man’s “duties towards God” along with his rights in society. It is possible that I also knew of his opposition to slavery. While I did not dispute that his activities had been important, I knew they were hardly obscure; a quick glance at the library catalog showed a number of studies about him. What more, I wondered, could be said?

In search of a more appealing topic, I tried out several alternatives, ranging from the Sephardic Jews of eighteenth-century Bordeaux to intellectuals de couleur in colonial Haiti to particular debates in the French Revolution. As I approached my final decision, I realized that I could not study everything—yet I felt that many of my concerns were interconnected. One week, I decided I would give Grégoire a try, doing nothing other than reading about him. I expected that I would quickly tire of him, and the idea could be put to rest.

Once I began to trace the abbé’s journeys across the eighteenth and into the nineteenth century, however, I found myself unwilling to stop. His life spanned a far longer period than I— or my mentors—had realized (from 1750 to 1831); beyond the activities I already knew about were many other intriguing aspects of his life. Unlike most Old Regime clerics, he had not come from a background of privilege, but had studied with the help of scholarships. Once he ascended to the position of parish priest, he did not seal himself within the clergy, but also tried to launch a career in the world of the provincial Enlightenment. After being elected to the Estates-General, he helped unify the three Estates into a single National Assembly, thus launching the Revolution. He also appeared as a central figure in a host of other issues, including, but hardly limited to: Christianizing the Revolution; eradicating the dialects spoken around France and requiring standard French instead; extending full citizenship to all men regardless of wealth; smashing forces of “counter-Revolution”; abolishing slavery; maintaining government support for research; and supporting the new leaders of independent Haiti.

Except for his own ambition, Grégoire began to strike me as a real-life Forrest Gump, if a more intellectual and ambitious version; like the title character in that 1994 film, the abbé was never far from the center of important political events. Depicted at the forefront of Jacques-Louis David’s painting The Tennis Court Oath, Grégoire also presided over the Assembly during the storming of the Bastille, led efforts to justify the Revolution’s nationalizing the Catholic Church, and authored many of the Revolution’s most famous reports on cultural policy. One of the National Convention’s most radical members, it was he who introduced the resolution abolishing the monarchy. And yet, there he was again after the fall of Robespierre, as one of the newly minted “moderates” who would lead the Republic to stability. In the Napoleonic Senate, he led the opposition; in 1814, with the return of the Bourbons, he became a living symbol of the lost Revolution. Even when he died in 1831, during the first year of the July monarchy, his corpse remained a symbol, as conservative clerics and republicans fought over its disposition. Meanwhile, his international interests—from the Caribbean to India—were even more remarkable. I was also intrigued to discover that he had been seen as an inspiration by peoples around the world after his death (from American abolitionists to Ho Chi Minh), even as he also found bitter detractors.

As I learned more about Grégoire, I saw that he was an ideal choice for exploring my multiple interests. I remained uncomfortable with the idea of writing a “traditional biography” (described by one critic as “stories about the lives of prominent male subjects, . . . praising the subjects rather than questioning their characters”).[3] I particularly wanted to avoid giving false coherence to Grégoire’s life and falling prey to “hero-worship.” I had begun to realize, however, that there were other possibilities for the genre. Looking at historical developments through the prism of Grégoire’s life, I had started to view France in new ways, and to sense that certain conventional wisdom needed adjustment. Using a new prototype of biography that combined elements of postmodernism, postcolonial theory, and history from below, I sought to shed new light on the French Revolution and its contradictory global legacy. I found that, contrary to depictions of French revolutionary ideals as having liberated peoples worldwide (with France spreading the idea of les droits de l’homme to backwards nations), revolutionary ideals had also helped justify conquest and colonial expansion. I also identified contradictions in revolutionary universalism. The famous idea that “all men are equal” and deserving of citizenship had in fact depended on a mechanism of “regeneration” or cultural homogenization; diversity appeared not as a positive for the Revolution, but a problem which needed solving—an outlook that has unfortunately endured in French republican thinking. I was gratified by the reception the book received when it first appeared, and by the fact that some of my arguments were so well accepted that they no longer seem surprising. Now, I am grateful that it is newly accessible to readers in paperback form! 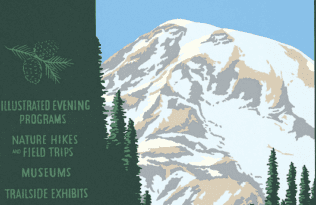 White People Like Hiking? Some Implications of NPS Narratives of Relevance and Diversity