This interview was originally published on the UCI School of Social Sciences site by Heather Ashbach, and is reposted here with permission.

Immigration policy is fundamentally reshaping Latino families and perpetuating inequality, says UCI Chicano/Latino studies and sociology assistant professor Laura Enriquez. In her new book, Of Love and Papers: How Immigration Policy Affects Romance and Family, she draws on more than 150 interviews with Southern California undocumented Latina/o young adults and their romantic partners to determine the extent to which citizenship status impacts love and family. Here, she explains how the far-reaching issues of financial insecurity, deportation threats, inability to access state-issued identification and limited pathways to legalization constrain relationships of undocumented immigrants and U.S. citizen partners alike, with enduring effects over time and into the next generation.

Undocumented immigration status has a lot of serious negative consequences for immigrants’ everyday lives and chances for upward mobility. Why do you focus on love, romance, and family?

Love, romance, and family are very important aspects of our lives, especially during young adulthood when folks are making decisions about dating, marriage, and parenting. The book traces how undocumented status constrains these experiences for undocumented young adults who came to the U.S. as children. It shows how immigration-related barriers interfere with who they date, if and how they advance relationships, and how they perform their roles as partners and parents.

Few have studied these intimate aspects of everyday life but they are very important because families provide critical social, emotional, and economic support, which can transmit inequality from one generation to the next.  In fact, I find that citizenship does not protect family members from the legal violence perpetrated by immigration policies. Instead, individual consequences transform into lasting inequalities as citizen romantic partners and children experience multigenerational punishment; this is when legal barriers spill over to harm U.S. citizen family members. They adopt a de facto undocumented status, sharing in the limitations raised by their undocumented partner or parent’s status and adopting strategies to help navigate immigration-related barriers.

How has documentation status impacted dating and marital decisions among the participants you interviewed? Is the weight felt differently by men vs women?

From the beginning, relationships are running up against assumptions that they are a strategic means to an end. There are a lot of media and family messages that encourage undocumented immigrants to marry a U.S. citizen to legalize their status. It is seen as quick and easy, but it is actually a very complicated and restricted pathway. Still these narratives shaped whom they were told to date (or not date), whom they allowed themselves to love, and when they chose to marry. If they were lucky enough to pursue legalization through marriage, laws shaped the very foundation of their life together as they structured their relationship to support their petition.

Undocumented status also limits the material resources available to build and sustain families. Undocumented young adults could not always afford to go out on dates, and they hesitated to risk driving without a license. They were denied access to age-restricted spaces and were infantilized as they tried to keep up with their citizen peers and partners. They struggled to deepen relationships because their intimate moments were rushed (and rare). These same barriers remained as they built families—permanently partnering, cohabitating, marrying, and having children. They worried about their capacity to support a growing family and doubted their ability to be the partner and parent that they wanted to be.

Gender complicates this because U.S. society still tells us that men should be providers and protectors and women should be dependent caregivers. In particular, men struggled with their own and their partner’s expectations that they drive and pay for their dates. They dreamed of financial stability before transitioning to marriage and parenthood. This persistent desire to provide conflicted with their limited financial resources, making them feel undesirable and forcing them to alter their dating activities and relationship decisions. Women had fewer lasting consequences because their dependent gender expectations insulated them from severe consequence.

How did the Deferred Action for Childhood Arrivals (DACA) program affect these young adults and their families?

DACA provided protection from deportation and employment authorization to select undocumented young adults. I interviewed participants in 2011-2012 – before DACA began – and then again in 2015 when about two-thirds of the sample were DACA beneficiaries. Many of the DACA recipients I interviewed reported better jobs and higher incomes, and generally felt more stable and secure. Everyone did not, however, benefit equally as participants with less education and weaker social networks were less likely to experience substantial mobility. Those who had already formed families found it particularly difficult because they could not risk losing income and often lacked the time and resources to pursue new training or return for educational degrees.

Differential benefits aside, receiving DACA made dating, marriage, and parenting easier. They could afford more things, drive, worry less. This impact was most positive when protections were acquired in time for key relationship transitions, such as when DACA’s security aligned with the natural arising of conversations about marriage within a relationship. Also when children were younger and had yet to awake to the explicit constraints of their parents’ status.

In most cases though, the imprint of undocumented status remained. They could not simply press pause as they waited for legal changes, like DACA. Instead, they chose partners and made seemingly innocuous, but still significant, decisions about where to go on dates, if they should drive, or if they could enroll their children in an after-school activity. They made, or avoided making, life-altering commitments to partner, marry, or have children. For many parents, legal changes came too late; they had missed their chance to provide their children with opportunities when they were needed or desired. All these choices caused lasting damage in the form of emotional scars and internalized feelings of undesirability.

Based on your research expertise, what policy solutions could alleviate these stresses?

Ultimately, legalization is the key to ensuring that immigrant families and communities can thrive and strengthen U.S. society. It is critical that any future policies do not foster a sense of uncertainty. DACA was always conditional—its protections had to be renewed every two years, and there was always the possibility that a future presidential administration would dismantle the program (as we are witnessing now). This reality led some recipients to avoid planning or preparing for the long term. Notably, recent plans outlining pathways to citizen- ship propose temporary or conditional statuses and long wait times for citizenship eligibility. While these policies may put people on the path to legal incorporation, shorter and clearer pathways are critical to limiting exclusionary consequences. Conditionality will keep applicants in limbo because they are unable to envision a certain future. This will likely curtail short- and long-term incorporation.

In the meantime, opportunities for integration exist in integrative state, local, and institutional policies. In California, state laws have made undocumented immigrants eligible to obtain a driver’s license and minimized collaborations with immigration enforcement officials. States and local governments should continue to advance such inclusive policies.

What are the complications documentation status can bring to a relationship and in what ways are these relationships enduring? Any advice for mixed-status couples?

Mixed-status relationships between an undocumented young adult and a U.S. citizen are complicated. Surrounded by marriage myths and rhetoric that marked undocumented immigrants as undesirable partners, they were invested in denying that immigration status played any role their relationship. Both undocumented and citizen partners experienced illegality as a shared burden that determined their individual and collective futures. Still, they worked together to negotiate immigration-related barriers. Citizen partners drove, sometimes made higher financial contributions to the family, and provided emotional support. These actions decreased routine risks and fears in everyday life, but also ensured that both partners experienced feelings of dependence, responsibility, and guilt.

When couples discussed these issues, they often followed with affirmations that status did not matter and they would overcome these challenges together. Those who actively talked through their mutual guilt and stress were best able to problem solve and build stronger relationships. They grew closer together because they felt supported, seen, and understood.

Now, this requires a deep investment of energy, one that citizen couples don’t have to make. But such conversations were key to healthy relationships. So my advice is simply to talk about it. Too often couples skirted around these conversations. For several, their interviews was the first time that they had talked about their stressors and fears in depth.

We need to bring these intimate effects of immigration status out into the light so that we can minimize the social and emotional effects of anti-immigrant policy on families, and also inspire changes to such laws. My hope is that the book sparks these conversations. This is why I worked with UC Press to make the book available as a free e-book through their Luminos Open Access platform. I wanted people who were undocumented or in mixed-status families or relationships to be able to see themselves on the page, begin healing, and open up conversations with their partners, friends, and family members.

Author Spotlight: Adina Merenlender on Climate Stewardship as a Joyful Movement
Editor Spotlight: Inside the Handbook of Citizen Science in Ecology and Conservation 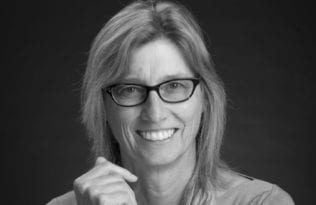