This year’s American Sociological Association conference is virtual again, and we’re missing the chance to see all of our authors in-person. We have much to celebrate this year, with an exciting list of new Sociology books, many award-winning authors, and Aldon Morris as the current ASA president.

Since we can’t be in-person, we put together this video series from our authors, where they offer a quick sneak peek inside their books. Plus, Aldon Morris explains the story behind his theme for this year’s conference, Emancipatory Sociology: Rising to the Du Boisian Challenge.

Aldon Morris, ASA President and author of The Scholar Denied

As the current ASA President, Aldon Morris explains why he choose the conference theme, Emancipatory Sociology: Rising to the Du Boisian Challenge.

In the award-winning The Scholar Denied, Aldon D. Morris’s ambition is truly monumental: to help rewrite the history of sociology and to acknowledge the primacy of W. E. B. Du Bois’s work in the founding of the discipline. Calling into question the prevailing narrative of how sociology developed, Morris, a major scholar of social movements, probes the way in which the history of the discipline has traditionally given crdit to Robert E. Park at the University of Chicago, who worked with the conservative black leader Booker T. Washington to render Du Bois invisible. Morris uncovers the seminal theoretical work of Du Bois in developing a “scientific” sociology through a variety of methodologies and examines how the leading scholars of the day disparaged and ignored Du Bois’s work. The Scholar Denied is based on extensive, rigorous primary source research; the book is the result of a decade of research, writing, and revision. In exposing the economic and political factors that marginalized the contributions of Du Bois and enabled Park and his colleagues to be recognized as the “fathers” of the discipline, Morris delivers a wholly new narrative of American intellectual and social history that places one of America’s key intellectuals, W. E. B. Du Bois, at its center.

Krystale Littlejohn, author of Just Get on the Pill: The Uneven Burden of Reproductive Politics

In Just Get On the Pill, a keenly researched and incisive examination, Krystale Littlejohn investigates how birth control becomes a fundamentally unbalanced and gendered responsibility. She uncovers how parents, peers, partners, and providers draw on narratives of male and female birth control methods to socialize cisgender women into sex and ultimately into shouldering the burden for preventing pregnancy. Littlejohn draws on extensive interviews to document this gendered compulsory birth control—a phenomenon in which people who give birth are held accountable for preventing and resolving pregnancies in gender-constrained ways. She shows how this gendered approach encroaches on reproductive autonomy and poses obstacles for preventing disease. While diverse cisgender women are the focus, Littlejohn shows that they are not the only ones harmed by this dynamic. Indeed, gendered approaches to birth control also negatively impact trans, intersex, and gender nonconforming people in overlooked ways. In tracing the divisive politics of pregnancy prevention, Littlejohn demonstrates that the gendered division of labor in birth control is not natural. It is unjust.

An ASA 2021 award-winning book, Fruteros examines the social worlds of young Latino street vendors as they navigate the complexities of local and federal laws prohibiting both their presence and their work on street corners. Known as fruteros, they sell fruit salads out of pushcarts throughout Los Angeles and are part of the urban landscape.

Drawing on six years of fieldwork, Rocío Rosales offers a compelling portrait of their day-to-day struggles. In the process, she examines how their paisano (hometown compatriot) social networks both help and exploit them. Much of the work on newly arrived Latino immigrants focuses on the ways in which their social networks allow them to survive. Rosales argues that this understanding of ethnic community simplifies the complicated ways in which social networks and social capital work. Fruteros sheds light on those complexities and offers the concept of the “ethnic cage” to explain both the promise and pain of community.

Jennifer Randles, author of Essential Dads: The Inequalities and Politics of Fathering

In the 2021 ASA award-winning book Essential Dads, sociologist Jennifer Randles shares the stories of more than 60 marginalized men as they sought to become more engaged parents through a government-supported “responsible” fatherhood program. Dads’ experiences serve as a unique window into long-standing controversies about the importance of fathering, its connection to inequality, and the state’s role in shaping men’s parenting. With a compassionate and hopeful voice, Randles proposes a more equitable political agenda for fatherhood, one that carefully considers the social and economic factors shaping men’s abilities to be involved in their children’s lives and the ideologies that rationalize the necessity of that involvement.

ASA 2021 award-winning book Legal Passing offers a nuanced look at how the lives of undocumented Mexicans in the US are constantly shaped by federal, state, and local immigration laws. Angela S. García compares restrictive and accommodating immigration measures in various cities and states to show that place-based inclusion and exclusion unfold in seemingly contradictory ways. Instead of fleeing restrictive localities, undocumented Mexicans react by presenting themselves as “legal,” masking the stigma of illegality to avoid local police and federal immigration enforcement. Restrictive laws coerce assimilation, because as legal passing becomes habitual and embodied, immigrants distance themselves from their ethnic and cultural identities. In accommodating destinations, undocumented Mexicans experience a localized sense of stability and membership that is simultaneously undercut by the threat of federal immigration enforcement and complex street-level tensions with local police. Combining social theory on immigration and race as well as place and law, Legal Passing uncovers the everyday failures and long-term human consequences of contemporary immigration laws in the US.

Erin Cech, author of The Passion Principle: How Searching for Fulfillment at Work Fosters Inequality

“Follow your passion” is a popular mantra for career decision-making in the United States. Passion-seeking seems like a promising path for avoiding the potential drudgery of a life of paid work, but this “passion principle”—seductive as it is—does not universally translate. The Trouble with Passion reveals the significant downside of the passion principle: the concept helps culturally legitimize and reproduce an exploited, overworked white-collar labor force and broadly serves to reinforce class, race, and gender segregation and inequality. Grounding her investigation in the paradoxical tensions between capitalism’s demand for ideal workers and our cultural expectations for self-expression, sociologist Erin A. Cech draws on interviews that follow students from college into the workforce, surveys of US workers, and experimental data to explain why the passion principle is such an attractive, if deceptive, career decision-making mantra, particularly for the college educated. Passion-seeking presumes middle-class safety nets and springboards and penalizes first-generation and working-class young adults who seek passion without them. The ripple effects of this mantra undermine the promise of college as a tool for social and economic mobility. The passion principle also feeds into a culture of overwork, encouraging white-collar workers to tolerate precarious employment and gladly sacrifice time, money, and leisure for work they are passionate about. And potential employers covet, but won’t compensate, passion among job applicants. This book asks, What does it take to center passion in career decisions? Who gets ahead and who gets left behind by passion-seeking? The Trouble with Passion calls for citizens, educators, college administrators, and industry leaders to reconsider how we think about good jobs and, by extension, good lives. 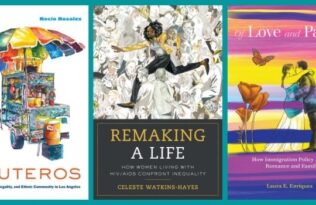 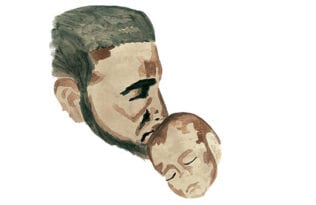 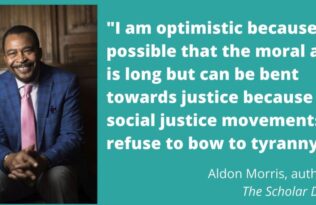