By William J. Bauer, Jr., author of “Reclaiming Alcatraz: The Legacies and Continuities of the American Indian Occupation of Alcatraz Island, 1971–2021” published in the current issue of California History and coauthor, with Damon Akins, of We Are the Land: A History of Native California.

This past summer marked the fiftieth anniversary of the end of American Indian occupation of Alcatraz Island. Alcatraz has come to stand for many things. This month’s essay in California History highlights the broad Indigenous support for the occupation of Alcatraz as well as how it called for the return of land to Indigenous People and the relationship between Indigenous People and the carceral state. Further, the article highlights a longer history of Indigenous activism that continues to the present day. My recent book, co-authored by Damon Akins, We Are the Land: A History of Native California dives into the occupation as well, pointing out how it influenced other take overs (such as Pit River People on PG&E land) and cultural self-determination. Yet, Akins and I also discuss how some Native People in California objected to Alcatraz. Thus, the meaning of Alcatraz was, and remains, complicated. I would like to turn to another important aspect of Alcatraz—the way in which the Alcatraz occupation revealed an ongoing struggle for environmental justice in California.

In the 1950s and ‘60s, American Indians moved to the Bay Area, looking for new jobs and homes. In the process, they transformed the San Francisco Bay Area into an “Indian City.” After the San Francisco Urban Center (an important hub for American Indians) burned down on October 10, 1969, activists looked to Alcatraz to make a stand against failed federal policies. On November 20, 1969, ninety men and women, calling themselves the Indians of All Tribes, issued the “Proclamation of the Indians of All Tribes,” which pledged to transform the former federal prison into an American Indian cultural center, spiritual center, and museum, and then took over the island. For nineteen months, the protestors operated a school, day care, and health center. The number of occupiers eventually peaked at 400. Yet, problems plagued the protest. On January 5, 1970, Yvonne Oakes, occupation leader Richard Oakes’s daughter, died in a fall. The federal government periodically shut off the island’s electricity. Occupiers could not always find fresh water. Leadership fractured. By the summer of 1971, the federal government tired of the occupation. On June 11, 1971, United States marshals came ashore and evicted the remaining fifteen men and women.

We have seen, though, that even after fifty years, these environmental conditions persist. Last year, the Navajo Nation, located primarily in Arizona and New Mexico, had the highest rates of COVID-19 infection in the United States. Observers expressed concerns about stemming the tide of COVID-19 on the Navajo Nation because of environmental factors. Doctors and public health officials urged people to consistently wash their hands to prevent the spread of COVID. Navajo Nation officials countered this would be difficult on much of the Nation because of the lack of running water in many parts of the Nation.

In addition to COVID-19, last year’s spate of wildfires in California spoke to environmental issues in Indian Country. For instance, in August 2020, the August Complex fire burned more than one million acres of Yuki, Wailacki and Nomlacki lands in northern California. Scientists have noted that climate change and drought conditions are responsible for the scourge of destructive wild fires in recent years. At the same time, changing fire management practices in California have contributed to increasing wildfires. Before the arrival of Europeans in California, Indigenous People used fire to manage the landscape. Annual burns controlled pests that could blight an acorn crop and made the land that would become California more productive and easier on which to travel. Beginning with California statehood, state and federal officials limited the ability of California Indians to burn the land. The Act for the Government and Protection of the Indians in 1851 criminalized Indigenous People who “set the prairie on fire, or refuse to use proper exertions to extinguish the fire when the prairies are burning.” In the twentieth century, the United States Forest Service assumed responsibility for managing forests on public lands, lands taken from Indigenous People in California. The Forest Service also prevented annual burns to conserve timber for future sale. Finally, since the Ronald Reagan administration, the federal government has slashed funding for the Forest Service. In addition to leading to the build up of brush for fires, fire suppression strategies made the land more unproductive for Indigenous People. Plants and animals that Indigenous People relied on for food and medicine were pushed off the land.

As we contemplate the fiftieth anniversary of the American Indian occupation of Alcatraz Island, then, we best recognize how it both identified a history of environmental racism in California as well as the difficult and ongoing work of environmental justice. If, as the Indians of All Tribes noted, American Indian reservations harbored environmental injustice, in the form of a lack of infrastructure and food deserts, then, the last year, demonstrated that those issues persist. The COVID-19 pandemic, nationally, and the spread of wildfires, state-wide, throws light on just how extensive those issues are today. 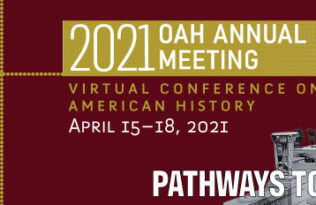 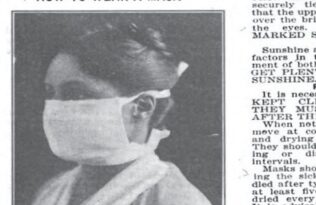