By Stephen Pyne, author of The Pyrocene: How We Created an Age of Fire, and What Happens Next

This article was originally published in The Arizona Republic, and is reposted here with permission.

One outbreak is an anecdote, two a coincidence, but three looks like a trend.

A similar pattern is unfolding throughout the West, and for that matter, the world. Places that historically had fire are having more and nastier outbreaks. Places without routine fire are experiencing it. An equal reality is that we need more landscape fire to dampen fuels and enhance ecological integrity. All in all, too much bad fire, too little good. But if it seems more fire is in our future, that is also because fire is making that future. There is way too much combustion overall.

I learned about fire during 15 seasons with a fire crew at Grand Canyon’s North Rim. Since then I’ve studied it, a scholar on fire. As a reaction, fire synthesizes its surroundings. That makes fire not only an object for inquiry but a means of organization.

Its history involves three realms of burning. The first is nature’s fire, over-whelmingly kindled by lightning. It has existed as long as terrestrial life and is why fire is not going away. It is as fundamental a feature of the living landscape as rain, wind, deer and sunflowers.

Now we have become a geologic force because we’ve begun to cook the Earth. We have taken fire everywhere, even to Antarctica and Mars. With it we have reshaped everything.

The third kind of fire put this process on afterburners. A couple of centuries ago we began shifting from burning living landscapes to burning lithic ones – once living, now fossilized biomass in the form of coal, gas and petroleum. Previous fires always existed within ecological boundaries set by seasons, the rhythms of growing and a source of ignition.

Burning fossil fuels has no such limits. We can burn day and night, winter and summer, through rain or sun. Its sources are practically unbounded. The problem is its effluent, which has no adequate sink and is unhinging air, water and life on a planetary scale.

Many observers have concluded that the future is so dire and strange that we have no narrative by which to connect it to the past and no analogue by which to frame an understanding.

In fact, we have a great narrative. It’s the unbroken story of a uniquely fire creature on a uniquely fire planet. And we have an apt analogy. The sum of Earth’s three fires is creating the fire-informed equivalent of an ice age.

All the features are there. Regional shifts in biogeography. An upheaval in climate. Changes in sea level. Mass extinctions. Instead of ice amassing more ice, fire is generating more fire. It is a world increasingly made by and for fire. Call it the Pyrocene.

Shortly after I joined the North Rim Longshots, policy switched from extinguishing every fire to replacing wild fire with tamed through prescribed burning. We didn’t get far, but the concept was sound. The first and second types of fire compete for the same fuel. What one burns the other can’t at any given place and time.

The third fire changed the calculus. At first it competed with the others. It either replaced them with technological surrogates or it suppressed them outright. Fossil fuel combustion even provided the means.

Take away air tankers and helicopters, bulldozers and engines, chain saws and pumps and we could not pretend to remove fire from landscapes. Only in a few places, where the conditions for natural fire are absent, can fire exclusion succeed.

The process can work in modern cities where everything exists because of human choices. It fails in the countryside and wildlands because the fundamentals are outside human control and fire is often needed. In a city every fire put out is a problem solved. In wildlands most fires put out are problems put off. Over time, the world created by third fire acts on first and second fires. Fires reflect all their surroundings, and in the developed world those are increasingly shaped by industrial combustion. The three fires move from competing to colluding.

Fire is not just a tool or a source of raw power to be bent to our will. It’s a relationship, our first domestication, our ancient companion, even perhaps our alter ego.

Climate is one medium, but land use is another. How we get energy; parcel landscapes into farms, forests and parks; build and place towns; shuttle goods and people – all reflect a third-fire civilization. The number of megafires sparked by power lines shows what can happen when the two realms of combustion cross.

It isn’t all climate change. It is mostly fossil fuels.

This summer, like so many before, I watch air tankers fly over our urban farm from Phoenix-Mesa Gateway Airport. But more helos, engines and hotshots can’t contain the growing menace from bad burns. We have to rethink our relationship to fire.

There is little doubt that we need to shut down third fire as fully and quickly as possible. But that alone won’t resolve our fire imbalances. As we ratchet down the burning of lithic landscapes, we’ll have to ratchet up our burning of living ones.

We have a good fire deficit. Our landscape fires are not so much wild as feral– once tamed, now unleashed. It’s not a problem solved with a once-and-done project. We will be burning in perpetuity.

Arizona has long prided itself on a mostly bipartisan commitment to water management. It needs a program of similar scope for fire, not least because the more savage burns threaten watersheds and reservoirs.

Fortunately, fire’s shape-shifting character means there are many possible entry points for intervention. The best solutions will involve cocktails of treatments, each adjusted to the particulars of place.

This is something we’ve done all our existence as a species, and then forgot or dismissed over the past century, as though landscape fire could be replaced like candles by light bulbs or vaccinated away like smallpox. It’s more like the flu, always tweaking its appearance, constantly needing boosters, never to be expunged.

Fire is not just a tool or a source of raw power to be bent to our will. It’s a relationship, our first domestication, our ancient companion, even perhaps our alter ego. It can be our best friend or worst enemy. Right now, it’s both. 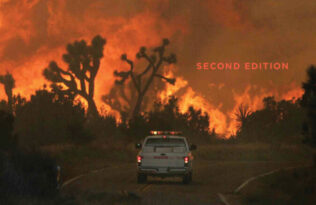 How We Become Fire-Adapted Humans 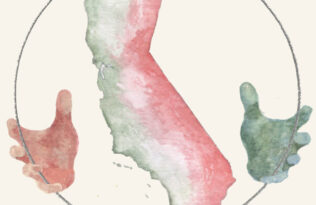 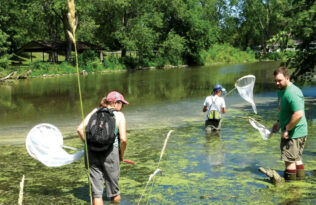 Editor Spotlight: Inside the Handbook of Citizen Science in Ecology and Conservation