Aisha Durham is a cultural critic and Associate Professor in the Department of Communication at the University of South Florida. She uses autoethnography, performance writing, and intersectional approaches refined in Black feminist thought to analyze media representations of racialized gender. She recently acted as Guest Editor with Wesley Johnson and Sasha Sanders for a special issue of UC Press’s Departures in Critical Qualitative Research focusing on cultural studies of Florida.

UC Press: Congratulations, and thank you for your work in Departures in Critical Qualitative Research!

AD: We appreciate the opportunity to showcase Florida culture. We hope that we have curated an issue that highlights the regional diversity and dynamic approaches that are indicative of Departures. We see this issue as a template for critical qualitative researchers to consider a “state of culture” that can be experiential, experimental, and embodied.

UC Press: In addition to “figur[ing] prominently in the US American imaginary,” Florida seems to have also become a global hub for qualitative communications research. Why is that?

AD: I cannot speak about a global hub of qualitative communication research. That said, I can emphasize that Florida is always already a global site of creative-intellectual production because of the dynamic people who make and remake themselves in a cultural mélange of cosmopolitan, coastal, country sensibility. This understanding informs the special issue. The pop and political winds have shifted south. Most important, a new global movement for Black life has emerged after the extrajudicial killing of Trayvon Martin. Wesley Johnson reflects upon his life in a law enforcement family in the face of Martin’s death as Sasha Sanders and Anjuliet Woodruffe recall the resourcefulness and resilience of a fictional Black boy who imagines a new world where he thrives in Florida. Both write within the context of a Black Lives Matter moment that Jillian Hernandez makes plain when she describes freedom dreams as the liberation legacy of Black Florida. In the special issue, the media and communication scholars could have analyzed popular films, songs, and television shows as texts only. Each author makes a departure. They perform what Editor Devika Chawla calls bodying culture. We showcase a “freedom” in both form and approach for authors in the issue.

UC Press: What is the “circuit of culture” and how does it inform your special issue?

AD: The circuit of culture is a five-part analytic model that recognizes production, consumption, identity, regulation, and representation as interdependent processes (or key moments) to examine cultural phenomena. In teaching, I tend to use it as a guide to encourage students to consider the constitutive nature of products, performances, and processes. The circuit anchors the special issue whose idea emerged from a previous cultural studies class when graduate students examined Florida-centered media texts. Authors in the issue privilege at least two key moments. The model is useful to craft a layered interpretive reading and to develop critical media literacy.

UC Press: Can you tell us about some of the articles in your special issue?

AD: In the Introduction, we note that the authors re-member and re-script transformative events when Florida garners national spotlight. Mass shootings at Pulse nightclub and Marjory Stoneman Douglas High School are striking examples. Rachel E. Silverman recalls the competing city and community-produced #OrlandoStrong Pulse memorial projects while Jacob Abraham recounts triggers and collective trauma as a teacher from the Valentine’s Day massacre at Marjory five years ago. Their remembering is unsettling. Yet, their vulnerability brings big news headlines back to the body. They offer an intimate form of storytelling that other authors echo. For example, Brooks Oglesby tackles new coronavirus precautions and performativity as a wrestler-in-training, LD Mattson weathers Florida hurricanes to theorize queer temporality, Cassidy D. Ellis and Lacey Corey Brown matches MTV “Floribama” escapism with classed coming-of-age panhandle tales, Alicia Menzies rediscovers her Black “City Boy” by  perfecting a local dance, and Diana Leon-Boys maps the outsider-within position of a Disney princess as endemic of the Latinx body in the US American imaginary.

UC Press: Thanks so much to you and your team of authors for bringing us this special issue, and for (metaphorically) sitting down with us today to talk about it!

AD: Thank you! We weathered the coronavirus quarantine during the production of this special issue. Socially distant, we were brought together with fleshy Florida stories. The authors brought us together—brought us into their world—in word. We hope you’ll be drawn to them too.

Departures in Critical Qualitative Research publishes innovative, experimental, aesthetic, and provocative works on the theories, practices, and possibilities of critical qualitative research. Departures is a forum for scholars in diverse disciplines to converse on, contest, and creatively reimagine the form, purpose, and mission of their work. The journal seeks works charting scholarly and theoretical developments in critical qualitative research, exemplars of methodological innovation, and inventive demonstrations of research as an aesthetic intervention and mode of critique.
online.ucpress.edu/dcqr

Sounding the Edges of History
How We Become Fire-Adapted Humans 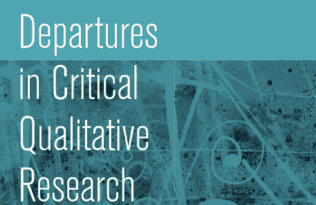 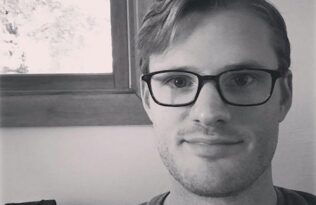 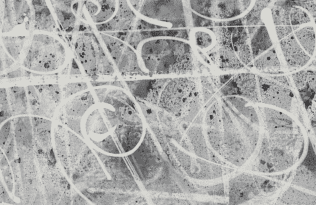 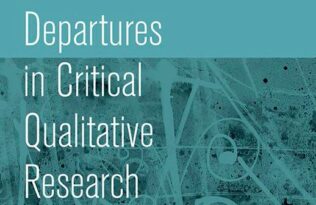