By Martha Feldman and Nicholas Mathew, editors of Representations’s special issue, “Music and Sound at the Edges of History”

Most people use music and sound to understand their worlds without needing professional scholars to help them do it. Music, after all, is bound up with memory and cuts constant paths through our life histories, just as it does through cultural histories.

Why, then, did it happen that when our colleague James Chandler (a contributor to this special issue) was invited in 2013–14 to participate in a series of events on music in nineteenth-century London,* he was a bit taken aback? Though a scholar of Romantic literature, he encountered musical and sonic histories unknown to him. More than this, he encountered new ways of construing history and memory that only music and sound seemed to enable. He was struck by the visual and verbal bias of the cultural histories he knew—their disproportionate emphasis on paintings, buildings, and books. What, he began to wonder, would a cultural history that began with music, even centered it, look like? How could our intensely personal musical investments provide new models of cultural history, or model different kinds of histories altogether? With these questions in mind, Chandler co-created the Musical Pasts Consortium (MPC), a collaborative Mellon-funded research project shared between Yale, Berkeley, the University of Chicago, and King’s College London from 2016 to 2021 from which the present special issue has emerged.

Of course, the music folk who participated in the MPC imagined that they had already been addressing Chandler’s questions for some time. Especially with the explosion of music-focused cultural studies, ethnomusicological research, and popular music studies in the late eighties and nineties, scholars had routinely asserted music’s special status as a historical agent. For that generation, to historicize music was even mildly transgressive: it meant subverting the claim of aesthetic autonomy that, since the late eighteenth century, had clung to music more stubbornly than to its sister arts—the notion of a self-contained history of music, “guiltless and unstained by blood,” to use Schopenhauer’s fantastical phrase. “History” in that reckoning had an important role in blocking the old collusion between musicology and German idealism.

Read Representations‘s special issue, “Music and Sound at the Edges of History,” for free online for a limited time.

And yet, in recent years, history has itself become increasingly fragile and suspect, at least in its traditional forms. Across the humanities, writers have challenged the colonial politics of the archive, the dependence of Euro-American history on the written word, and bogus master narratives about modernity and its various global “encounters.” One consequence is that new affinities have appeared between music—so long the elusive and disruptively sensuous Other of ocularcentric Enlightenment reason—and conceptions of history that are themselves less legible and less linear than before. Music, as we frequently sense in our daily lives, allows for alternative, and sometimes radical, ways of knowing and of remaking the past: voices might as soon be errant as obedient, songs as soon subversive as prescriptive, bodies as disruptive as they are disciplined. Through new routes and byways, music and sound, this issue suggests, articulate usefully awkward relations to history—though not for the old Romantic reasons that musicologists have only lately rejected.

So the essays in this special issue look to reexamine and perhaps remake the relationship between music and historical memory. From embodied, danced song that embeds histories of slavery to the fugitive voices taken up by the Black radical avant-garde; from the histories and personal memories revived and sustained through song to the material traces of operatic desire; from the music of peoples who deny or are denied histories to the latest mediatic obsessions and vibrational ontologies that try to escape history altogether, this volume is an attempt to search out the sonic edges and thresholds of personal and historical memory.

* The series was sponsored by musicologist Roger Parker at King’s College London.

Quiet, Silence, Sound: Thoughts on the Hum of the World
Cultural Studies of Florida: A Q&A with DCQR Guest Editor Aisha Durham 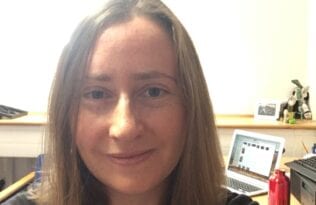