A Comedian and an Activist Walk into a Bar: The Serious Role of Comedy in Social Justice

Remaking a Life: How Women Living with HIV/AIDS Confront Inequality

In the face of life-threatening news, how does our view of life change—and what do we do it transform it? Remaking a Life uses the HIV/AIDS epidemic as a lens to understand how women generate radical improvements in their social well being in the face of social stigma and economic disadvantage. Drawing on interviews with nationally recognized AIDS activists as well as over one hundred Chicago-based women living with HIV/AIDS, Celeste Watkins-Hayes takes readers on an uplifting journey through women’s transformative projects, a multidimensional process in which women shift their approach to their physical, social, economic, and political survival, thereby changing their viewpoint of “dying from” AIDS to “living with” it. With an eye towards improving the lives of women, Remaking a Life provides techniques to encourage private, nonprofit, and government agencies to successfully collaborate, and shares policy ideas with the hope of alleviating the injuries of inequality faced by those living with HIV/AIDS everyday.

Laura E. Enriquez is Assistant Professor of Chicano/Latino studies at the University of California, Irvine.

Of Love and Papers: How Immigration Policy Affects Romance and Family

Of Love and Papers explores how immigration policies are fundamentally reshaping Latino families. Drawing on two waves of interviews with undocumented young adults, Enriquez investigates how immigration status creeps into the most personal aspects of everyday life, intersecting with gender to constrain family formation. The imprint of illegality remains, even upon obtaining DACA or permanent residency. Interweaving the perspectives of US citizen romantic partners and children, Enriquez illustrates the multigenerational punishment that limits the upward mobility of Latino families. Of Love and Papers sparks an intimate understanding of contemporary US immigration policies and their enduring consequences for immigrant families.

Legal Passing offers a nuanced look at how the lives of undocumented Mexicans in the US are constantly shaped by federal, state, and local immigration laws. Angela S. García compares restrictive and accommodating immigration measures in various cities and states to show that place-based inclusion and exclusion unfold in seemingly contradictory ways. Instead of fleeing restrictive localities, undocumented Mexicans react by presenting themselves as “legal,” masking the stigma of illegality to avoid local police and federal immigration enforcement. Restrictive laws coerce assimilation, because as legal passing becomes habitual and embodied, immigrants distance themselves from their ethnic and cultural identities. In accommodating destinations, undocumented Mexicans experience a localized sense of stability and membership that is simultaneously undercut by the threat of federal immigration enforcement and complex street-level tensions with local police. Combining social theory on immigration and race as well as place and law, Legal Passing uncovers the everyday failures and long-term human consequences of contemporary immigration laws in the US.

Rocío Rosales is Assistant Professor of Sociology at the University of California, Irvine.

This book examines the social worlds of young Latino street vendors as they navigate the complexities of local and federal laws prohibiting both their presence and their work on street corners. Known as fruteros, they sell fruit salads out of pushcarts throughout Los Angeles and are part of the urban landscape. Drawing on six years of fieldwork, Rocío Rosales offers a compelling portrait of their day-to-day struggles. In the process, she examines how their paisano (hometown compatriot) social networks both help and exploit them. Much of the work on newly arrived Latino immigrants focuses on the ways in which their social networks allow them to survive. Rosales argues that this understanding of ethnic community simplifies the complicated ways in which social networks and social capital work. Fruteros sheds light on those complexities and offers the concept of the “ethnic cage” to explain both the promise and pain of community.

Jennifer M. Randles is Chair and Associate Professor in the Sociology Department at California State University, Fresno, and author of Proposing Prosperity? Marriage Education Policy and Inequality in America.

Essential Dads: The Inequalities and Politics of Fathering

In Essential Dads, sociologist Jennifer Randles shares the stories of more than 60 marginalized men as they sought to become more engaged parents through a government-supported “responsible” fatherhood program. Dads’ experiences serve as a unique window into long-standing controversies about the importance of fathering, its connection to inequality, and the state’s role in shaping men’s parenting. With a compassionate and hopeful voice, Randles proposes a more equitable political agenda for fatherhood, one that carefully considers the social and economic factors shaping men’s abilities to be involved in their children’s lives and the ideologies that rationalize the necessity of that involvement.

The Scarcity Slot: Excavating Histories of Food Security in Ghana

The Scarcity Slot is the first book to critically examine food security in Africa’s deep past. Amanda L. Logan argues that African foodways have been viewed through the lens of ‘the scarcity slot,’ a kind of Othering based on presumed differences in resources. Weaving together archaeological, historical, and environmental data with food ethnography, she advances a new approach to building long-term histories of food security on the continent in order to combat these stereotypes. Focusing on a case study in Banda, Ghana that spans the past six centuries, The Scarcity Slot reveals that people thrived during a severe, centuries-long drought just as Europeans arrived on the coast, with a major decline in food security emerging only recently. This narrative radically challenges how we think about African foodways in the past with major implications for the future.

Serving a Wired World: London’s Telecommunications Workers and the Making of an Information Capital

Serving a Wired World is a history of information service work embedded in the daily maintenance of liberal Britain and the status quo in the early years of the twentieth century. As Katie Hindmarch-Watson shows, the administrators and engineers who crafted these telecommunications systems created networks according to conventional gender perceptions and social hierarchies, modeling the operation of the networks on the dynamic between master and servant. Despite attempts to render telegraphists and telephone operators invisible, these workers were quite aware of their crucial role in modern life, and they posed creative challenges to their marginalized status—from organizing labor strikes to participating in deviant sexual exchanges. In unexpected ways, these workers turned a flatly neutral telecommunications network into a revolutionary one, challenging the status quo in ways familiar today.

Emily Ng is Postdoctoral Researcher at the Amsterdam School for Cultural Analysis, University of Amsterdam.

A Time of Lost Gods: Mediumship, Madness, and the Ghost after Mao

Traversing visible and invisible realms, A Time of Lost Gods attends to profound re-readings of politics, religion, and madness in the cosmic accounts of spirit mediumship. Drawing on research across a temple, a psychiatric unit, and the home altars of spirit mediums in a rural county of China’s Central Plain, it asks: What ghostly forms emerge after the death of Mao and the so-called end of history? The story of religion in China since the market reforms of the late 1970s is often told through its destruction under Mao and relative flourishing thereafter. Here, those who engage in mediumship offer a different history of the present. They approach Mao’s reign not simply as an earthly secular rule, but an exceptional interval of divine sovereignty, after which the cosmos collapsed into chaos. Caught between a fading era and an ever-receding horizon, those “left behind” by labor outmigration refigure the evacuated hometown as an ethical-spiritual center to come, amidst a proliferation of madness-inducing spirits. Following pronouncements of China’s rise, and in the wake of what Chinese intellectuals termed semicolonialism, the stories here tell of spirit mediums, patients, and psychiatrists caught in a shared dilemma, in a time when gods have lost their way.

Smoke but No Fire: Convicting the Innocent of Crimes that Never Happened

Musical Meaning: Is There Such a Thing?
The Social Lives of God Pictures and Temple Statues 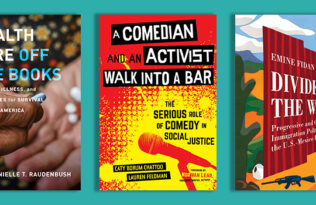