Marion Nestle has long been known as a food politics powerhouse, a leader in the field who has been thinking, writing, and teaching about food systems for decades. Her latest book, Let’s Ask Marion: What You Need to Know about the Politics of Food, Nutrition, and Health is a savvy and accessible question-and-answer collection that showcases Nestle’s expertise in exchanges with environmental advocate Kerry Trueman. Let’s Ask Marion provides an accessible survey of her opinions and conclusions for anyone curious about the individual, social, and global politics of food.

“When it comes to making sense of the unclean politics of national and international food policy, exposing the motives of corporate food giants, and helping us make the right choices about what we eat, Marion Nestle is a fierce and reliable voice of reason, and her new book is approachable, focused, and hopeful.”–Alice Waters, chef, author, food activist, and owner of Chez Panisse restaurant

In the video interview below, Nestle joined Town Hall Seattle to discuss Let’s Ask Marion. Nestle shares selections and expertise from the book. She shows us how to advocate for food systems that are healthier for people and the planet, moving from the politics of personal dietary choices, to community food issues, and matters that affect global food systems.

Marion Nestle is Paulette Goddard Professor of Nutrition, Food Studies, and Public Health, Emerita, at New York University, in the department she chaired from 1988-2003 and from which she retired in September 2017. She is also Visiting Professor of Nutritional Sciences at Cornell. She holds honorary degrees from Transylvania University in Kentucky and the Macaulay Honors College of the City University of New York.

She earned a Ph.D. in molecular biology and an M.P.H. in public health nutrition from the University of California, Berkeley. Previous faculty positions were at Brandeis University and the UCSF School of Medicine. From 1986-88, she was senior nutrition policy advisor in the Department of Health and Human Services and editor of the 1988 Surgeon General’s Report on Nutrition and Health. Her research and writing examine scientific and socioeconomic influences on food choice and its consequences, emphasizing the role of food industry marketing.

She is the author of several prize-winning books, including Food Politics: How the Food Industry Influences Nutrition and Health; Safe Food: The Politics of Food Safety, and Why Calories Count: From Science to Politics; among others.

From 2008 to 2013, she wrote a monthly Food Matters column for the San Francisco Chronicle food section, and she blogs at www.foodpolitics.com. Her Twitter account, @marionnestle, has been named among the top 10 in health and science by Time Magazine, Science Magazine, and The Guardian, and has nearly 145,000 followers. Nestle has received many awards and honors such as the John Dewey Award for Distinguished Public Service from Bard College in 2010. In 2011, the University of California School of Public Health at Berkeley named her as Public Health Hero. Also in 2011, Michael Pollan ranked her as the #2 most powerful foodie in America (after Michelle Obama), and Mark Bittman ranked her #1 in his list of foodies to be thankful for. She received the James Beard Leadership Award in 2013, and in 2014 the U.S. Healthful Food Council’s Innovator of the Year Award and the Public Health Association of New York City’s Media Award, among others. In 2016, Soda Politics won literary awards from the James Beard Foundation and the International Association of Culinary Professionals. In 2018, she was named one of the UC Berkeley School of Public Health’s 75 most distinguished graduates in 75 years, won a Trailblazer Award from the International Association of Culinary Professionals, and was selected Grande Dame of the year by Les Dames d’Escoffier International. In 2019, the Hunter College Food Policy Center gave her its first Changemaker Award and Heritage Radio named her to its Tenth Anniversary Hall of Fame.

Drawing on experiences from her storied career, Nestle is currently working on a memoir, set to publish with UC Press in 2022.

Visit our #JustFood21 Virtual Exhibit for 40% off the Book 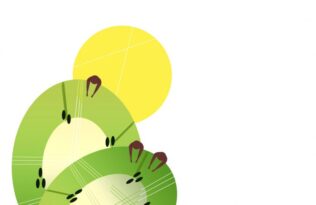 #JustFood21: What Does Food Justice Mean to You? 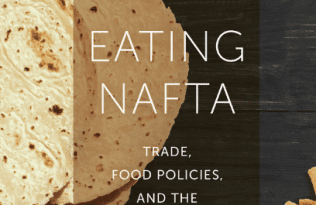