UC Press publishes numerous titles that center Palestinians and contribute to globalizing knowledge about the Palestinians in and beyond Palestine. In addition to the open-access series New Directions in Palestinian Studies, UC Press has several titles that inform and broaden the conversation on Palestine.

Gaza
An Inquest into Its Martyrdom
by Norman Finkelstein

Based on scores of human rights reports, Norman G. Finkelstein’s book presents a meticulously researched inquest into Gaza’s martyrdom. He shows that although Israel has justified its assaults in the name of self-defense, in fact these actions constituted flagrant violations of international law. But Finkelstein also documents that the guardians of international law—from Amnesty International and Human Rights Watch to the UN Human Rights Council—ultimately failed Gaza. One of his most disturbing conclusions is that, after Judge Richard Goldstone’s humiliating retraction of his UN report, human rights organizations succumbed to the Israeli juggernaut.

Boycott!
The Academy and Justice for Palestine
by Sunaina Maira

The Boycott, Divestment, and Sanctions movement (BDS) has expanded rapidly though controversially in the United States in the last five years. The academic boycott of Israeli academic institutions is a key component of this movement.  Boycott! situates the academic boycott in the broader history of boycotts in the United States as well as in Palestine and shows how it has evolved into a transnational social movement that has spurred profound intellectual and political shifts. It explores the movement’s implications for antiracist, feminist, queer, and academic labor organizing and examines the boycott in the context of debates about Palestine, Zionism, race, rights-based politics, academic freedom, decolonization, and neoliberal capitalism.

The Great War and the Remaking of Palestine
by Salim Tamari

A Half Century of Occupation
Israel, Palestine, and the World’s Most Intractable Conflict
by Gershon Shafir

Palestinian refugees’ experience of protracted displacement is among the lengthiest in history. In her breathtaking new book, Ilana Feldman explores this community’s engagement with humanitarian assistance over a seventy-year period and their persistent efforts to alter their present and future conditions. Based on extensive archival and ethnographic field research, Life Lived in Relief offers a comprehensive account of the Palestinian refugee experience living with humanitarian assistance in many spaces and across multiple generations. By exploring the complex world constituted through humanitarianism, and how that world is experienced by the many people who inhabit it, Feldman asks pressing questions about what it means for a temporary status to become chronic. How do people in these conditions assert the value of their lives? What does the Palestinian situation tell us about the world? Life Lived in Relief is essential reading for anyone interested in the history and practice of humanitarianism today.

Established in Ramallah in 1979, al-Haq was the first Palestinian human rights organization and one of the first such organizations in the Arab world. This inside history explores how al-Haq initiated methodologies in law and practice that were ahead of its time and that proved foundational for many strands of today’s human rights work in Palestine and elsewhere. Lynn Welchman looks at both al-Haq’s history and legacy to explore such questions as: Why would one set up a human rights organization under military occupation? How would one go about promoting the rule of law in a Palestinian society deleteriously served by the law and with every reason to distrust those charged with implementing its protections? How would one work to educate overseas allies and activate international law in defense of Palestinian rights? This revelatory story speaks to the practice of local human rights organizations and their impact on international groups. 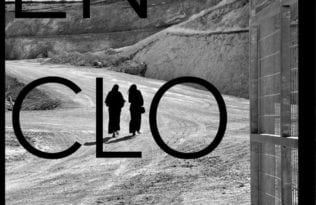