In this virtual conversation, acclaimed China expert Roger Garside, author of China Coup: The Great Leap to Freedom, joined UC Press Executive Editor, Reed Malcolm, to discuss how his experiences as a diplomat in China motivated him to write the book and the clear evidence behind the scenario he details — how China’s leader Xi Jinping could soon be removed from office in a coup d’état mounted by rivals in the top leadership.

Roger Garside first became interested in China while in the British army, when he was posted to Hong Kong. It was 1958, and Mao was running the disastrous Great Leap forward. Garside knew he wanted to learn more about what was happening in the country. He went on to serve as a diplomat in China for seven years, which gave him a sense of everyday life in the country and the constructed nature of the Chinese regime’s narrative of what was happening.

In addition, Garside’s experience as a development banker and capital market development advisor to many countries transitioning to market economies put him on the frontlines of social and economic change, where he witnessed the benefits of democracy (at least compared to other forms of government).

As Garside explains in the interview, China’s current political order is “outwardly strong, but inwardly weak.”

“[The regime] is very good at control, but there is no basis of trust between it and the people it rules…and that is not a sound basis for government.”

There are signs these views are held by the Chinese people and even within the regime — an understanding that with changes to China’s economic and social order, comes a need for political change.

As Garside argues, the coup he predicts depends critically on how liberal democracies such as America and its allies act. While some may see this kind of intervention risky or even imperialistic, Garside argues that adopting a passive attitude toward what is now the second largest economy, and with a totalitarian government, is more dangerous.

The Biden administration has expressed a need to push back against China, and its willingness to use sanctions. Already, the U.S. seems to be moving in the direction of what Garside imagined. 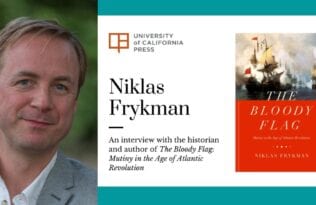