By Ra‘anan Boustan, Co-Editor of Studies in Late Antiquity

When I arrived at UCLA back in 2006 as an Assistant Professor, I had recently completed my graduate studies in the Department of Religion at Princeton University. At Princeton, faculty across the Departments of Art & Archaeology, Religion, Classics, History, and Near Eastern Studies anchored a robust community of students and visiting scholars all dedicated to the study of Late Antiquity, albeit from a variety of disciplinary perspectives. For some, Late Antiquity was a key period in the formation of “western” art and aesthetics; for others, this was the momentous period that saw the emergence of the primary forms of Islam, Christianity, and Judaism; still others were interested in the transformation of the classical tradition as it was transmitted and received within the multi-lingual and multi-cultural world of Late Antiquity.

I knew that the experience of being part of such an intellectually vibrant, disciplinarily diverse, and indeed welcoming scholarly community would be difficult to recreate once I went out into the world, so to speak. Moreover, the particular configuration of scholars and institutions at Princeton exists few other places, in part because the period of Late Antiquity straddles so many traditional scholarly frameworks: the classical and the post-classical; Mediterranean, European, and Near Eastern studies; Roman and Iranian (Sasanian) history; and “traditional” Mediterranean religions (AKA “paganism”) as opposed to the newly emergent “monotheistic” communities of the later Roman Empire; to name just a few.

And it was true that few of the UC campuses, on their own, had the existing faculty and infrastructure to support the study of Late Antiquity across all of its disciplinary divides and in broad global perspective. But it was precisely the hunger for such a framework that had impelled various faculty distributed across the University California system, led by Claudia Rapp (then at UCLA), to form the University of California Multi-campus Research Group (MRG) on History and Culture of Late Antiquity, which was established in 1999 with funds from the UC President’s Office. The community of scholars of Late Antiquity had soon doubled, while also expanding to include a wider range of specialists (e.g., late antique Iran, ancient Judaism, and Byzantine art and archaeology, again to name only a few).

Our regular meetings as a group—often in conjunction with a colloquium or lecture—were highlights of my time in the UC system. My first encounter with the group as a whole came on a sun-soaked Saturday in mid-winter when a dozen of us crammed into a hotel room down in Venice Beach to share our work-in-progress. Equally memorable was the evening on which several of us gathered, following a day of conversation and a lecture, in a pub near the Berkeley campus to discuss ideas for training graduate students across more than one of the UC campuses. Then there was the dinner up in Davis, presided over by Mike Chin, at which Tom Sizgorich (of blessed memory) and Moulie Vidas first floated the idea of starting a journal that would encompass both the historical breadth and the methodological range of the study of Late Antiquity, at least as we in the MRG thought it ought to be practiced.

Studies in Late Antiquity (SLA) grew out of this expansive vision of the field, a vision that is in many respects vintage California. We hoped that the journal might break us out of the straightjacket imposed by the existing venues for publication in the field, which had long been bifurcated between the study of patristics, on the one hand, and late Roman history, on the other, while relegating many other facets of the world of Late Antiquity to more specialist journals (for example, the various journals that focused on Jews and Judaism in the Graeco-Roman world or on Aramaic/Syriac texts and language). And the complex processes of transition to the “medieval” worlds of Islam, Byzantium, and the Latin West were even less represented in the pages of those journals.

SLA promised to provide a much needed space within which the multi-polar world of Late Antiquity could be sutured together, though without forcing its many facets to conform to a single mold or model. The journal could thus explore the generative tensions between local and regional developments and more global conditions and processes (environmental, political, economic, etc.). This capacious perspective would trace how elements of the broadly shared culture of Late Antiquity radiated out from various imperial centers, but also how every periphery constituted a center with a distinctive social and cultural logic of its own. Meanwhile, we wanted to encourage more methodologically adventurous—and self-reflective—scholarship that would tackle new historiographic topics (e.g., disability) as well as new methods and approaches (drawing especially on innovations in Digital Humanities), all while extending the study of Late Antiquity southward into Africa and Arabia and eastward across the Syriac-speaking communities of Western Asia to Central Asia and China.

I am excited to see how Studies in Late Antiquity, under the leadership of Professor Beth Digeser, founding editor of the journal, has already achieved much of this vision. The need that we long felt for a venue for methodologically adventurous scholarship on the world of Late Antiquity, writ large, has only grown in recent years. I am pleased that the journal will be migrating, along with me, back from California to Princeton. I look forward to continuing Beth’s work, in part by strengthening the connections between the scholarly networks of California and of the East Coast, but also by strengthening the ties between scholars based in the United States and the larger community of specialists in Late Antiquity, from the Pacific Rim to Europe and hopefully also Africa and East Asia.

We invite you to sample a free issue of Studies in Late Antiquity. Those interested in contributing to the journal should review SLA‘s submissions instructions, and those interested in subscribing may do so here and/or by asking their library to subscribe. 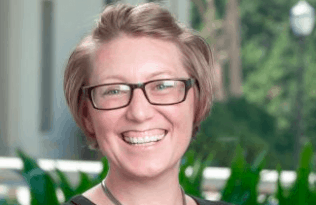 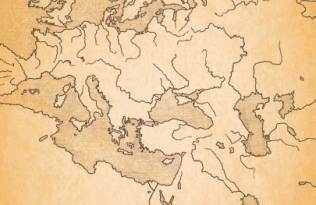