One hundred and fifty years after Powell’s epic 1869 Colorado River Exploring Expedition, Vision and Place revisits Powell’s vision, examining its historical character and its relative influence on the Colorado River Basin’s cultural and physical landscape in modern times. In three parts, the volume unpacks Powell’s ideas on water, public lands, and Native Americans—ideas at once innovative, complex, and contradictory.

Uncertain Path
A Search for the Future of National Parks
by William C. Tweed

America’s Largest Classroom
What We Learn from Our National Parks
by Jessica L. Thompson and Ana K. Houseal

Carleton Watkins (1829–1916) is best known for his pictures of Yosemite Valley and the nearby Mariposa Grove of giant sequoias. Watkins made his first trip to Yosemite Valley and Mariposa Grove in 1861 just as the Civil War was beginning. Motivated by Watkins’s pictures, Congress would pass legislation, later signed by Abraham Lincoln, that preserved Yosemite as the prototypical “national park,” the first such act of landscape preservation in the world. Carleton Watkins: Making the West American includes the first history of the birth of the national park concept since pioneering environmental historian Hans Huth’s landmark 1948 “Yosemite: The Story of an Idea.”

The Paradox of Preservation chronicles how national ideals about what a park “ought to be” have developed over time and what happens when these ideals are implemented by the National Park Service (NPS) in its efforts to preserve places that are also lived-in landscapes. Using the conflict surrounding the closure of the Drakes Bay Oyster Company, Laura Alice Watt examines how NPS management policies and processes for land use and protection do not always reflect the needs and values of local residents. Instead, the resulting landscapes produced by the NPS represent a series of compromises between use and protection—and between the area’s historic pastoral character and a newer vision of wilderness.

The publication of the Atlas of Yellowstone, Second Edition coincides with the 150th anniversary of the founding of Yellowstone National Park—a major international event. The atlas is an accessible, comprehensive guide that presents Yellowstone’s story through compelling visualizations rendered by international award-winning cartographers. Readers of this new edition of the Atlas of Yellowstone will explore the contributions of Yellowstone to preserving and understanding natural and cultural landscapes, to informing worldwide conservation practices, and to inspiring national parks around the world while also learning about the many struggles the park faces in carrying out its mission. Ranging from Indigenous Americans and local economies to geysers and wildlife migrations, from the life of one wolf to the threat of wildfires, each page provides leading experts’ insights into the complexity and significance of Yellowstone.

Celebrating Earth Day: How We Think About Our Planet and What We Can Do to Preserve It
Fighting Inside and Outside of the Ring: How Luchadoras Challenged Gender Norms in 1950s Mexico 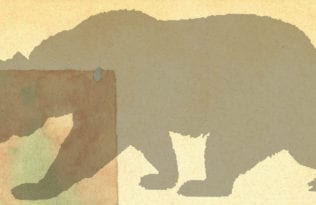