Tourism is one of the largest and most profitable industries in the world today. Yet the vast majority of tourist guidebooks focus on a small, elite segment of the population and encourage consumption and spectacle as the primary way to experience a place. These representations do not reflect the reality of life for most urban residents—including people of color, the working class and poor, immigrants, indigenous people, and LGBTQ communities—nor are they embedded within a systematic analysis of power, privilege, and exploitation.

A People’s Guide is a series of guidebooks that uncover the rich and vibrant stories of political struggle, oppression, and resistance in the everyday landscapes of major cities. These books tell histories from the “bottom up,” and show how landscapes are the product of struggle.

To discuss the series for the #AAG2021 virtual conference, we interviewed series co-editor, Laura Pulido. Laura Pulido is Professor in Indigenous, Race & Ethnic Studies and Geography at the University of Oregon. Among her books is Black, Brown, Yellow, and Left: Radical Activism in Los Angeles.

How did this series originally come about?

We published A People’s Guide to Los Angeles in 2012. While working on the book and afterwards we gave many presentations on the project and we would regularly get inquiries from people who were interested in developing a similar project for their cities. People were inspired by the idea so we discussed doing a series with Kim Robinson, and we all agreed it would be a good idea. Since A People’s Guide to Los Angeles was published, there have been a number of exciting counter-mapping and history projects across the world. People are really hungry to think about the power dynamics that create places and how to challenge dominate tourist narratives.

We’re now several years into the series, with four People’s Guides currently in print. How has the series delivered on and potentially expanded your original goals?

We’ve realized our initial goal of publishing a series of books based on the APGTLA model, but it has taken much longer than we anticipated and far more work. It took almost ten years for the first book, Boston, to be published. Editing this series is very different from a typical book series because all of the projects have to follow a template. It took us awhile to figure out how to streamline this process and figure out when and where authors could deviate from the template. Under the best of conditions, these books take years to produce – they are expansive, complex, expensive, collaborative projects and require an extraordinary level of commitment on the part of the authors. Having said that, we are thrilled with the published books and very excited about the forthcoming titles. We are also working on a website for the series as a whole.

How are cities selected?

There are two ways places are selected. First, we sometimes target particular cities, try to identify potential authors, and invite them to consider such a project. Far more often, people contact us and say they would like to do A People’s Guide for their city. We then work with the team to see if a project is viable for their city. While we led with larger cities, we are now in a place where we can consider multiple kinds of places.

Can you tell us more about the recent and forthcoming A People’s Guides in the series?

One of the next books that will be coming out is A People’s Guide to New Orleans. We are really excited about this topic given the importance of the city and its unique history. This will also be our first title in the South. We hope to develop more projects in the South, Midwest, and beyond the US. We are especially interested in the Global South and unconventional geographies, such as the border region.

What has been the most exciting part of working on this series?

For me, one of the most exciting things about working on the series is getting to know the individual teams and getting a “crash course” in learning about different cities. As a geographer, I am deeply interested in other places and their histories and landscapes and this is a great way to learn about them. I had dreams of visiting the various teams and touring some of the sites in the book, but this has not really happened yet. Hopefully soon! 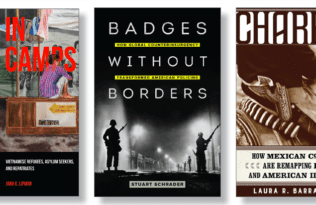 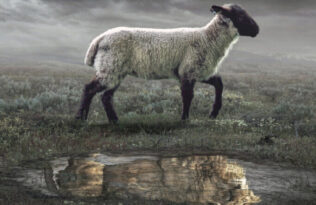 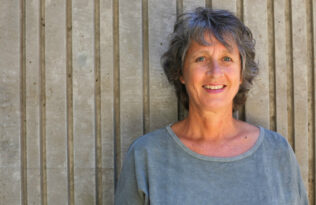