A veteran of both Broadway and the protest line, Nobuko Miyamoto is an iconic Asian American artist and activist. Growing up in the 1940s as a third-generation Japanese American “without a song of my own,” she found her voice in the 1960s through the revolutionary movements occurring in the U.S. and abroad. In 1973, she co-created the seminal album A Grain of Sand: Music for the Struggle by Asians in America (Paredon), widely recognized as the first such compilation of Asian American music. With neither guideposts nor role models for reference, Nobuko improvised her own artistic path as a songwriter, dancer, and theater artist. Across five decades, she forged a creative practice that thrives on collaboration and continues today with a fire for justice.

Miyamoto was recently interviewed on Letters and Politics, KPFA, where she talked about her experiences from Japanese internment to hollywood to third world liberation.

In the interview, Miyamoto also shares her reactions and reflections on the March 16th mass shooting in Georgia and the recent rise of violence against Asian Americans in the U.S.

“What happened on March 16th in Georgia was shocking in many ways to the Asian American community and the world at large. But it also felt like we were back at square one as Asian Americans in this country. Still unknown, still nameless, still faceless. And it angered me. It saddened me. This has been a tough year. I mean, just seeing George Floyd killed before our eyes, Breonna Taylor…All these events are part of the same problem. And that’s called racism in America. I think we need to recognize that we’re part of this system that has kept us in this place in some people’s minds, who cannot move forward. So, it’s a wake-up call.”

Nobuko became active in the civil rights movement while living in New York City during the 1960s and early ’70s. She marched, occupied buildings, and shared stages alongside artists and activists protesting against the war in Southeast Asia and the displacing impacts of urban renewal. She gave her voice in support of those fighting for Puerto Rican independence and Black liberation. She found community among a tight-knit group of Asian American activists, which included the pioneering organizations Asian Americans for Action and Basement Workshop.

Her forthcoming memoir, Not Yo’ Butterfly: My Long Song of Relocation, Race, Love, and Revolution, is an intimate and unflinching account of her life story and also foregrounds the struggles of people of color who reclaimed their histories, identities, and power through activism and art. Her narrative intersects with the stories of Yuri Kochiyama and Grace Lee Boggs, influential in both Asian and Black liberation movements. She tells how her experience of motherhood with an Afro-Asian son, as well as a marriage that intertwined Black and Japanese families and communities, placed her at the nexus of the 1992 Rodney King riots—and how she used art to create interracial solidarity and conciliation.

Through it all, Miyamoto has embraced her identity as an Asian American woman to create an antiracist body of work and a blueprint for empathy and praxis through community art. Her sometimes barbed, often provocative, and always steadfast story is now told.

Miyamoto’s story, and her commitment to both activism and cross-racial solidarity is an important model and inspiration for all of us in these times. 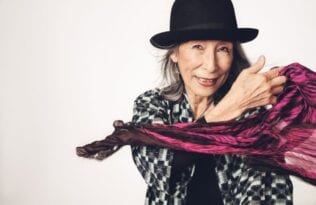 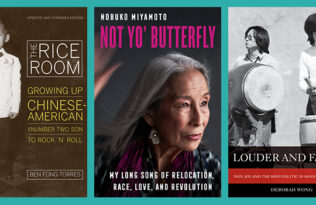