On Tuesday, March 9, Fox News host Tucker Carlson discussed the Chinese military’s new initiative to “cultivate masculinity” in efforts to strengthen its naval prowess. Carlson contrasted China’s efforts with some of the recent initiatives in the U.S. military that include maternity flight suits. His reaction to the U.S. measures was to call the flight suits “a mockery of the U.S. military.” Later that week, after significant backlash from Pentagon officials, military brass, and military service members, Carlson responded, “Perhaps maternity flight suits have been around for a while. We’ve never heard of them…. If the Pentagon can show that pregnant pilots are the best, we will be the first to demand an entire Air Force of pregnant pilots.”

As someone who has researched servicewomen’s pregnancy experiences extensively, I also want to respond to Carlson’s comments. In my new book, Militarized Maternity: Experiencing Pregnancy in the U.S. Armed Forces, I interview enlisted female service members and female officers in the Army, Navy, and Air Force about their pregnancy experiences. I conducted these interviews in part because I realized how often we debate policies regarding women in the military without hearing the voices of the servicewomen themselves. I was also aware that there have been significant efforts to recruit and retain more women and increase troop numbers since the attacks on September 11, 2001—including increased maternity leave, breastfeeding policies, and postpartum deployment schedules. I reached out to women who had experienced pregnancy since then.

When I talked to servicewomen, a common topic was the military maternity uniform, which has been around for decades. In the late 1970s, as more women joined the all-volunteer armed forces and pregnant service members were no longer automatically discharged, some service members complained that pregnant servicewomen were resorting to civilian clothing when their uniforms no longer fit, thus undermining morale. The creation of maternity uniforms allowed pregnant servicewomen to continue serving in uniform and performing their duties when their regular uniforms didn’t fit. The maternity flight suits discussed by Carlson, were recently added to the maternity uniform options. Many women who wanted to continue flying while pregnant in order to complete their required flight hours for promotion were either paying to modify their uniforms or borrowing larger ones from men, which was creating safety issues.

Furthermore, in some ways it could be argued that pregnant pilots are “the most effective military pilots.” In fact, in July 2015, Secretary of the Navy Ray Mabus announced that the Navy was increasing paid maternity leave because, “In the Navy and the Marine Corps, we are continually looking for ways to recruit and retain the best people. We have incredibly talented women who want to serve, and they also want to be mothers and have the time to fulfill that important role the right way….This flexibility is an investment in our people and our Services, and a safeguard against losing skilled service members.” Instead of viewing pregnant servicewomen as unfit for an entire military career due to several months of pregnancy, military leaders explain that finding ways to retain pregnant women—like offering maternity uniforms—was an important way of keeping skilled service members who may otherwise leave. This is crucial, not only because retention stabilizes troop readiness, but also because it means that women in whom the military has already trained and invested will likely remain in the service. That means the military does not have to pay to train someone else to replace them.

This leads me to my third point, which is that the military has recently struggled to maintain troop numbers. Creating policies that can recruit and retain women is crucial to addressing this problem, especially since women compose 16% of troops. Without a compulsory draft for all men, the military relies on volunteers, many of whom are women. It has also been reported that because of low recruitment numbers, there was an increase in waivers that allowed recruiters to sign up potential service members who would otherwise not meet “minimum standards.” Recruiting capable and effective women—even women who may not be able to perform at full capacity for part of their pregnancies—is a welcome alternative to lowering recruitment standards which actually would sacrifice the effectiveness of our troops.

Pregnant servicewomen are anything but a “mockery of the military and its core mission.” In my interviews, I discovered that pregnant servicewomen are more than qualified to do their jobs. Many talked about how they worked until the day they had their babies (and sometimes the babies were overdue!) or chose to wear their combat boots even when their ankles were swollen, the boots were uncomfortable, and they were permitted to wear tennis shoes instead. A common phrase used by servicewomen in the interviews was that they had to “work twice as hard” as their male colleagues in order to feel equal to them—and this was before they were pregnant. Once servicewomen were pregnant, they often felt the need to work even harder. Because of their hard work, many talked about how they were promoted while pregnant or on maternity leave, showing that pregnancy did not take away from their ability to perform among the best. 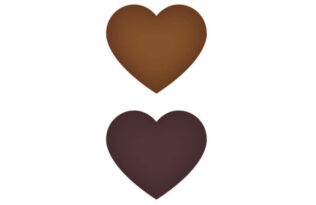