We’re proud to announce that Brian Jacobson, editor of In the Studio: Visual Creation and Its Material Environments has won the 2021 Society for Cinema and Media Studies Best Edited Collection Award!

We reached out to Jacobson as part of our #SCMS2021 virtual conference series to discuss his award-winning book. In the conversation below, Jacobson discusses how the book came together and why studios are such a critical and valuable subject for film and media scholars.

How did this project start?

I began thinking about a project like this in late 2014 while I was finishing my book about studio architecture in early cinema. Having focused so closely on just two national contexts—the United States and France—during the relatively short period from around 1890 to 1915, I was interested in what a study of studios in other places and times might yield. I knew that I, alone, could never pursue that question. If I’m being honest, I was also very much ready to move on to new projects having nothing to do with studios. But I was still excited about what it would mean to assemble a group of scholars with broad expertise. As soon as I began thinking about who might contribute, it became hard to let the idea go.

The chapters in this edited collection focus on studios from widely diverse geographic locations and time periods. How were these selections chosen?

First and foremost, I wanted to make the collection’s geographic and historical scope as broad as possible. I also wanted to include chapters about film, television, and new media as well as avant-garde and experimental artist spaces and, if possible, spaces not traditionally thought of as studios (for instance, the train discussed by Robert Bird in his chapter about Aleksander Medvedkin).

This immediately proved to be difficult, not only because the book could only be so long, but also because it was not so easy to find scholars already working on studios or interested in pushing their existing research in that direction. The great generosity of the authors who agreed to join the project helped immensely, but I should also note that numerous would-be contributors on the tenure track (I wanted a healthy mix of early-career and more senior scholars in the book) had to decline because so many universities don’t value chapters in edited volumes as highly as journal articles. In the end, I wasn’t able to include chapters that I had hoped to find about production spaces in China, India, and Nigeria, to name just a few places. I had also hoped to have at least one chapter about animation.

What is a “studio” and what makes it such a fascinating and important site of study?

In one sense, a studio (at least in the artistic sense) is very easy to define: it is any space dedicated to audio/visual production. This book focuses on studios devoted to film, television, and new media art, but artists’ studios have existed for centuries. Photography studios also set important precedents in the nineteenth century for the film/tv studios that emerged in the twentieth. Part of this collection’s goal is to look far beyond that transparent idea of the studio to more precisely explore what defines studios and what a more complex view can offer, especially in methodological terms.

In the introduction, I use the book’s twelve essays to outline three primary ways of defining studios: as material and virtual environments, as network nodes through which materials and laboring bodies circulate, and as symbols ¾architectural forms that invite the kind of readings typically devoted to their film products. I’ll just say a few words about that first definition of the studio as environment, which connects to so many important conversations happening in cinema/media studies and the environmental humanities more broadly. One of the things I think this book demonstrates well is that studios are not just physical environments but also environmental control technologies, or systems, through which artists and filmmakers create virtual environments for the screen. As cinema/media scholars become increasingly interested in the so-called “Anthropocene” and broader questions about media environments, climates, atmospheres, sustainability, and so on—with lots of great work on the spectator or user side about theaters, screen environments, and film texts—I hope this book will help demonstrate the value of bringing the studio in all of its material, ecological, energetic, and bodily dimensions into those conversations.

Why have studios been overlooked in film and media studies, and what happens when studios are foregrounded in the study of visual culture?

I should first note that while it is true that studios have been consistently overlooked, they have not been wholly ignored. One of the great privileges of editing this book was the opportunity to work with scholars such as Lynn Spigel and Noa Steimatsky whose previous work on studios had helped inspire my own, and I cite other examples in the book’s introduction.

But to answer your question: In one sense, studios are designed precisely to be ignored. When we watch film and television, or when we look at studio photographs, paintings, or sculptures, we’re often not meant to think about the space where they were created. This is part of what makes behind-the-scenes or “making of” features, studio visits, and reflexive works that focus on studios so compelling. In cinema and media studies, a number of other disciplinary conventions and historical circumstances might also explain it. The fact that Hollywood took its very name, the “studio system,” from these buildings makes their relative invisibility ironic, but the name also encourages us to associate “studio” with companies instead of buildings. The field’s roots and long interest in text-focused and broadly theoretical approaches have also not encouraged attention to material concerns.

When we foreground the studio, these kinds of concerns about materials, infrastructure, and resources, including those of laboring bodies, quickly become important and apparent. Although we can get at those concerns in other ways, the studio puts them in distinct relief and also raises fundamental theoretical questions about the nature of world creation and visual representation.

What is the one thing you hope readers take away from the book?

I think there’s so much more to write about studios, and not only because so many contexts could not be included in this book for practical reasons. As I hope the book makes clear, studios contain so many stories. In the introduction, one of my goals was to create openings for future work by outlining potential approaches without foreclosing other as-yet-unseen paths. As cinema/media scholars continue to push forward fields devoted to production studies, media sustainability, environmental and ecological approaches, and media infrastructure and materials—not to mention space and architecture, two categories that continue to yield important work—I hope studios will become frequent research objects. I look forward to being in dialogue with the next generation of scholars to take up this important work.

“The X-Files is Weed”: How Material Culture Shapes Film and Television Cultures
How Ruth Bader Ginsburg's Final Book Came to Be 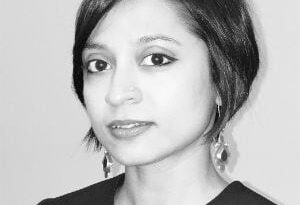 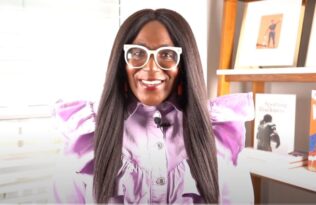