By Shannon Reid and Matthew Valasik, authors of Alt-Right Gangs: A Hazy Shade of White

“What’s past is prologue.” The violent insurrection that transpired following President Trump’s public ranting at the “Save America March” in Washington, D.C. on January 6, 2021 was both eerily reminiscent and substantially more disastrous than the “Unite the Right” rally in Charlottesville, Virginia in 2017. The events of the 6th brought together a collection of alt-right gangs, like Proud Boys, anti-government militias, like Oath Keepers, accelerationists, like Boogaloo Bois, and online trolls, like Groypers with Trump supporters. While this may seem like a random configuration of groups, many are united by xenophobia, perceived religious prejudice, opposition to Covid-19 restrictions, and conspiracy theories (i.e., QAnon, election fraud) shrouded in the facade of conservative moralism.

While the events of January 6th are tragic, they were not surprising to those of us who study white power groups, especially given Trump’s command for Proud Boys to “Stand Back and Stand By” which energized many far-right groups. Much of our work focuses on better understanding and, hopefully, being able to anticipate events such as these.

Our new and timely book, Alt-Right Gangs: A Hazy Shade of White aims to help students and scholars in a wide variety of academic disciplines (e.g., sociology, criminology, political science, communication studies, etc.) better understand this historic moment by answering: What facilitated this event to happen? Why were the police unprepared? Who are the groups that were involved? What rationale is used by these groups to justify the attack?

As the famous journalist Walter Lippmann pointed out, in order for a healthy democracy to thrive the citizenry need to both literate and educated. Lippmann cautioned that an uneducated but literate populace would elect government representatives who are incompetent, corrupt, power-hungry, and fascistic. Specifically, citizens must have critical thinking skills to distinguish between reality and “fake news.” As far-right groups continue to grow and metastasize in the wake of the Trump Presidency, it’s essential for students to be able to critically evaluate the content that they are absorbing daily from social media.

The relentless focus of the media, pundits, and commentators on the white power movement as united in ideology, intent, and coordination diverts our attention away from the truth: research shows that for youth and young adults, white supremacy ideology is often a disorganized set of talking points. These groups and individuals need to be approached with localized intervention and suppression strategies, a much more manageable process, than being grouped together in the all-encompassing black hole that is the white power movement.

In Alt-Right Gangs, we expand on these strategies and refute the narrative of a unified white power movement. Our book offers a unique interdisciplinary perspective that synthesizes an array of academic literatures to provide a holistic understanding of white power groups. The recurring aggregation of white power/alt-right street gangs (i.e., Proud Boys, 211 Bootboys, Rise Above Movement) with traditional white power groups (e.g., Ku Klux Klan, neo-Confederates, Christian Identity sects, neo-Nazis) or other far-right groups (e.g., Oath Keepers, Boogaloo Bois) is problematic. In fact, the cultural aesthetics, characteristics, and penchant for violence clearly identify groups, such as Proud Boys, Patriot Prayer, Rise Above Movement, and a range of others, as street gangs. This boisterous and violent street presence that is routinely observed is exactly the same behavior that has been observed among traditional street gang research for nearly the past century. Additionally, we’re able to highlight the key individual- and group-level differences that influence why people, especially youth, join white power groups (e.g., Proud Boys, Peckerwoods, Hammerskins) versus groups like the Bugaloo Bois or extra-legal “militias” (e.g., Oath Keepers, Patriot Prayer).

Overall, our goal with Alt-Right Gangs is to use a broader perspective to evaluate the limits of existing research on white power groups and to provide a foundation for students, scholars, policy makers, and criminal justice actors to understand the nature of alt-right gangs in a systematic manner.

How Tales of the Feminine Divine Offer an Alternative to Ancient Religious “Memes”
Teaching the Medieval as Mediterranean: Announcing New Textbook The Sea in the Middle 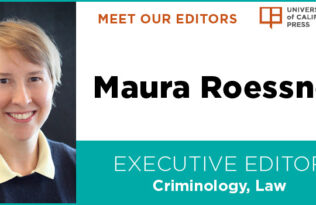