“It is the only discipline entirely focused on what it means to be human, and in most instances, to struggle. At a time when being human means many different things – and entails so many different struggles – anthropological knowledge is more urgent and capacious than ever.”

Megan A. Carney is Assistant Professor in the School of Anthropology and Director of the Center for Regional Food Studies at the University of Arizona. Her writing has appeared in The Hill, The Conversation, and Civil Eats. She is the author of the award-winning book The Unending Hunger and the forthcoming book, Island of Hope.

“Anthropology matters because it’s both a kind of useful funhouse mirror to see the world anew and a hammer to change the world for the better (h/t B. Brecht).”

David Vine is Professor of Anthropology at American University. He is the author of The United States of War, Base Nation: How U.S. Military Bases Abroad Harm America and the World and Island of Shame: The Secret History of the U.S. Military Base on Diego Garcia.

“It’s not anthropology that matters but our shared humanity. It just so happens that the holism our discipline offers into our experiences as a species is unmatched by any other social science approach.”

Jason De León is Professor of Anthropology and Chicana/o and Central American Studies, UCLA; a 2017 MacArthur Fellow; Executive Director of the Undocumented Migration Project; and President of the Board of Directors for the Colibrí Center for Human Rights. He is the author of the award-winning book, The Land of Open Graves. In 2010, he hosted American Treasures, a reality-based television show on the Discovery Channel about anthropology and American history.

“Cultural anthropology has the power to profoundly alter one’s view of the world, self, and many pressing contemporary issues through in-depth ethnographic encounters of diverse cultural practices and power dynamics.”

Li Zhang is Professor of Anthropology at the University of California, Davis. She is the author of Anxious China, and the award-winning books, Strangers in the City and In Search of Paradise.

“Anthropology matters because people matter and I don’t know any other academic discipline that takes people so seriously, that cares so much what people think, say, do, that embraces human relationships as the basis of knowledge.”

Ieva Jusionyte is Assistant Professor of Anthropology and Social Studies at Harvard University and the author of Threshold and Savage Frontier. She is the series editor of the California Series in Public Anthropology.

“An anthropological sensibility challenges the stereotypical representations of place and cultural otherness that are still so pervasive in cultural industries like tourism.”

Matilde Córdoba Azcárate is Assistant Professor in the Communication Department at the University of California, San Diego and author of Stuck With Tourism.

“Anthropology matters only as long as those who practice it continue to be critical of the discipline and the production of knowledge.”

Maurice Rafael Magaña is a sociocultural anthropologist and Assistant Professor of Mexican American Studies at the University of Arizona. He is the author of Cartographies of Youth Resistance. 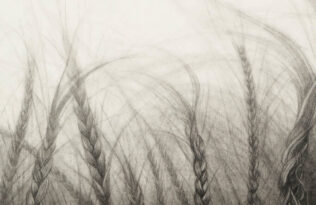 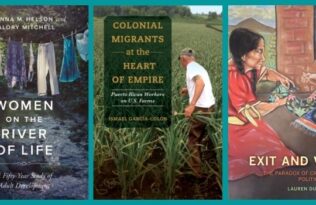