By Christine Philliou, author of Turkey: A Past Against History

Imagine living in a place where the political elite is deeply divided within itself. Contradictions between constitutionalism and empire are coming into violent conflict, seemingly on a daily basis. “Minority” groups who have long been subject to institutionalized discrimination and relegated to second-class citizen status are struggling to attain legal equality. Parts of the political elite are violently opposed to this struggle and see it as a threat to their own existence and hegemony. In this landscape, historical memory, and indeed the very writing of history is an arena of deep contention, filled with taboos, where heroes of the past are turning into villains to be erased from history, and vice-versa. And finally, there is the predicament of a writer-raised, educated, and groomed for membership in the political elite, only to have its power dismantled to make way for a new kind of authoritarian democracy.

Does this place sound familiar?

As I completed the revisions for my new book, Turkey: A past against History, the parallels between Ottoman constitutional and Turkish republican politics on the one hand, and the world around me in the United States of the early twenty-first century were frighteningly clear. In Turkey: A Past Against History, I delve into the complex contradictions of Ottoman constitutionalism and its evolution into Turkish, Kemalist republicanism, from the 1908 Constitutional Revolution, through the Balkan Wars, World War One, and the Turkish War of Independence. While Mustafa Kemal Atatürk, the founder of the Turkish Republic, is ordinarily the star of the story, I chose a different angle: that of muhalefet, or opposition and dissent within the Ottoman, and then Turkish establishment. More specifically, I trace the changing meanings of that word, and the shifting contours of political authority and opposition, through the life and writings—literary and political—of one perennial opponent and dissident: Refik Halid Karay (1888-1965), better known under his pseudonym, The Porcupine. Through his itinerary of exile and return to Istanbul, and his pointed, satirical writings, I provide a new vantage point on Turkey’s unique form of authoritarian democracy—from a constitutional monarchy hijacked by a secret society-turned-political party, to a one-party Republic under the overshadowing authority of Atatürk. Karay’s writings show us the ways that, in the absence of a sustained, sanctioned opposition party between 1908 and 1950, the very word and concept of muhalefet served as a surrogate, half in the imagination and half in political reality.

Turkey has its own tales to tell about the historical struggle for liberal, constitutional democracy. Turkish writers and intellectuals have been the crucible in that struggle throughout the twentieth century and beyond.  A Past Against History is complete and ready to read. The larger story of which it is a part—the story of opposition, dissent and the meanings of constitutionalism—is still being written. And the Ottoman Empire, and Turkey, are not as far away as they seem.

Migration, Art & the Quest for Home: A 19th Century Woman’s Story
How Do You Launch a Movement? How Do You Sustain It? Aldon Morris on Social Justice Success 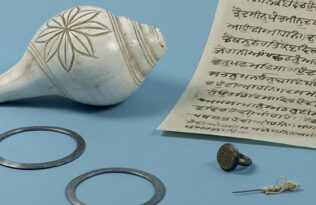 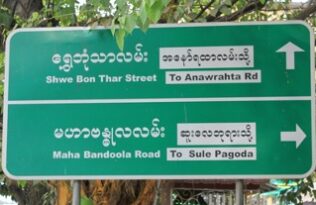 A Walk Down Mogul Street