By Stephen Tuffnell, author of Made in Britain: Emigration and Nation in Nineteenth-Century America

London’s underground map is now globally ubiquitous. Part electrical schematic, part Mondrian neo-plasticism it is perhaps one of the city’s most recognisable cultural artefacts. T-shirts, fridge magnets, aprons, coffee mugs, and of course face masks all feature the iconic design. But it would probably surprise many commuters that there would be no integrated tube system without American engineers, capital, and ingenuity – and certainly not without the flamboyant robber baron Charles Tyson Yerkes. My new book, Made in Britain: Emigration and Nation in Nineteenth-Century America tells this hidden history of American emigration to Britain and the dramatic impacts it had on Anglo-American relations, American nation-building, and British society.

Made in Britain began on the Edgware branch of the Northern Line – one of Yerkes’ additions to the Underground system. I had travelled to the British Library’s Newspaper Depository to consult the London American. A small sheet with an inauspicious run of a few years in the early 1860s and no more than 10,000 readers, I thought the paper would be an interesting vantage point from which to view Civil War diplomacy. Instead, its pages were alive with the vibrant world of Americans in London. Old questions were suddenly cast in a dramatic new light as I found American emigrants hidden in plain sight in archives on both sides of the Atlantic.

We tend not to think of the United States as a nation of emigrants. Yet not only were citizens on the move in the nineteenth century, but American emigrants were also key protagonists in the nation’s century-long effort to balance its political independence with its commercial and cultural interdependence with Britain. The emigrant communities I examine in Made in Britain were responsible for managing Atlantic trade and for overseeing the flow of credit and debt that sustained it, and for marketing the U.S. as a profitable destination for British investment. Later in the century, emigrant merchants and boosters oversaw the “Invasion” of American businesses and goods into late-Victorian and Edwardian Britain, flooding its stores with mass-produced goods, purchasing its utilities, and in the process reversing, so they claimed, the colonial relationship between the two transatlantic powers.

The language of invasion and colonization was not confined to American goods. Americans in Britain lived in a self-described “American Colony.” In Liverpool and London, emigrants enjoyed rich social lives that were interwoven with the rhythms of the London Season – active from the recall of Parliament in February but frantic from the beginning of May to the end of July. The balls, parties, and gossip of the Season enticed in a Georgette Heyer sense. But more importantly, it was on these occasions that emigrants crafted the United States’ international image through interactions and inter-marriage with elite Britons – giving them an outsized role in the history of U.S. foreign relations.

Precisely because emigrants exerted such disproportionate influence over the nature of the United States’ transnational linkages and foreign relations, they were the subject of intense scrutiny. Then, as now, foreign connections could be highly contentious. Thanks to their social and financial capital, American emigrants were therefore often more prominent “representative Americans” and shaped British perceptions of the young republic among Britain’s political elite. American emigrants were confronted repeatedly over the terms of their nationalism by Anglophobic American travelers, exuberant nationalists determined to spread republican and revolutionary principles around the globe, and partisan diplomats. At home, emigrants were used to clarify differences between white Americans and to sharpen the civic components of nationality. By choosing to leave, it was claimed, they had denationalized themselves. Citizens of the republic worked out what it meant to be American through the nation’s emigrants.

Denationalization encapsulates a key premise of Made in Britain: for insular nationalists and outward-looking patriots alike nationhood and nationality were inescapably transnational. Through the transatlantic flow of goods and capital, cultural exchange, social interaction – all mediated by American emigrants – the United States was made in Britain. From the vantage of the globalized twenty-first century this is perhaps unsurprising, even more so as we confront the sudden rupture of those connections. By examining the careful work of emigrants to create international connections, we witness the deep-laid roots of modern globalisation.

What’s art, and who decides?
The Surprising Silver Lining of Dating in the Time of Covid-19 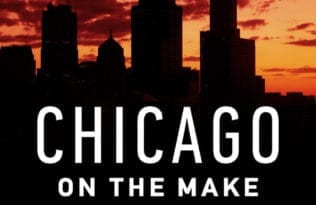