By Christy Thornton, author of Revolution in Development: Mexico and the Governance of the Global Economy

Who gets to govern the global economy? In the twentieth century, this was a key question for political figures and experts in law and economics, who came together repeatedly to design institutions and regulations for international trade, investment, and finance. But in a vastly unequal world of weak and strong, rich and poor, creditor and debtor states, the question of who belonged at the negotiating table was a contentious one. Whose voices would be heard in these debates?

My book, Revolution in Development: Mexico and the Governance of the Global Economy, explores the surprising history of how representatives of Mexico’s post-revolutionary state sought to intervene in negotiations over the rules governing global trade and finance. But it also shows that, as Mexican officials fought for representation in international organizations and redistribution through multilateral institutions, they often faced dismissal, derision, and outright hostility to their demands for a seat at the table.

While researching my book, I discovered one particularly revealing document that illustrates the kind of treatment Mexican economic experts often faced. In preparation for the 1944 Bretton Woods conference that created the World Bank and the International Monetary Fund, US Treasury official Harry Dexter White consulted extensively with his counterparts in Latin America. As the book shows, these consultations built on over a decade of hemispheric negotiations that proceeded Bretton Woods, and White was especially close to a few Mexican experts who received early drafts of his plans. But his close collaboration with these Mexican economists confounded some of White’s counterparts elsewhere in the US government, and it incensed representatives from Great Britain, who were long accustomed to the decision-making power afforded by their imperial might. A famous comment made by John Maynard Keynes that the invitation of so many Latin Americans and others from the non-industrialized world would turn the conference into a “monkey-house” is well known. But in the British National Archives at Kew, I found correspondence from another British Treasury official, Sir Wilfred Eady, that made this view even more explicit. Eady wrote to a superior in 1944:

“It is also silly to make the pretense that the Mexicans (even though their representative in July was, I understand, a graduate of the London School of Economics) and the Brazilians would discuss ‘at the expert level’ a document which the American Treasury was endorsing. Their function is to sign in the place for the signature. To compare that consultation with the consultation with the Belgians and the Dutch which he seems to suggest we might do is part of the gap in Dr. White’s understanding of the practical way in which international exchange works.”

To our ears today, the assertion that a Mexican official—even one educated at the London School of Economics—couldn’t possibly be as fit for international financial negotiations as someone from Belgium or Holland smacks of unmitigated paternalism, imperial pretension, and outright racism. It becomes even more ridiculous when we learn that the Mexican expert Eady was likely referencing was Víctor Urquidi, who had been born in the suburbs of Paris to a Mexican diplomat father; and that Eady himself was born in Córdoba, Argentina, the son of a railroad engineer working on a British concession. While they were both highly educated cosmopolitan elites, to British eyes, a Mexican economist could never be fit for “expert level” international financial negotiations.

Today we might recoil from the blatant racism of these mid-century British sentiments. But for far too long, scholarship on the creation and reform of global governance has been troublingly consonant with this dismissal of actors from what we now call the Global South. Many of our existing historical and theoretical frameworks have focused exclusively on the actions of the richest and most powerful, rejecting the idea that representatives of the weaker, poorer, debtor countries could have any impact on the institutions created to govern the global economy. In contrast, my research shows how the demands made repeatedly by Mexican experts forced government officials in the Global North to respond, and therefore played a key role in the creation of the apparatus of international development. As such, Revolution in Development contributes to a broader scholarly reconsideration of the place of the Global South in the study of international political economy. The book demonstrates that, despite the condescension of their contemporaries and the neglect of subsequent scholarship, experts from places like Mexico not only imagined new ways of governing the global economy, but fought for a place at the negotiating table to realize them. 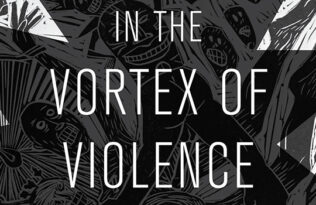