By Chris Barcelos, author of Distributing Condoms and Hope: The Racialized Politics of Youth Sexual Health

The COVID-19 crisis has brought the language and practices of public health into our lives like never before. If there was ever a time to be thinking critically about public health, it is now. When I was conducting research for my new book, Distributing Condoms and Hope: The Racialized Politics of Youth Sexual Health, I spent a lot of time at meetings where various professionals discussed health promotion strategies. Most of these professionals were not from the same communities they served. Often, they were white, middle-class people with advanced degrees devising health promotion strategies aimed at economically marginalized communities of color. At one such meeting, a member of a committee focused on reducing the rates of teen pregnancy and sexually transmitted infections among Latinx youth proclaimed, “We need community members to say to their kids, ‘You’re not going to have sex; you’re going to stay in school!’”

Leaving aside the fact that being sexually active and going to school are not mutually exclusive, this white, middle-class professional woman’s statement highlighted a major failure of much public health work: too often these policies focus on individual-level solutions to structural-level problems. In this view, all that young people needed to overcome racism, classism and economic inequality was a sense of hope and access to condoms. Yet, the problem in this city wasn’t that young people didn’t know where to get condoms or that their parents weren’t involved in their lives—the problems were, among other things, that there was endemic racism in the school system and a dearth of well-paying jobs for young people to look forward to. Scholars and activists working in the tradition of critical public health have long critiqued this failure to account for social power and how it affects policies and programs.

Although Distributing Condoms and Hope, focuses on reproductive justice and youth sexuality, it has many relevant lessons for the COVID-19 crisis. First, shame doesn’t work as a health promotion strategy. For decades, health promoters have tried to convince young people to avoid pregnancy by shaming pregnant and parenting teenagers. This strategy does not promote young people’s sexual and reproductive health, nor does it help improve the lives of teen parents and their children. In my research, teen parents knew that they were being used as warning signs to other young people, and they knew it was harmful to them and their families. Similarly, shaming people into social distancing has done little but ignite social media fights. As sexual health advocates have known for years, a more effective and just approach is harm reduction—a set of strategies that acknowledge that complete abstinence is an unrealistic goal and instead focus on ways to reduce risk.

Second, the book helps us to think about the impact of historical and ongoing injustices on health promotion effectiveness. In the community I studied, health professionals did not adequately account for how the legacies of forced and coerced sterilization among Puerto Rican women may have affected their efforts to promote contraception to youth in the city. Right now, the United States is attempting to roll out a vaccine for a virus that has disproportionately affected Black and Latinx people—two groups that have faced generations of neglect, mistreatment, and outright violence on the part of health professionals. Just as I witnessed when researching the book, right now I see a lot of rhetoric about the COVID-19 vaccine that seems to expect Black and brown people to just “get over” historical and ongoing medical violence. Public health professionals cannot simply expect marginalized people to trust them—they must actively work to build that trust by acknowledging and remedying the reasons poor people and people of color are wary of doctors, social workers, and public health efforts generally.

Finally, Distributing Condoms and Hope can help us think about imagining and building a world after the coronavirus pandemic. In the book, I offer the notion of “educated hope” as a mode of a critique and a prefigurative vision of the world we want to live in. In terms of youth sexuality, this vision doesn’t just prevent unintended pregnancy or STIs, it also promotes reproductive justice. Similarly, we can use educated hope to rebuild a world that prevents COVID transmission and also promotes racial and economic justice through solidarity and social transformation. Educated hope can help us imagine a post-pandemic world where the solutions we build to address health-related inequalities generate solutions for broader inequalities—a world in which quality, affordable, and accessible housing, healthcare, employment, and education are the “new normal.” 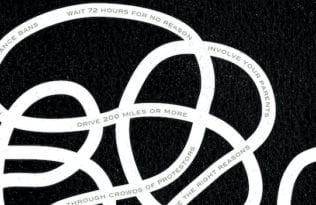 Including More Women Coaches in Youth Sports: Why it Matters