This short book predicts—contrary to the prevailing consensus—that China’s leader Xi Jinping will very soon be removed from office in a coup d’état mounted by rivals in the top leadership. The leaders of the coup will then end China’s one-party dictatorship and launch a transition to democracy and the rule of law. A long-time diplomat and development banker, author Roger Garside draws on his deep knowledge of Chinese politics and economics first to develop a detailed scenario of how these events may unfold, and then—in the main body of the book—to explain why. His gripping, persuasive account of how Chinese leaders plot and plan away from the public eye is unique in published literature.

Garside joined us to discuss the unique approach his book takes, how his experiences as a diplomat in China informed his work, and what readers will take away from his new book.

Roger Garside is a former diplomat, development banker, and capital market development advisor, who twice served in the British Embassy in Beijing, and is the author of the highly acclaimed Coming Alive: China After Mao.  He has been following developments in China since serving as an army officer in Hong Kong in 1958.

China Coup takes a bold and original approach. You argue—against the prevailing consensus—that China’s one-party dictatorship will soon end and a transition to democracy will be launched. You also provide a narrative account of how these events might unfold. Why did you choose this unique approach?

I chose it to awaken the imagination of my readers and challenge their intellect. I say to them, in effect, if you doubt my predictions, read this story, and ask yourself, Why should it not come to pass? Then read my evidence and my arguments, and ask yourself, Are they right or wrong? If wrong, where and how?

You have spent decades working in China as a diplomat, development banker, capital markets advisor, and author. How have these experiences shaped your understanding of China and your motivation to write China Coup?

Two questions have shaped my career: How do nations escape from poverty? And what constitutes good government? My experience on the front lines of economic and political struggle and change have convinced me that democracy and the rule of law are essential to achieving growth with equity, and they appeal to people everywhere in our time. China is no exception. These convictions enabled me to foresee in 1978 the era of reform and opening in China, and then foresee collapse of the Soviet Empire. They shaped my first book forty years ago, which was called “prescient,” and they have shaped this book. I have been motivated by my determination to illuminate the future and sustained by my faith in the Chinese people.

Historian Robert Conquest described the Soviet Union as “a country where the political system is radically and dangerously inappropriate to its social and economic dynamics. This is a formula for change—change which may be sudden and catastrophic.” To which you comment, “What was true of the Soviet Union then is even more true of China today.” Can you elaborate on what you mean?

Over the past forty years, China’s transition to a market economy, although stopped halfway, has brought into being a dynamic private sector and a big middle class that is property-owning, educated, networked, and enterprising, but denied all political rights. Karl Marx himself would have warned China’s leaders that the tension between economic and social change and an unchanging political system would be unsustainable. These leaders stopped the transition to the market economy a decade ago lest it undermine their grip on power. But there is widespread recognition among the elite that the contradiction inherent in economic change without political change has created deep-seated problems—a vulnerable financial system, all-pervasive corruption, social inequality, a deep moral crisis, etc.—which cannot be resolved without a change of political system. They know that this is China’s great unfinished business.

Can you point to one aspect or event of Xi Jinping’s rule that you believe most threatens China’s future?

Xi believes that by reinforcing its totalitarian system, the Communist Party can strengthen its hold on power and overwhelm the United States and its allies. This is a fatal miscalculation that has set China on a collision course with the liberal democracies and alienated much of the elite through whom he exercises power. His totalitarian regime is intensifying China’s problems. The regime is incapable of self-correction, and it is hastening its own end.

What new insights about China will readers take away from your book?

The United States and its allies must defend their interests and values more robustly against Chinese aggression, which takes the forms of cyber theft, rampant espionage, territorial expansion in the South China Sea, disregard for international law, military threats to democratic, peaceful Taiwan, and attacks on freedom of expression abroad as at home. If the United States and its allies use their strength, powerful rivals to Xi will act to save their nation and themselves by ousting him and leading a transition to democracy.

Musical Biography
Beethoven, A Life for the 250th anniversary of Beethoven's birth 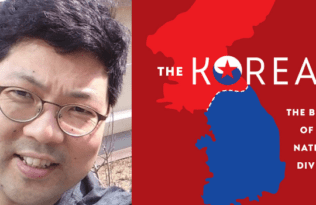