This post is part of our #RaisingOurVoices2020 blog series. Learn more at our American Anthropological Association virtual exhibit.

UC Press author and anthropologist Rebecca Lester recently won the 2020 Victor Turner Prize in Ethnographic Writing for her book Famished: Eating Disorders and Failed Care in America. As part of our virtual AAA 2020 conference blog series, we reached out to Lester to ask about why she wrote the book, the misconceptions around eating disorders, and her advice for aspiring ethnographers.

Rebecca J. Lester is Associate Professor of Anthropology at Washington University in St. Louis and a licensed clinical social worker. She is the author of numerous academic articles and the award-winning book Jesus in Our Wombs.

UC Press: Thanks for joining us to discuss your award-winning book, Famished. Can you start by telling us about your general research interests and areas of expertise?

Lester: Thanks so much for having me!  I’m a medical and psychological anthropologist with a research focus on embodiment, intersubjectivity, and cultural practices of self-cultivation.  My research has taken me to a Mexican convent, an American eating disorders clinic, and communities practicing polyamory and consensual non-monogamy in the US.

What links these projects together is an interest in how people discern and make sense of existential distress, and the kinds of practices – bodily,  affective, interpersonal, political – they engage in as they seek understanding of their suffering and pursue new forms of meaning in their lives.  Along with being an anthropologist, I am a licensed clinical social worker with specializations in eating disorders, personality disorders, and trauma. I run a small not-for-profit psychotherapy practice in St. Louis.

UC Press: Your work on Famished was deeply tied to your own personal experiences. Can you tell us more about the story behind this project?

Lester: Yes, this is a profoundly personal project for me, with roots in my own history.  I struggled with anorexia twice – first when I was eleven, and again when I was eighteen.  I was hospitalized both times and underwent many months of treatment to help me recover.  In between those episodes and for a while afterwards I also had experiences with bulimia and binge eating, so I really experienced the entire spectrum of eating disorder behaviors over a period of many years.

But as horrible and traumatic as those experiences were, they forged a very strong determination in me to make a difference in how these conditions are understood and treated.  Even when I was eleven, I knew that something was really wrong with prevailing understandings of eating disorders.  The approaches and interventions just seemed so out of synch with the actual experience of having an eating disorder. I felt constantly misunderstood and unseen in ways that were acutely harmful, and I knew from reading and talking with others that I was not alone in feeling that way.  I remember thinking at that time that I wanted to get better so I could grow up and do something that would help.  Certainly, a lot has changed since then, and treatments are better now on the whole.  But a lot of the same problematic assumptions continue to condition eating disorders treatment today, and they’ve even been exacerbated by the advent of managed care.  We have a long way to go.

UC Press: You are an anthropologist and a licensed social worker. How does having these two perspectives, both clinical and ethnographic, influence your research and the insights you are able to draw in Famished?

Lester: I am an anthropologist first and foremost. I didn’t pursue clinical training until after I was settled in my academic position at Wash U.  So I come at social work from that foundation.  It’s a really productive combination and there’s a great synergy.  Anthropology and social work are interested in a lot of the same kinds of questions, though of course they take very different approaches to engaging them, and they operate with some important differences in terms of ethical imperatives which requires really careful attention.

As far as the research, I began my work at the eating disorders clinic as a traditional sort of ethnographer.  I was given a lot of access to the goings on at the clinic, but some things were simply not accessible to me as a non-clinical person, given HIPPA protections and liability issues.  But once I began my clinical training, all of that shifted and a lot of doors opened up to me.  For one thing, I was able to train as a therapist at the clinic and to take on clinical responsibilities (with full disclosure to clients about my role as a researcher, obtaining consent, etc.).

Moving into clinical work was enormously eye-opening for me in terms of understanding the kinds of pressures clinicians face and the ethical dilemmas they navigate on a daily basis.  I knew some of that from my observations, of course, but that’s a far cry from actually having primary responsibility for someone’s wellbeing and running up against the structures that interfere with delivering care.  I certainly gained a lot more empathy for clinicians and what they deal with.  There’s still plenty to critique in terms of how the whole system functions, but I got a lot more insight into how individual clinicians can maneuver within that system in a variety of ways, even as in other ways their hands are tied.

UC Press: There are so many misperceptions about eating disorders, from pop culture to the medical field itself. How does Famished help us to “rethink” eating disorders and better understand those who suffer from them?

Now, it’s not that these statements are all entirely false, but they only skim the surface and give a very skewed view of what’s going on. Saying eating disorders are about thinness is like saying someone with OCD who checks the light switch a dozen times to make sure it’s turned off is obsessed with conserving electricity.  Yes and no.  The question is: why?  What does it mean to that person to be engaging in that activity?  There’s a tendency in the research and clinical work to focus on the purported outcome or goal of eating disorder behaviors (thinness) as conveying the meaning of those behaviors, but it’s actually much more complicated than that.  The ultimate “why” of an eating disorder is less about seeing a number on the scale and more about how the practices of body discipline and affective modulation shape a person’s sense of being in the world.  Eating disorders are a form of affective practice that shapes, orients, produces, and gives meaning to how the material and immaterial dimensions of being are experienced in a given context.

In trying to capture this perspective, in the book I describe eating disorders as what I call a technology of presence, or a suite of culturally informed bodily, affective, cognitive, psychological, and interpersonal practices that work together to conjure a form of being that has two distinct features: First, it involves an experience of immediate, grounded, and engaged connection to the world—a subjective sense of “being there.” And second, it renders one perceptible and intelligible to others as a legitimate subject in local terms — a relational sense of “being there.”  In other words, “presencing” means coming into being or becoming real in ways that are locally recognized as mattering.  This is an existential project, as it entails questions of the meaning of existence and the purpose of being.

Thinking of eating disorders as technologies of presence helps us understand why people cling so tenaciously to them, even when they are miserable and claim to want to get better.  It is not just that they are stubborn or resistant or lying.  Rather, people come to presence through their eating disorders, even when that presencing involves forms of absence.  It is how they inhabit the world and how they become materialized, perceptible, and recognizable to others (and themselves), even when this perception and recognition is fraught with blind spots and misalignments and blurred edges. The loss of the eating disorder means the loss of presencing.  It is an existential death.

UC Press: In many ways, your book exposes the tension between profit and care in the American health care system, and how it often does not serve those who have eating disorders. How do you see this trend being impacted by this year’s covid-19 pandemic?

Lester: Eating disorders are especially impacted by the current pandemic.  A new study in the International Journal of Eating Disorders found that stockpiling of food and home supplies out of fear of supply disruptions can trigger urges to binge in people with bulimia. Anxiety around food availability can also trigger the urge to starve.  Most people in the study also reported concerns that their eating disorders would get worse with the lack of structure and loss of social supports that have come with social distancing.  About half of the people in the study were receiving no care at all for their eating disorder.  For those who were and had to transition to telehealth, most reported feeling that the care they received was substantially worse than in person care.  But most of all, eating disorders thrive in isolation.  And they are strategies for managing affect.  In a time when we are all feeling isolated and anxious, it’s not surprising that people with eating disorders would especially struggle.

In terms of treatment, as with most conditions, care for eating disorders has been severely affected by the current pandemic.  Understandably, hospitals have to direct their resources where they are most urgently needed, and that means that access to eating disorder care–which was already on the losing end of things–has become even more difficult.

UC Press: We were thrilled when we heard that Famished won the 2020 Victor Turner Prize in Ethnographic Writing. Can you tell us about your own approach to ethnographic writing and any advice you have for aspiring ethnographers?

Lester: Winning the Victor Turner Prize is incredibly meaningful for me, especially because this book was really difficult to write, and I struggled with it for a long time.  It braids together three different perspectives, that of an anthropologist, a clinician, and someone who has been through the experience of having a serious eating disorder.  So I had to figure out how to do that while also having a coherent argument and a compelling narrative arc.  Through the writing, I wanted to bring readers into the world of eating disorders, to make them care about the people in the book and to really feel and appreciate how dire the situation is, without sensationalizing suffering or portraying people with eating disorders as helpless victims.  I also wanted to capture the ethical dilemmas clinicians face and to show them as people trying to do the best they can under impossible circumstances.  So it was a complicated task.

I approach ethnographic writing sort of like composing a musical score.  The main ethnographic story or narrative arc is the melody–it’s what pulls you along and gives form to the piece.  The theoretical argument is like the bass line.  It provides deeper structure to the piece.  It supports and amplifies the melody, sometimes by echoing it, sometimes by providing a backdrop against which the melody stands out.  The ethnographic material becomes the building blocks of the chords and harmonies that pull the piece together and give it substance.  I tend to write in layers kind of like this, rather than starting at the beginning of a chapter and writing through to the end.

#2020ASA: New and Notable in American Studies
Anxiety and Rebellion: A CPCS Virtual Issue for the 2020 ASEEES Virtual Convention 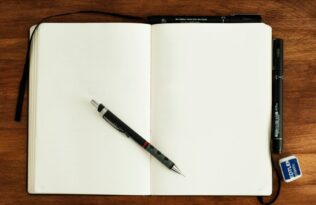 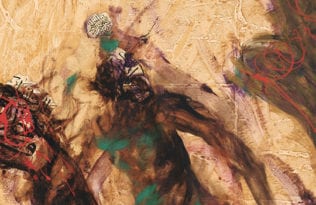 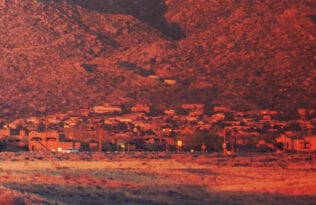 Struggling to “Have a Life” – How Adolescents Navigate Psychiatric Care