Although we are unable to see you in person at this year’s Middle East Studies Association conference, we’d still love for you to “stop by the booth” and meet with us virtually. US History Editor, Niels Hooper, is taking proposals and Zoom appointments over the next couple of weeks.

“In US and Western History, UC Press has made its mark by being at the cutting edge of key trends. We focus on issues that match our progressive mission and exist in the fore in these decades. Concentrating mainly on late 19th and 20th century US social and cultural history, we are focused particularly on African-American history, ethnic studies, and social movements.

Our high profile and long-standing American Crossroads series, with its rigor, its historical/archival core, and its continuing originality has made it a signature force. The series can be credited with being a significant part of establishing the field of Ethnic Studies, as well as making the field of American Studies relevant in today’s political culture. Last year Manu Karuka’s book, Empire’s Tracks: Indigenous Nations, Chinese Workers, and the Transcontinental Railroad, received widespread attention, and this year Stuart Schrader’s book, Badges Without Borders: How Global Counterinsurgency Transformed American Policing couldn’t have been more timely garnering widespread media mentions and rave reviews.

Interested in publishing your work with Niels and UC Press?
Schedule a meeting.

Learn more about US History and California & Western History at UC Press and see what it takes to write a strong book proposal. 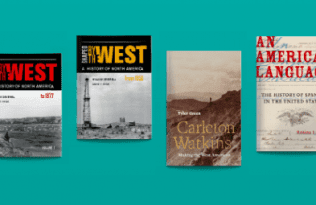 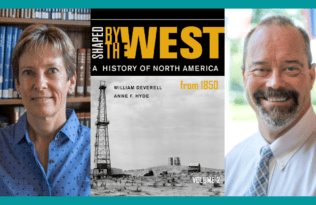