By Jennifer L. Holland, author of Tiny You: A Western History of the Anti-Abortion Movement

The 2020 edition of American politics is showing once again the power of a politized conservative minority —for whom legal abortion trumps all other issues. For these conservatives, abortion is murder, and no weakness—sexual, familial, or political—could outweigh the importance of a candidate’s pro-life stance.

Colorado 1967 could not have been more different from America 2020. A return trip back to that year shows a political world and perspective on abortion lost to our common cultural memory and foreign to the modern politics that dictate our lives.

In 1967, Colorado became the first state in the country to liberalize its abortion law. That year, Colorado’s legislature expanded the legal reasons for abortion to include rape, incest, and if a woman’s mental health was at risk. Until then, Colorado, like most other states, only allowed abortion when a woman’s life was at stake. Two months after it was proposed, the abortion reform law passed easily, with sizeable majorities in both houses of Colorado’s legislature, and with support from Democrats and Republicans and from rural and urban legislators. The day had been won for liberalized abortion using less than one hundred dollars in promotion money.

Most holdouts in the legislature that year were concerned that Colorado would become “a mecca for abortions,” not that they were legalizing murder. Catholic priests and many parishioners compared abortion to murder at the time but their arguments did not set the terms of public debate. Even one Irish Catholic assemblyman who opposed the bill told a panel that what he feared most about the law was that it would make the state into “a mecca” for abortion-seekers. Many worried that young women from around the country who had “gotten themselves in trouble” would swamp the state.  This built on longstanding anxieties that Colorado was a haven for the wayward girl and her trusty sidekick, the abortionist. At midcentury, Denver had been known as the “abortion capital of the nation.” Hesitant legislators in 1967 worried that abortion would be Colorado’s new boom commodity, and attract the wrong kind of entrepreneurs and consumers.

Richard Lamm, the rookie legislator who proposed the abortion reform law, repeatedly assured Coloradoans and national observers that the state would not become an “obstetrical Las Vegas.” Of course, Las Vegas was known for legalized gambling, licit prostitution, excessive drinking, easy marriages, and quickie divorces. But these were sins of excess, sins of impulse, or sins of abandon—sins that existed quietly everywhere but were openly available and marketed to Americans in Las Vegas.  These were not capital crimes in any state, and many Americans would not have considered them mortal sins.

Abortion was akin to gambling or prostitution in this early debate, not to murder.  Rather than a reproductive Sin City, Lamm believed, “Colorado could become the nation’s conscience center, where potential tragedy could end.” As such, Colorado could be the place with no more back alleys, no more wire hangers or knitting needles, and no more legal shame. Lamm was backed by a cadre of professionals—doctors, psychiatrists, social workers, clergymen, and, later, feminists—who agreed.

How did we get from that world to ours?

The answer lies in the fifty years of work by the anti-abortion movement to change Americans’ view of abortion, politics, and themselves. Over half a century, activists made the political personal to many white Americans.  They brought fetal imagery and its attendant politics into crisis pregnancy centers, onto public thoroughfares, and to schools, churches, and homes. They inserted fetal politics into profoundly intimate relationships: between husband and wife, child and parent, people and their God, to name a few. In the process, activists developed and fostered a constituency of white Americans for whom anti-abortion politics became essential to their sense of self.

This work ultimately and flowed onto the sidewalks outside of abortion clinics and trickled up into the halls of power. By 1980, the Republican Party had embraced this movement as its own. By the late 1990s, anti-abortion voters were demanding that the GOP put forward candidates that not only paid lip service to “life,” but also passed anti-abortion laws. Nominating pro-life Supreme Court justices eventually became the political goal that superseded all others. Republican candidates and elected officials—from Newt Gingrich to George W. Bush to Donald Trump—lined up to be anointed by this movement.. Once elected, these politicians made good on their promises, most importantly President Trump who has likely delivered three pro-life Supreme Court justices.

Before Roe v. Wade, the Supreme Court decision that anti-abortion activists saw as evidence of the nation’s moral rot, feminists and clergymen were not only testifying to state legislatures but spiriting women across state and national borders toward safe and economical abortions. Activists helped women toward what Colorado’s legislators called abortion meccas and what women, who sought to determine the course of their own lives, called sanctuaries. If we are distant from 1967 rhetorically, we are unfortunately close to it practically. American woman have long faced a world where what state you live in determines what reproductive rights you have. They live in a present where any emergency—like the Covid-19 pandemic—can provide a justification to reduce access to reproductive healthcare. They face a future where an “obstetrical Las Vegas” would be an oasis in the desert. 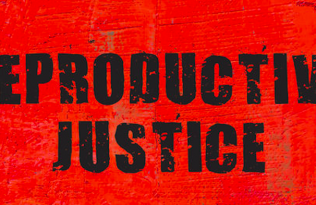 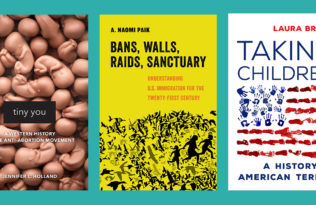 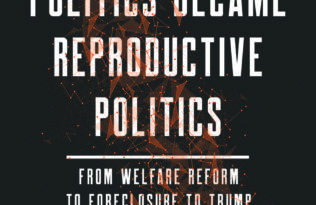 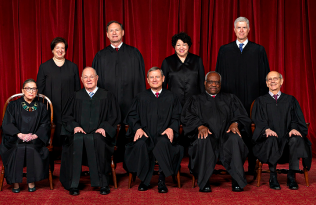