This post is part of our AMS 2020 conference blog series. Check out our virtual exhibit page for more.

By Axel Englund, author of Deviant Opera: Sex, Power, and Perversion on Stage

The camera is rolling. Here is a middle-aged, bald nerd in thick glasses sitting at his mother’s kitchen table. As he pushes the button of the cassette player, a low-fi piano recording delivers the accompaniment of the “Habanera” from Carmen. He nervously clears his throat––equally aware perhaps of Maria Callas’s gaze from the framed photograph behind him and ours before him––and while his aging mother brings him a glass of milk and a sandwich on a tray, he starts singing about the rebellious bird of love.

This scene opens the first of three short films entitled MeTube, directed by Daniel Moschel (2013–2020). All are among my favorite gems of online hilarity. As the clip continues, Carmen’s familiar riff on love’s lawlessness is borne out and then some. In all of the MeTube clips, the everyday tedium of the nerd (played by tenor August Schram) is transformed into an ecstatic celebration of boundless desire. Starting out in the ordinary world, they are soon peopled by BDSM buffs and fetish fashionistas, crossdressing exhibitionists and extravagantly queer club crowds, and everyone is dancing to disco remixes of operatic earworms, accompanied by musicians donning latex face masks, leather thongs, or rubber ball gags.

This transformation is the work of opera. That old freak of an art form––now well into its fifth century––comes across as the gateway to a magical world of sensuality and eroticism, where the most scandalous fantasies become reality. Though presented with exceptional ingenuity by Moschel, this idea is not taken out of the blue. Throughout its history, opera has repeatedly been suspected of catering to desires on or beyond the border of the socially acceptable. From the star castrati, whose voices were sometimes thought to effect sex changes and subvert heterosexuality, to the luscious eroticism of Wagnerian music drama, where fantasies of incest and infidelity flew into the face of bourgeois norms, the opera has been seen as an epicenter of perversion.

In the last few decades, though, this tendency has taken a specific shape on stage, which resonates with the kinkiness showcased in MeTube. Today, regular operagoers may find themselves intrigued (or infuriated!) by how often handcuffs, blindfolds, riding crops, whips, chains, latex, leather and rubber find their way into productions of Mozart, Wagner, Puccini, and other staples of the repertoire. My book Deviant Opera: Sex, Power, and Perversion on Stage was born from a combination of bewilderment and curiosity vis-à-vis this tendency. Where did this strange cultural phenomenon come from? What can it tell us about operatic works and operatic performance?

Like BDSM, moreover, the gender politics of opera is a fraught issue, which tends to polarize queer and feminist criticism. Claims of subversion have often been made on opera’s behalf, but just as regularly it is accused of misogyny (and stagings that emphasize sex and violence often aggravate this). In its onstage fiction, opera famously insists on killing the female leads to its most climactic music, and the hierarchies of its backstage reality are fertile ground for harassment and exploitation, as recent years have made abundantly clear. (Even the droll MeTube cannot close its eyes to Metoo-related issues: as the third film begins, a dirty old casting director gropes the auditioning soprano on the pretext of teaching vocal technique, but is immediately punished by the nerd’s mother, who inserts a probe-like gadget straight out of R2D2’s toolbox into his rectum.)

The uneasy combination of the sensual, the silly, and the sinister thus highlighted by this style of staging lies at the core of contemporary opera culture. If opera criticism wants to stay relevant to the twenty-first century, it needs to confront this truth head-on.

The Eoan Group and Opera in the Age of Apartheid 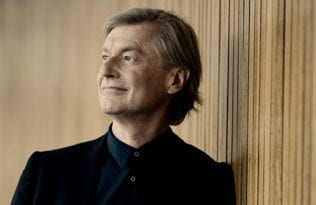 An Interview with Jan Caeyers, author of Beethoven, A Life